Salzburg and The Mirabell Gardens..

In June my lovely friend Linda and I
took a trip to Austria for the Austrian Grand Prix.
Before we arrived at our final destination, we had a few
detours. One being Salzburg.
I am going to start with Mirabell Gardens.

Several scenes from The Sound of Music were recorded here. Maria and the children sing 'Do-Re-Mi' while dancing around the horse fountain and using the steps as a musical scale.
﻿ 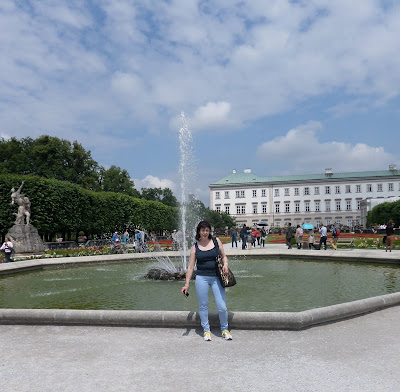 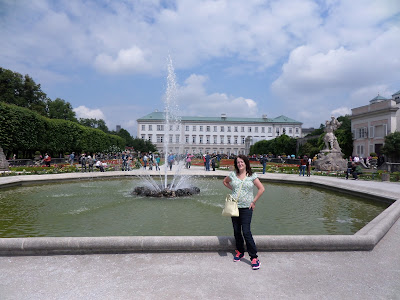 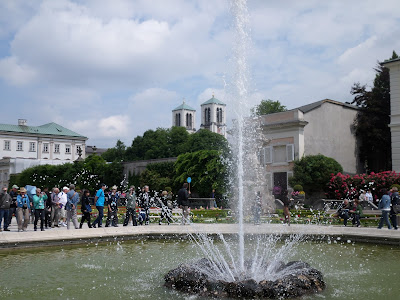 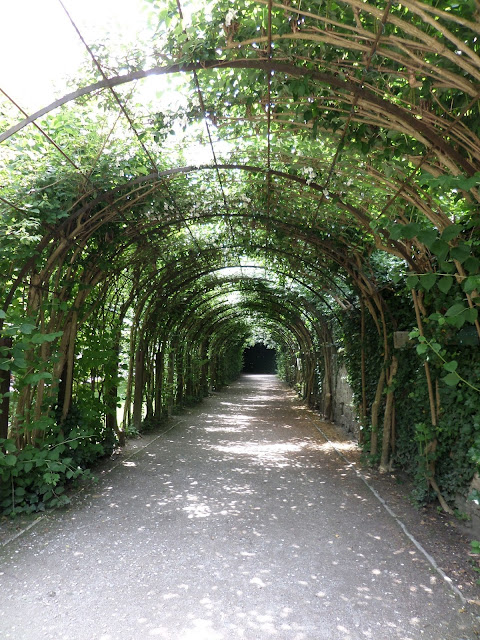 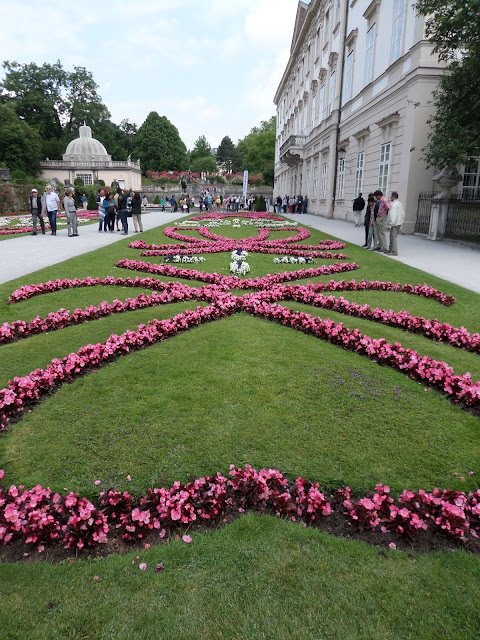 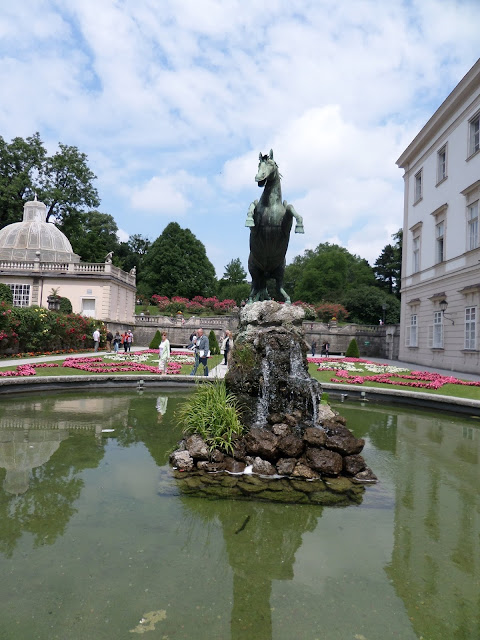 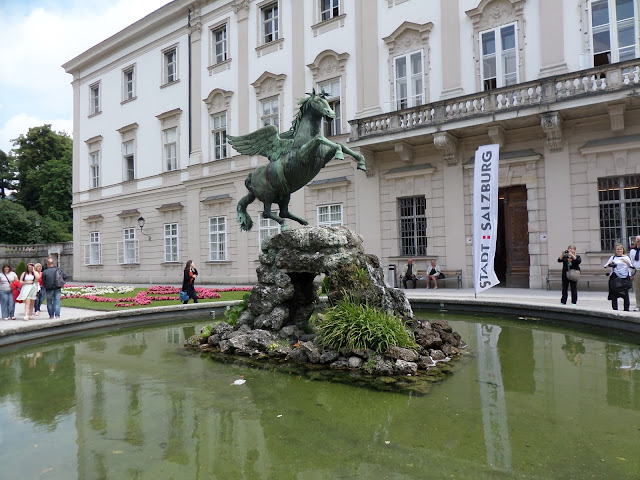 ﻿
Franz Joseph was born in the Schönbrunn Palace in Vienna, the oldest son of Archduke Franz Karl (the younger son of Holy Roman Emperor Francis II), and his wife Princess Sophie of Bavaria. Because his uncle, from 1835 the Emperor Ferdinand, was weak-minded, and his father unambitious and retiring, the young Archduke "Franzl" was brought up by his mother as a future Emperor with emphasis on devotion, responsibility and diligence. Franzl came to idolise his grandfather, der Gute Kaiser Franz, who had died shortly before the former's fifth birthday, as the ideal monarch. At the age of 13, young Archduke Franz started a career as a colonel in the Austrian army. From that point onward, his fashion was dictated by army style and for the rest of his life he normally wore the uniform of a military officer.[3] 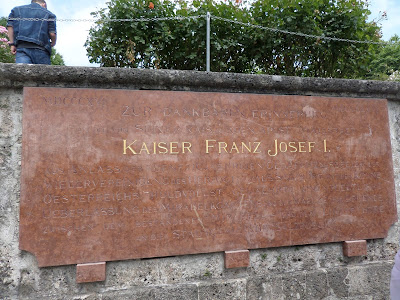 Sorry don't know who this female is , ..
Love the Statue. 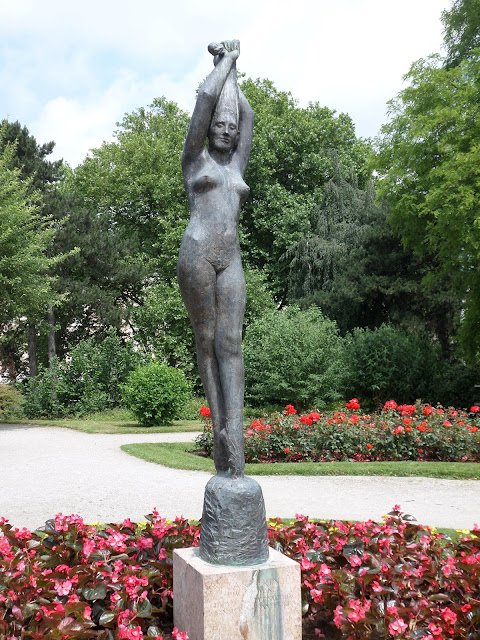 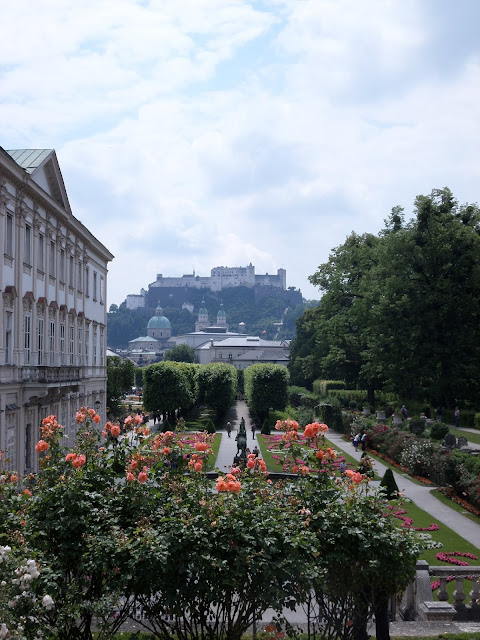 The Mirabell Gardens
The famous Mirabell Gardens were redesigned around 1690 under Prince-Archbishop Johann Ernst Graf von Thun to plans by Johann Bernhard Fischer von Erlach and completely remodeled around 1730 by Franz Anton Danreiter. The Pegasus Fountain, a work by Kaspar Gras from Innsbruck, was installed in 1913. The four groups of statues around the fountain were sculpted by Ottavio Mosto (1690) and symbolize the 4 elements: fire, air, earth and water. The Mirabell Gardens were opened to the public by Emperor Franz Joseph in 1854. Today they are a horticultural masterpiece and popular backdrop for photographers.
We had a lovely walk round these beautiful gardens and then saw more of Salzburg.
It is a fabulous place.
on September 10, 2015