My lovely friend Diane (from Liverpool)  and her hubby Ian
went on one of their little breaks.
They normally go to
Anglesey in Wales
but this time they broke with
the norm and went to
Garrigill in Cumbria

The village's former name is Garrigill-Gate and it was earlier known as Gerard's Gill. (Gill is a Norse word for a steep sided valley).


Here is the lovely card Diane sent me , not a postcard! 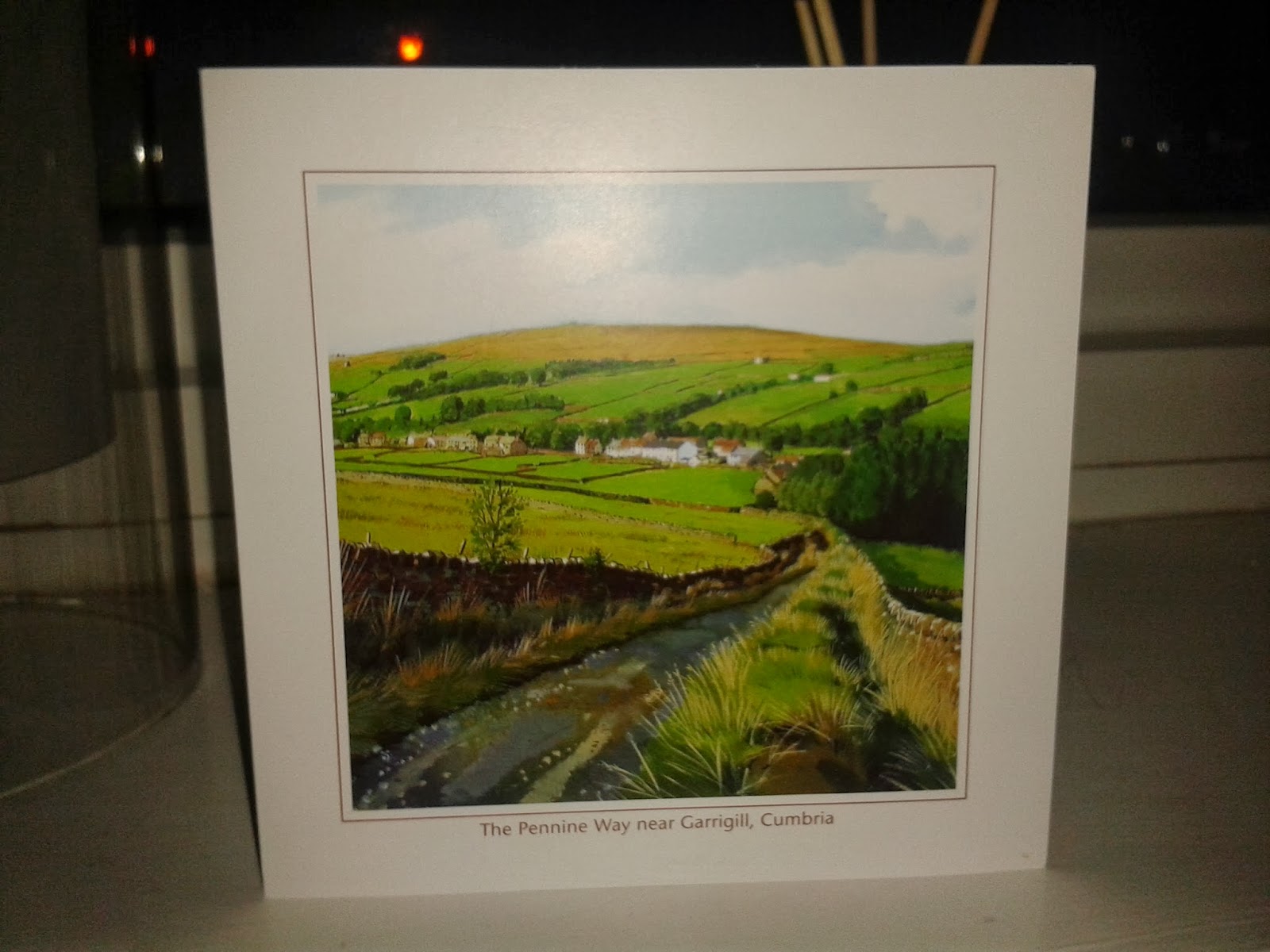 Garrigill is about 3 miles from Alston which is high up in the North Pennines,
Alston claims to be the highest market settlement in England,
being about 1000 feet above sea level.
Thank you so much Diane , a lovely cheery surprise.
Diane did used to blog , but due to health etc she took a break
BUT


she has now said this
"more to follow on my blog"
So hopefully Diane will be back blogging
about her trips and her fabulous meals
that her and her hubby have..!!
Lets hope so!