Postcards keep coming,
it is so fantastic.
Leslie my great friend from Vancouver
told me to look out in the post, but it
was still a surprise as you never know
what the card is of.
I like it when cards are of
different things other than Castles,
churches etc ..
This  card is of one of the  oldest
stores in the village of Ladner, British Colombia.
I would love a good look in there too Lorne.
I bet there are some interesting items in there,
and ones we most probably have not seen in the UK!! 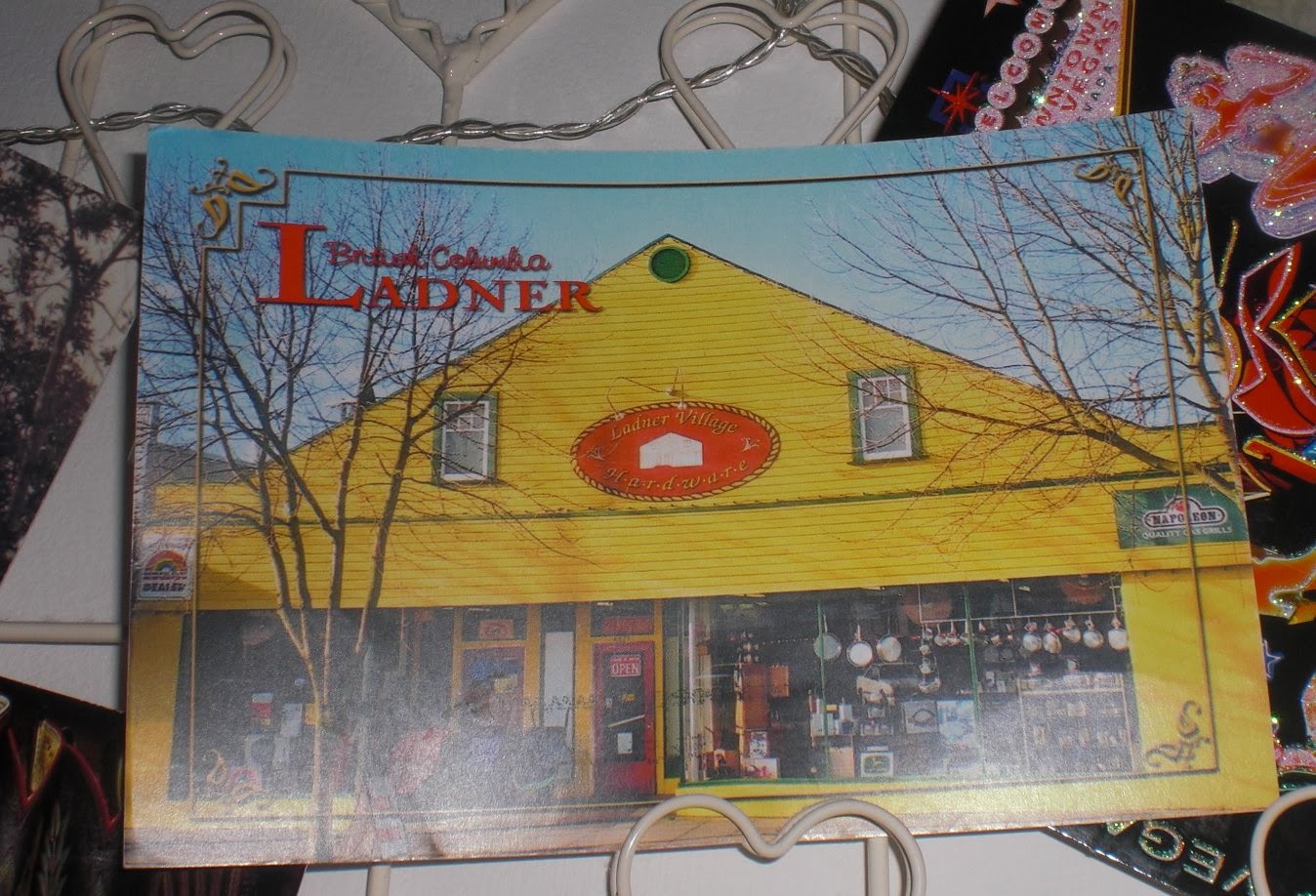 Ladner was created as a fishing village on the of the Fraser River. .

Many areas around the Fraser River  were  named after  the original Europeans to settle there. It was first called Ladner's Landing,as  the area was settled by Thomas Ellis Ladner(1837-1922) and William Henry Ladner(1826-1907).

Thomas Ellis Ladner is one of British Columbia’s most respected pioneers. He and his brother, William Henry Ladner , founded the village of Ladner’s Landing where a was opened on March 1, 1875. Today, Ladner is known for its historic town centre and its scenic waterfront location on the Fraser River Estuary.

Thomas was born in Trenant Park, Cornwall, England on September 8, 1836. I have tried to find the place , but I believe it is in Looe.

He travelled from England to the United States with his brother William in 1851. Once gold was discovered in the Fraser River, they moved to BC in 1858. By 1868 they had acquired twelve hundred acres in the lower Fraser River delta and began farming. They were the first permanent European settlers in the region.

The  large family home and acreage in Ladner was named Trenant Park, and stood on the now occupied by Trenant Park Mall.


Big thank you to my wonderful friend Leslie,
who  also has a very interesting blog , take a look.
Think you will love it , especially
the ABC posts ♥