Postcard collection gets another boost ......

The first postcard is from

Ellee....﻿ I  have known Ellee for quite a
while, but we have never met, hopefully one day!

A lovely lady, with a very very interesting blog!!! 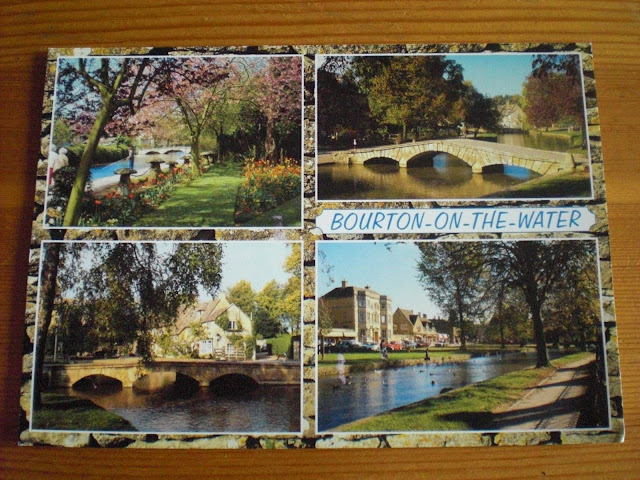 Ellee sent me a lovely card from Bourton-on-the-Water,
which is not far from where I live.. but it doesn't matter,
she thought of me on her trip..:-)

I think I have been there,not sure.. if I have it was
a long time ago.

Bourton-on-the-Water is in the Cotswolds and is known
to some as the Heart of England.
A very popular tourist in the region and some have
described it as the "Little Venice". 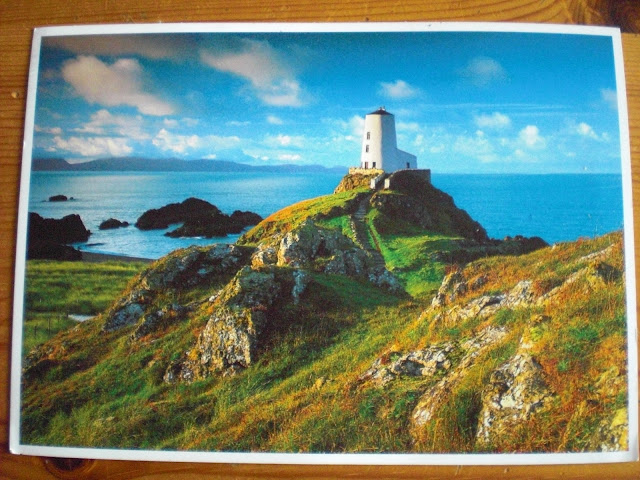 who you know has just recently returned from a trip to Wales..

This is Llanddwyn Island ...(Ynys Llanddwyn) though not quite an island as
it remains attached to the mainland at all but the highest tides and is part of the
Newborough Warren National Nature Reserve.

The name Llanddwyn means "The church of St. Dwynwen".
She is the Welsh patron saint of lovers,
making her the Welsh equivalent of St. Valentine.
Her feast day, 25 January, is often celebrated
by the Welsh with cards and flowers,
just as is 14 February for St. Valentine.

I have read her story and wishes, I find them quite sad,
but then she became the Welsh Patron Saint of Lovers..

I hope you all enjoy them as much as
I do.

I will be getting back into blogging again very soon,
I think, and Paris is next on the list. x
on August 29, 2011