is a must if you are ever  near Grado.
View Larger Map
Barbana is a small island located at the northern end of the Grado Lagoon, near Trieste in north-east Italy. It is the site of the Santuario di Barbana, an ancient Marian sanctuary whose origins date back to 582 when Elia, Patriarch of Aquileia, built a church near the hut of a hermit called Barbano. The island, which can be easily reached by ferry from nearby Grado, is populated by a small community of Franciscan monks. 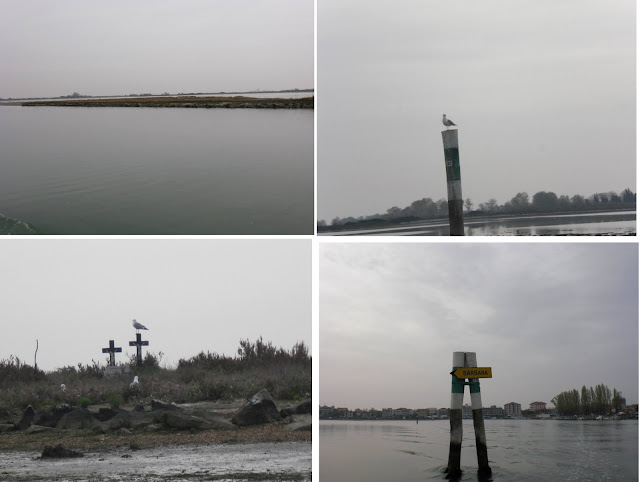 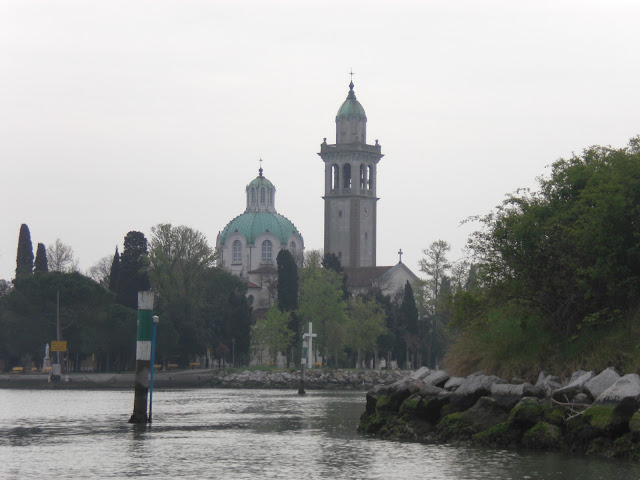 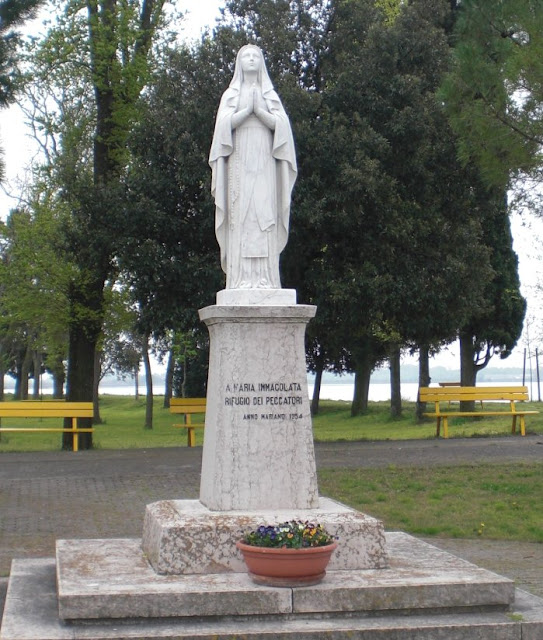 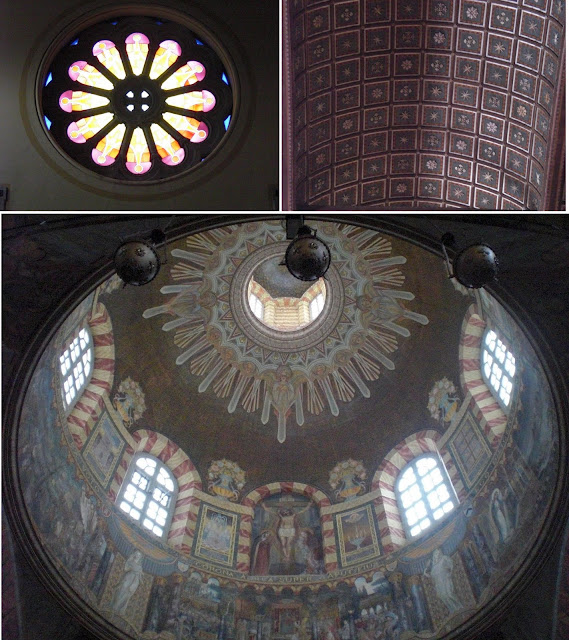 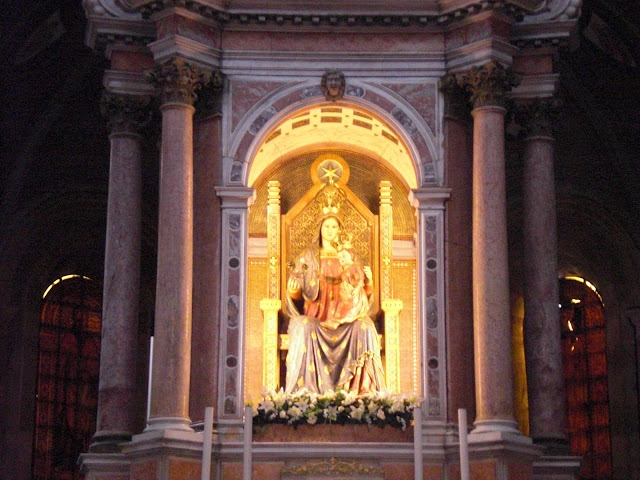 The Asmodeus of Barbana 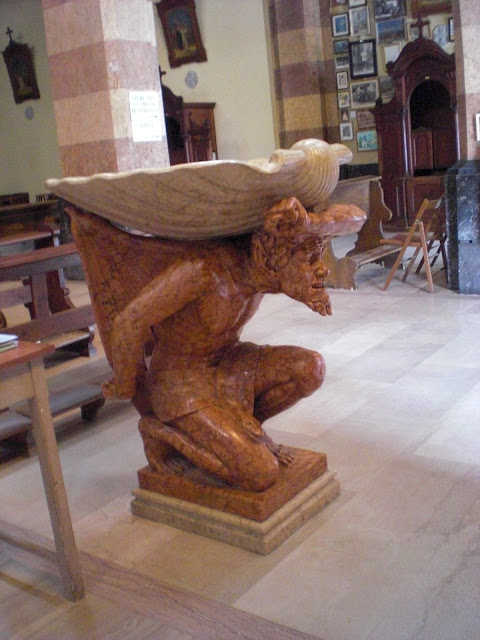 A short distance from the church, is the apparition chapel, built in 1854 to celebrate the dogma of ' Immaculate Conception . The chapel, octagonal, has taken the place of an earlier votive capital and was decorated in 1860 by the painter udinese Rocco Pitacco . . The paintings represent the glorification of Mary between angels and characters of ' Old and New Testament 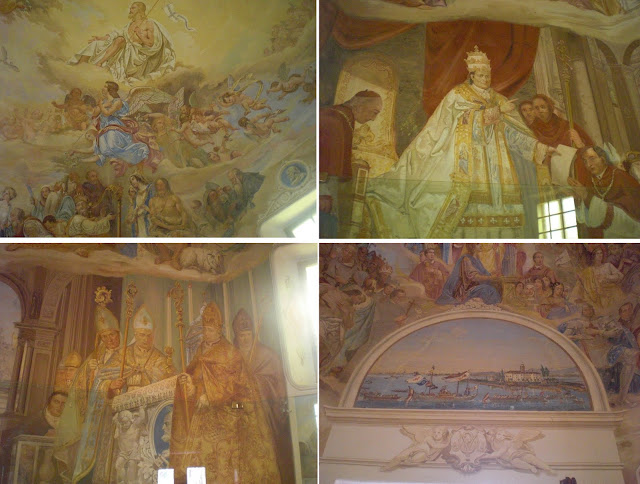 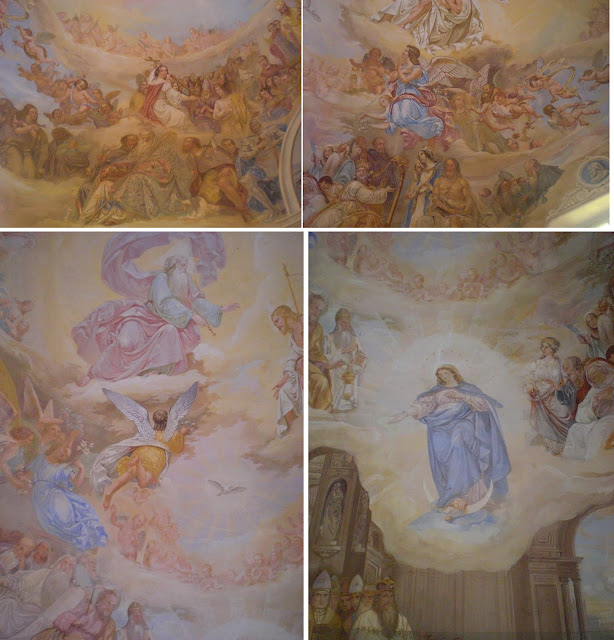 Also in the chapel, which is surrounded by a small cemetery are the remains of the venerable Bulles Egidio , a young Istrian distinguished for his apostolate in Pula and Monfalcone 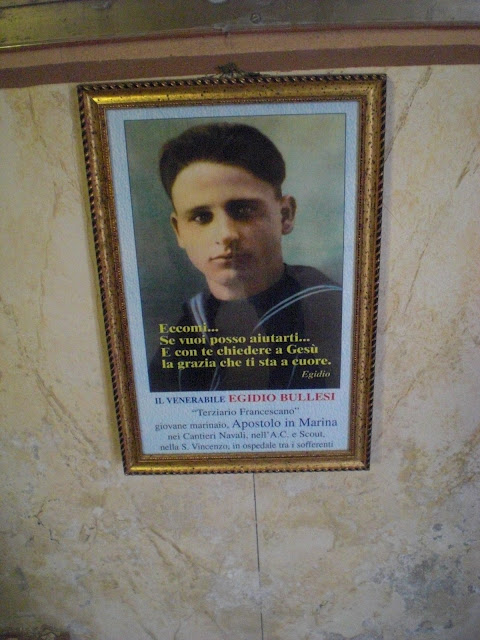 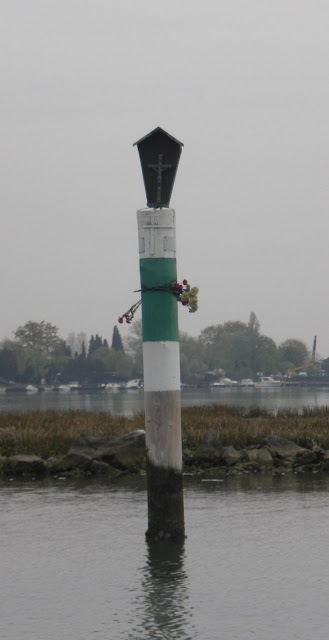 We passed this cross on the way and it
was my cousin's father-in-law that
placed it here ... as protection for the fishermen,
(I should pay more attention and listen
or write things down, the story is a little longer than
just this). 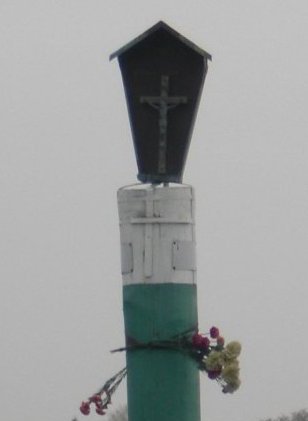 We were very priviledged on this day, as not
only did we have the boat to ourselves .. (it was not really
the season, so the  normal passenger ferry was  not running )so they
took us in the small boat ....BUT we also had the chapel (within the main
church to ourselves) and our own private mass said.

I do hope that you are enjoying this small tour of an area not that
well known (correct me if I am wrong)!!!.  Very interesting to see beyond the Lakes, Florence, Rome and Cinque Terra, Amalfi,Positano ..
and other more well known parts of Italy.
on May 16, 2011