More from the Walk in London with Jennifer ...

I am not doing posts in order, just
As they come and places of interest and architecture (old and new)
.
London Stone is a historic landmark traditionally housed at 111 Cannon Street in the City of London. It is an irregular block of oolitic limestone measuring 53 × 43 × 30 cm (21 × 17 × 12"), the remnant of a once much larger object that had stood for many centuries on the south side of the street. Currently the stone is housed at the
Museum of London pending reconstruction of the 111 Cannon Street building. 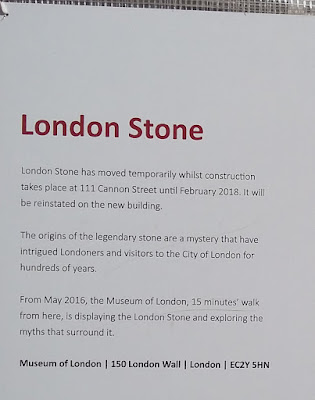 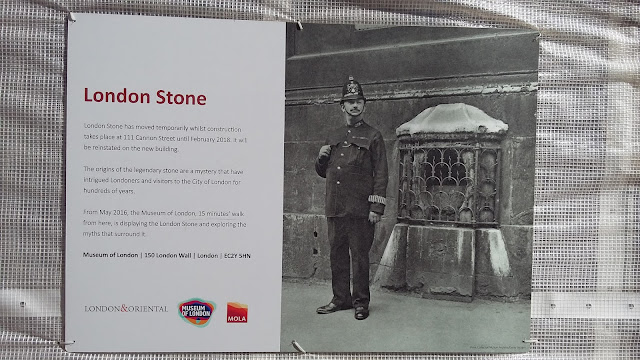 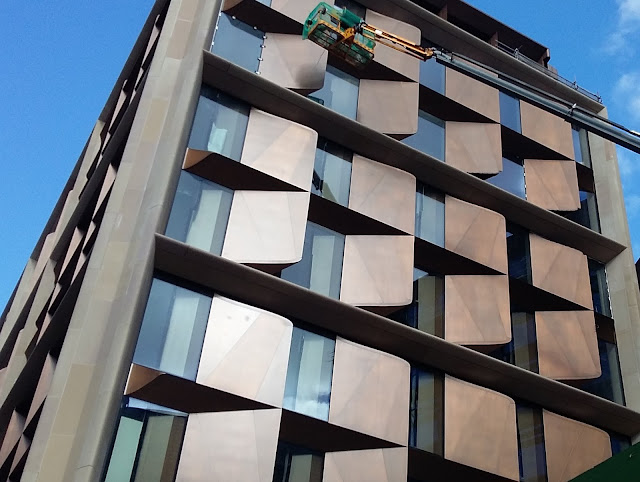 ﻿
I took a photo of the pub as it just stood out to me because of the name ..
Just googled it and it has such great history. One to call into next time in London.
We have lots more to see in this area.
THE SUGAR LOAF PUB...
(Lots more to read in the link above)
﻿
This fine, Grade-II listed pub with its distinctive curved and recessed corner detail, dates from the early 19th century. The Sugar Loaf's first recorded landlord was John Curling who was pulling pints in 1839. At that time sugar was still sold in solid conical blocks known as loaves. The shape was an instantly recognisable symbol of trade, originally used by grocers and, later, by pubs. Here, the connection runs deeper because the area to the south of Cannon Street was once home to many small refineries where sugar was boiled and solidified. 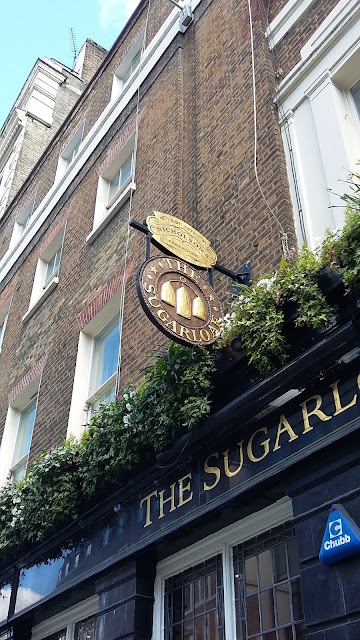 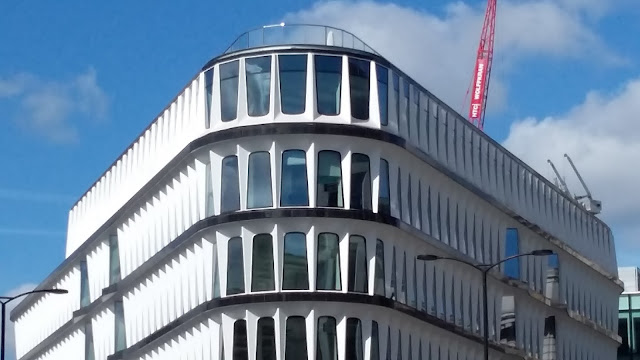 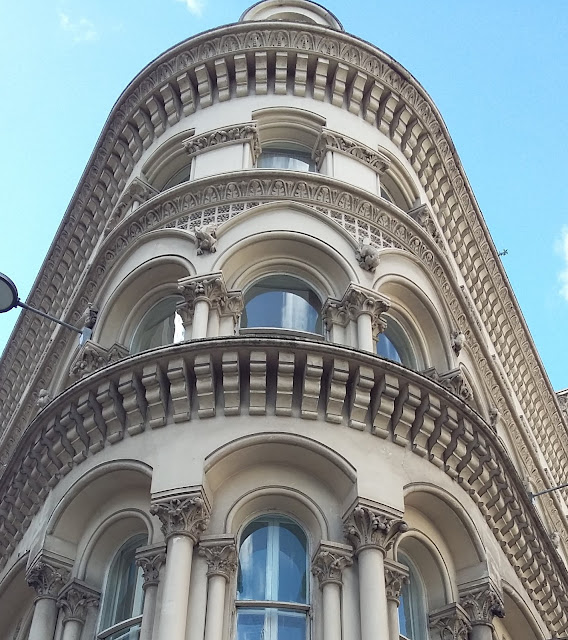 
Statue of a Cordwainer
in  Watling street, in the Cordwainer ward of the City of London,
which is historically where most cordwainers lived and worked.
History.
The terms Cordwainer and cobbler have often been considered not interchangeable, according to a tradition in Britain that restricted cobblers to repairing shoes. In this usage, a cordwainer is someone who makes new shoes using new leather, whereas a cobbler is someone who repairs shoes.Medieval cordovan leather was used for the highest quality shoes, but cordwainers also used domestically produced leathers and were not solely producers of luxury footwear. 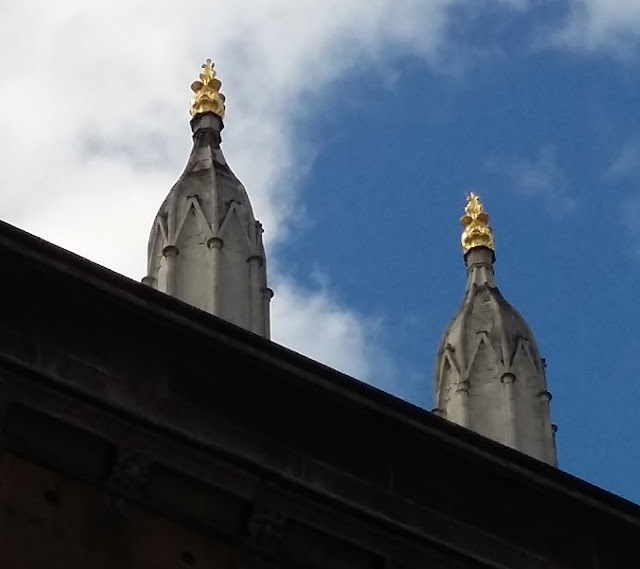 DURING THE BUILDING OF ST PAUL'S

and said to be built from the timbers of old ships by Sir Christopher Wren,
the Ye Olde Watling is within a short stroll of Cheapside, Mansion House Tube and Cannon Street – and is truly one of a kind.
Another pub that I didn't know anything about and one full of history!! 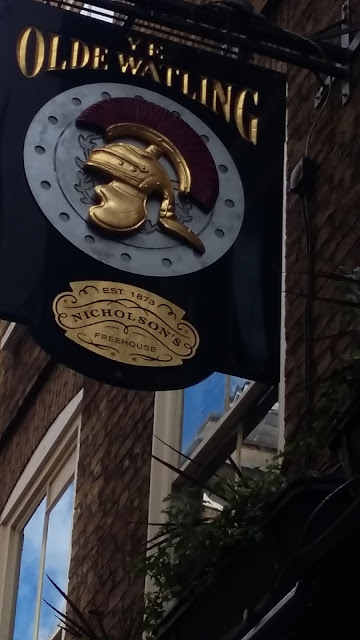 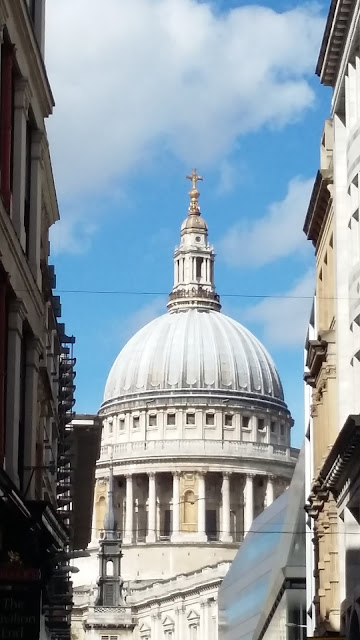 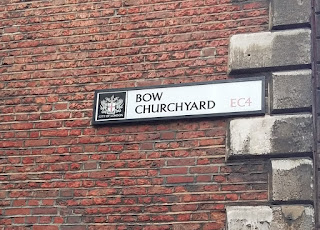 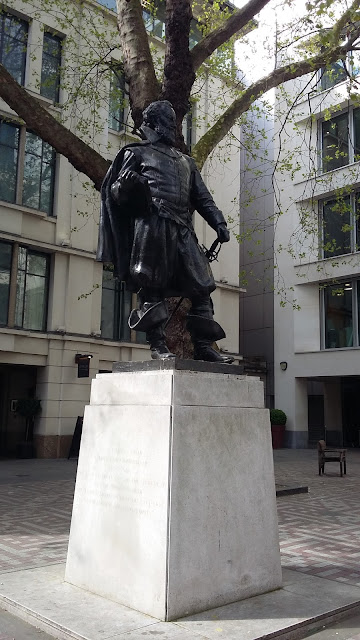