Onward we go (Jennifer and I) ...we followed the map...
and found
St Mary-le-Bow which
is an historic church rebuilt after the Great Fire of 1666 by Sir Christopher Wren in the City of London[ on the main east–west thoroughfare, Cheapside. 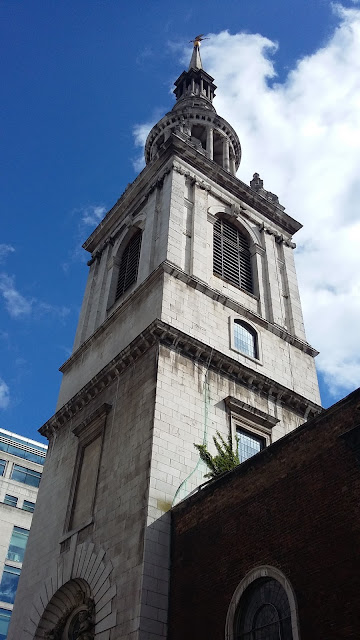 Founded in or around 1080 as the London headquarters of the archbishops of Canterbury, the medieval church of St Mary-le-Bow survived three devastating collapses before being completely destroyed in the Great Fire of 1666. Rebuilt by Sir Christopher Wren, it was destroyed once more in 1941 but was again rebuilt and re-consecrated in 1964.
If you would like to read more of the history , here is a link..
St Mary-le-Bow 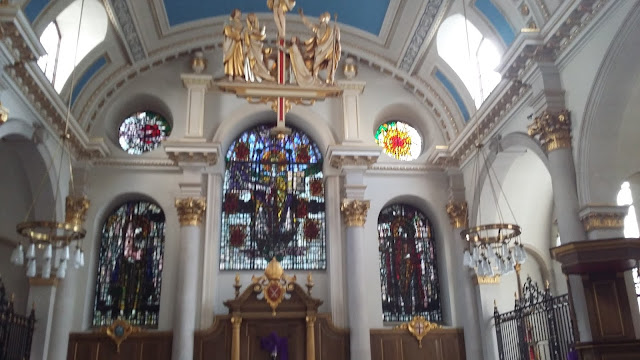 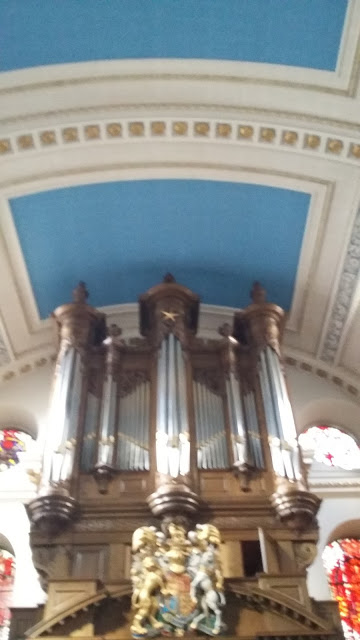 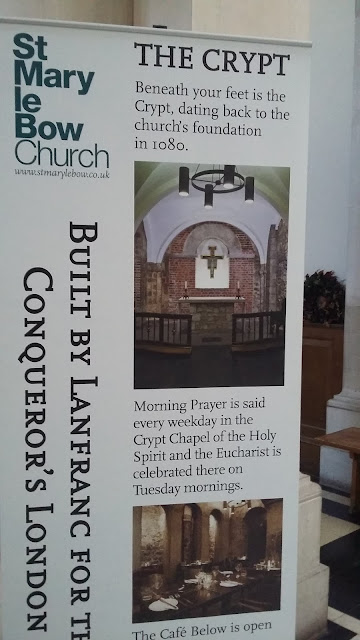 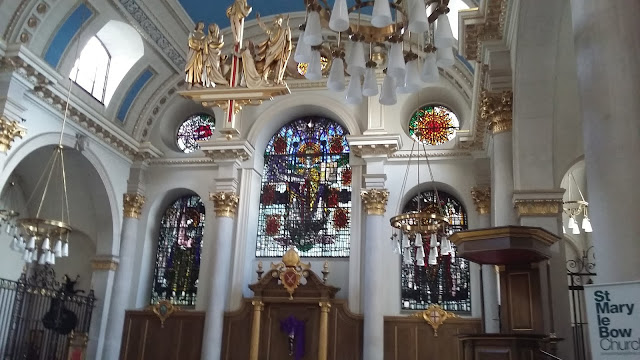 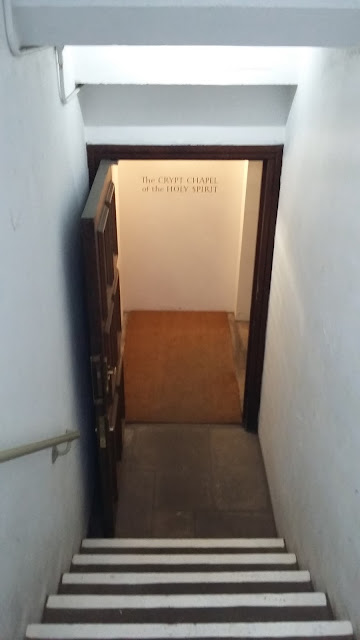 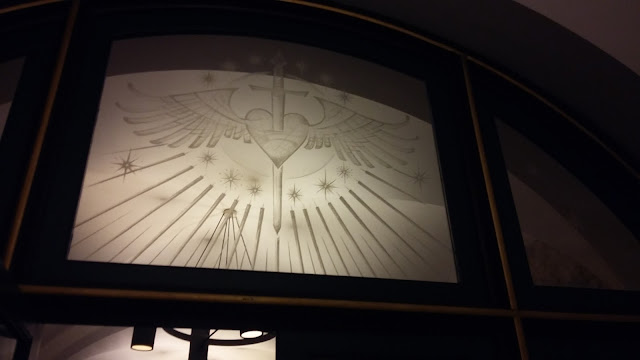 All Hallows , Bread Street
(mentioned in the plaque below)
was a parish church in the Bread Street ward of the City of London. It stood on the east side of Bread Street, on the corner with Watling Street First mentioned in the 13th century, the church was destroyed in the Great Fire of London in 1666 and was rebuilt by the office of Sir Christopher Wren and demolished in 1878.
The parish of All Hallows Bread Street was combined with that of St Mary-le-Bow (the church mentioned at the beginning) in 1876 and the church demolished in 1878, under the Union of Benefices Act 1860. The site and materials were sold for £32,254 and the proceeds used to build All Hallows East India Dock Road. The furnishings were dispersed to several churches – the pulpit is now in St Vedast alias Foster, the organ case in St Mary Abchurch and the font cover in St Andrew-by-the-Wardrobe. 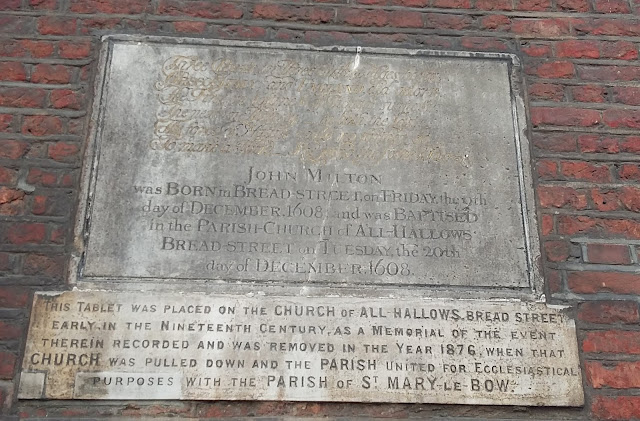 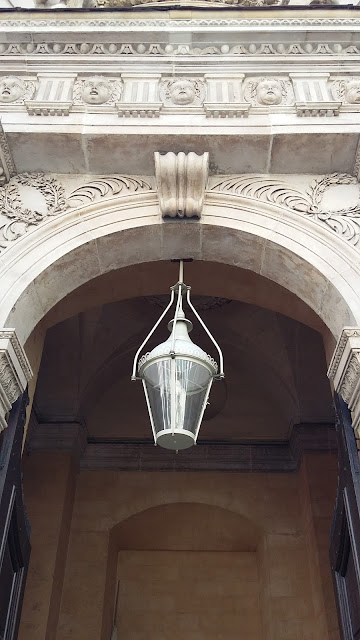 Below is  a café restaurant , I didn't get the same feel
as the previous church.  We didn't stop as
we had just coffeed and eaten.

I am sure it would just as tasty. ﻿ 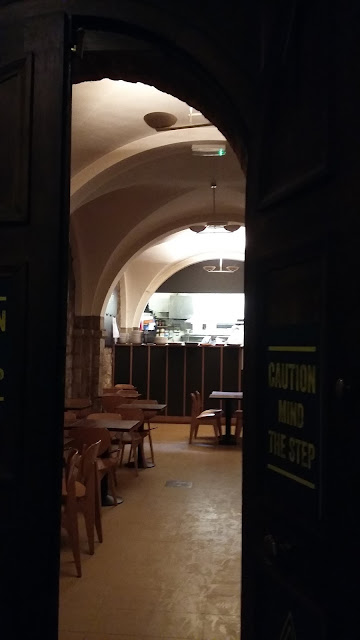