This first card is from my great friend Marilyn who was on holiday with her
husband Trevor .   But didn't know where until she was at
the check in  at the airport. How did he keep this a surprise?
Marilyn how did you not know?? Thought you were the curious type.
Well done Trev!!!!

Sure we could all do with some SUN!! 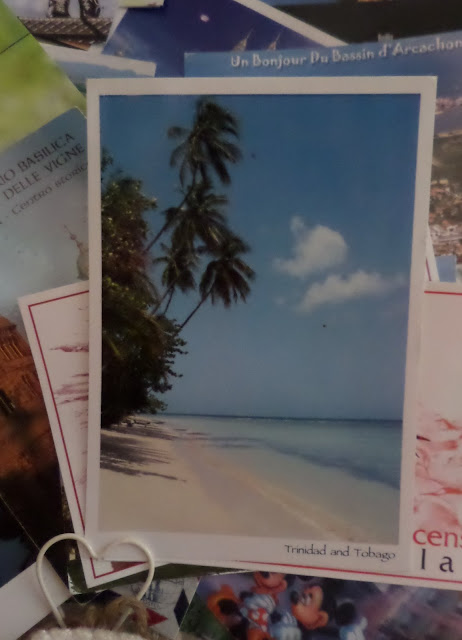 The next three cards are from a very good friend Leon( also friend of my eldest son) ,  who  went for a break to

where his family live.

Known as the Sooty Tern in other parts of the world, here it is best known for it's call of "Wide awake!", and it gives the island it's second name. It is a graceful bird with a forked tail and pointed wings, generally white below and black above with a white patch on the forehead.
Their main food is fish and squid.
They are widely distributed around the world in tropical latitudes. On Ascension they breed in colonies called "Fairs", the main ones being in the south-west corner of the island, Mars Bay Fair, and Waters Edge Fair, but they are also found in small numbers on Boatswain Bird Island. In 1998 there were adjudged to be 400,000 birds in the two main colonies. 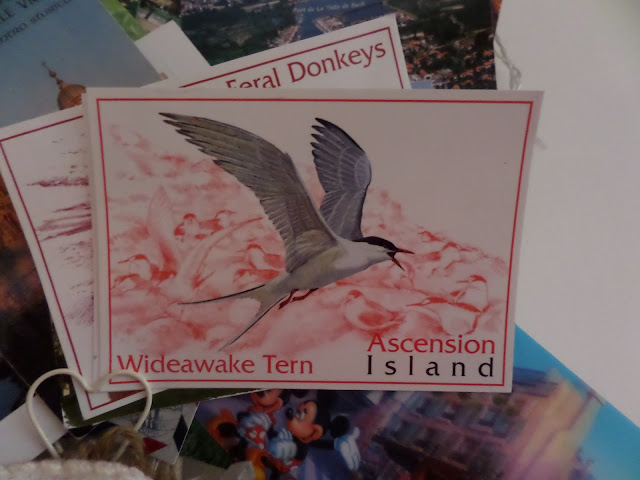 The Land Crab
(click on the link above to read more)
There is a lot of mystery behind the Land Crab. How did they get there? Nobody knows.
Apart from visiting green turtles and seabirds, the crabs were probably almost alone on the island for most of the million years since it rose above the waves. Johngarthia lagostoma is only found on Ascension and, in much smaller numbers,
on three Brazilian islands further west.
Since they can neither swim nor fly, nobody knows how they got here. Being land crabs, they are unlikely to have rafted over on timber from Africa or Brazil, says Richard Hartnoll of the University of Liverpool, UK, their only persistent investigator. Their larvae might have survived long enough to float over on the intermittent ocean currents from the Americas – but their nearest relatives today are to the east, in Africa’s Gulf of Guinea. 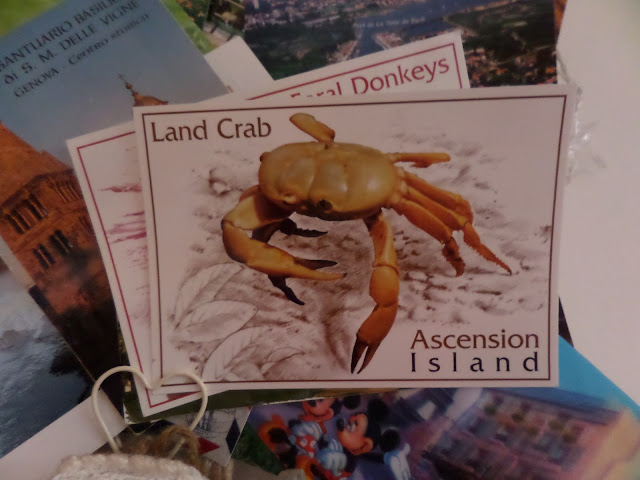 The donkeys are found mainly in Georgetown and around One Boat, those living in Georgetown are often woken in the early hours by their loud braying.
Some are relatively friendly and will allow you to pet them, but they can become rather boisterous and dangerous to road users during mating season.  Ascension’s donkeys have developed rather curious eating habits –
probably due to the lack of vegetation for them to eat, they’ve acquired a taste for cardboard
and will happily devour any boxes left lying around!
﻿ 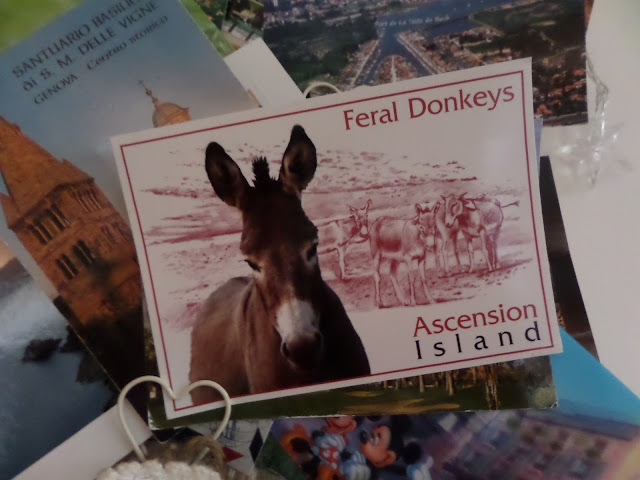 
This next card is from my great friend Jackie --
The super traveller. She has sent me cards from everywhere.
Jackie's blog is
JUNK BOAT TRAVELS..
You will have to click on the link to read more about her travels, amazing.)

The mountains in the background are the
San Jacinto Mountains
which help with the fabulous weather in Palm Springs. 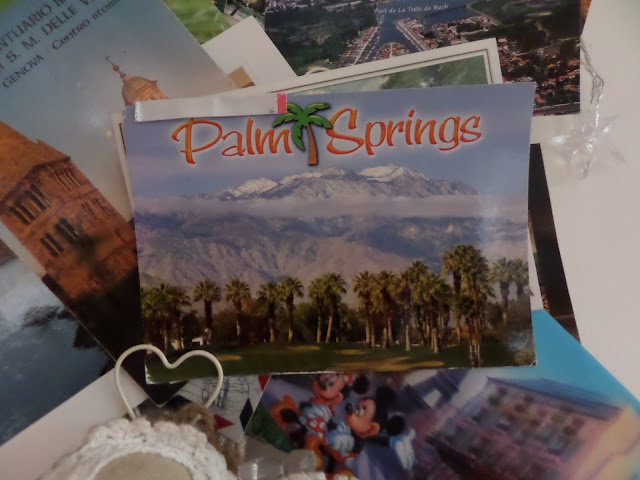 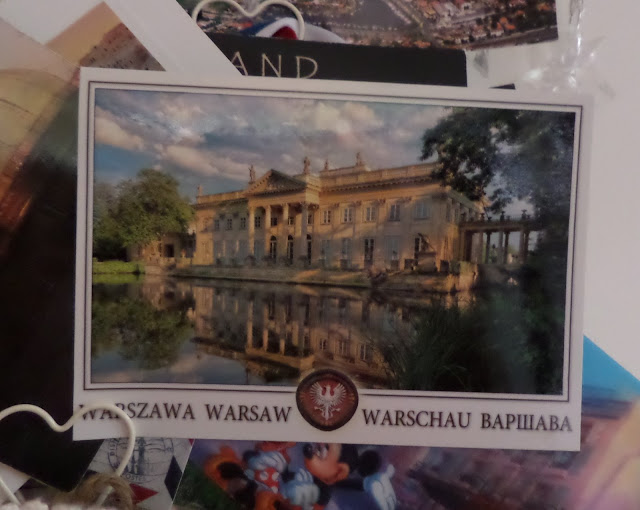 And today a card arrived from Trevor (my friend Marilyn's husband)
I love his cards as they are not only a huge surprise(like a lot of yours are  too, lovely and a surprise. )  but also what he writes!!!!☻
(Hi , Weather cold, Beer cold, Goulash hot!) 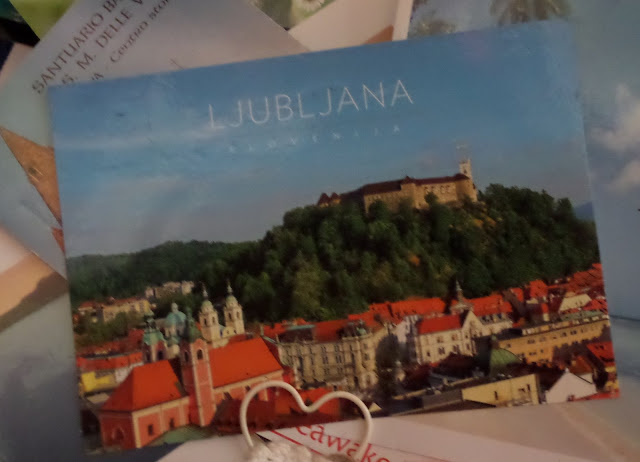 Thank you Trevor.
I know a few of you have been to Slovenia .
Esme from Chocolate & Croissants certainly has!!
Remember my postcard?

A BIG THANK YOU TO ALL..

Interesting countries and interesting topics to write about.
All so different.