Postcards Galore - From Slovenija to Swaziland..♥

A lovely blogger friend named
Esme, sent me one from

I will have to check but it might be a first. If it isn't
I don't mind , lovely of Esme to think of me and my collection. 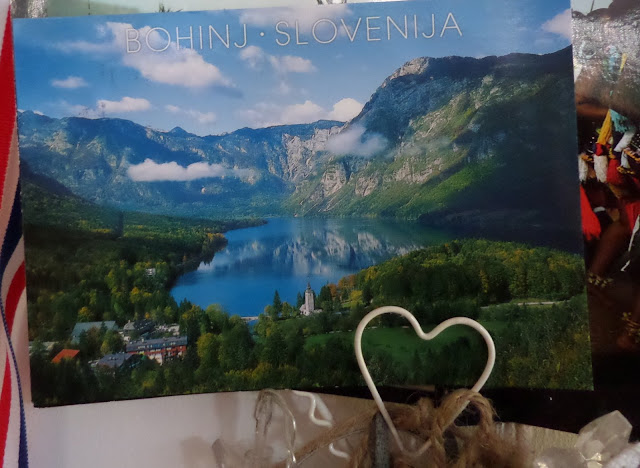 Bohinj is a valley that stretches from Soteska to Ukanc.
On the south side, it is enclosed by the Lower Bohinj Mountains,
which rise to 2.000 meters, and on the north by the Triglav mountain range with Mount Triglav, Slovenia`s highest mountain (2864 m).  Bohinj is one of the most beautiful places in the heart of the Julian Alps and in Triglav National Park

Even though I love towns and Cities , I do like to experience mountains and valleys.
Makes me relax , and so good for Fresh Air.
A beautiful card, Thank you Esme ♥ ♥

♥ ♥ ♥
The next two cards came from my friend's husband Trevor!!
Bless him, he remembered ☻.Instructions from my friend Marilyn ☻
The first one is from
Lake Baikal in Irkutsk, Siberia. 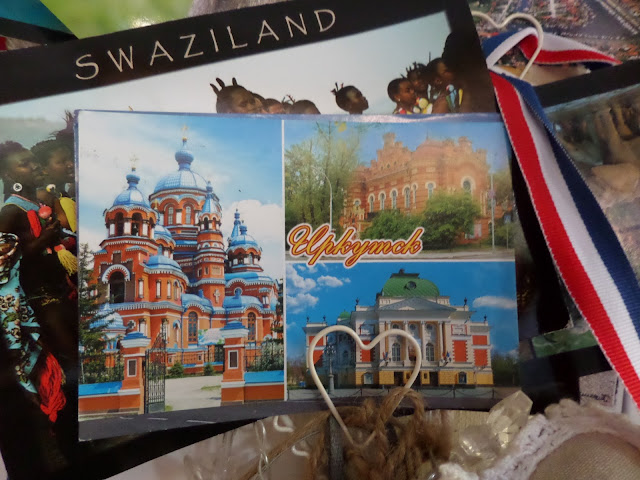 Irkutsk is by far the most popular stop on the Trans-Siberian Railway between Moscow and all points east. With Lake Baikal a mere 70km away, the city is the best base from which to strike out for the western shoreline. Amid the 19th-century architecture, revived churches, classy eateries and numerous apartment hostels, plentiful English-speaking agencies can help you plan anything from a winter trek across the lake’s ice to a short walking tour through the city

He then moved on to 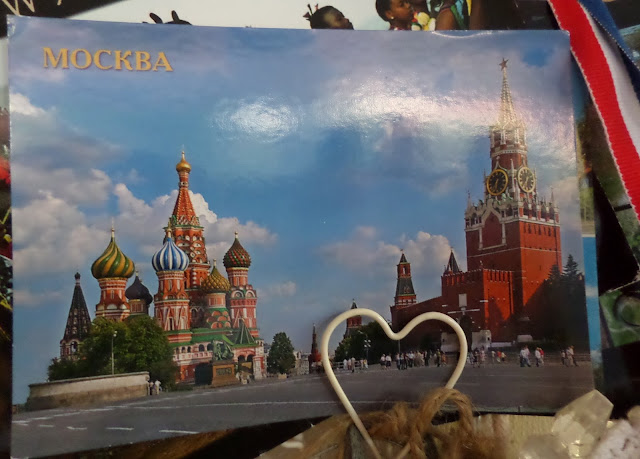 Trevor said he was following the steps of Rasputin!

Moscow became the capital when Ivan the Terrible proclaimed himself the first tsar in the 16th century. Peter the Great moved his capital to St. Petersburg in 1712, but, after the Bolshevik Revolution of 1917, Moscow was made the capital of the Soviet Union and seat of the new Soviet government, with its center in the Kremlin.

BIG THANK YOU TO TREVOR.
His cards are always a pleasant surprise. He does
travel to places far and beyond.

The last card was from my friend Marilyn
and this definitely is a first.!!! 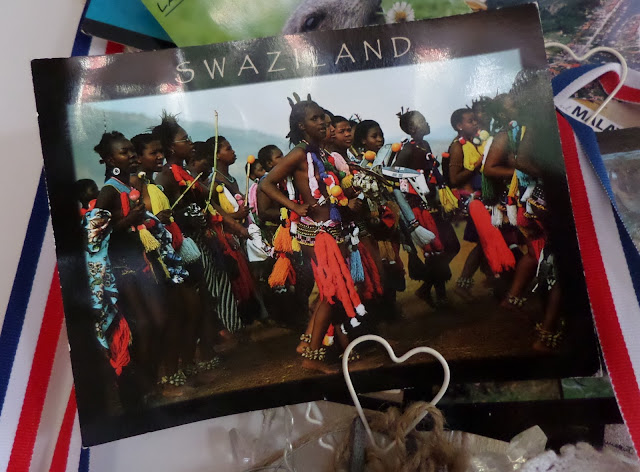 This is a postcard showing the Reed Dance.
This is Swaziland’s best known cultural event.  In this eight-day ceremony, young girls cut reeds, present them to the Queen Mother (Indlovukazi) – ostensibly to repair the windbreak around her royal residence – and then dance in celebration. Up to 40,000 girls take part, dressed up in brightly coloured attired - making it one of the biggest and most spectacular cultural events in Africa.
(info taken from the web)