On our way to Austria for the F1 Grand prix, we
stopped in a few places before reaching our destination.
Our first stop was in Trier , which just so happened to be
20 minutes  from where  my second cousin and his family live.  We
had to set a date as we had never met.  We only had a few
hours and had a fantastic time.
It was just like we had known each other for years ♥
The took me out for a very tasty German meal and a beer ..( Bitburger - Germany's
Draft Beer No 1).. delicious it was too.. Fantastic few hours.
Danke/Grazie to you both.
Julian is Italian and Jeannine is German.
After we walked back to the car ..took a few photos.
Anne, Julian and Jeannine..♥
Wish I could of stayed longer.
(I had permission for photo♥) 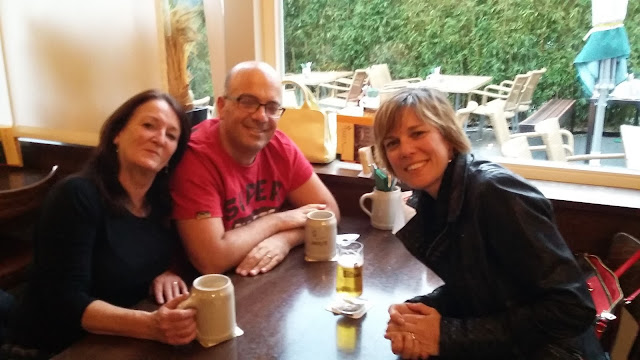 Trier  (formerly known in English as Treves) is a city on the banks of the Moselle and lies in a valley between low vine-covered hills of red sandstone in the west of the state of Rhineland-Palatinate, near the border with Luxembourg and within the important Moselle wine region. Founded by the Celts presumably in the late 4th century BC as Treuorum, it was later conquered by the Romans in the late 1st century BC and renamed Trevorum or Augusta Treverorum (Latin for "The City of Augustus among the Treveri"), Trier may be the oldest city in Germany. 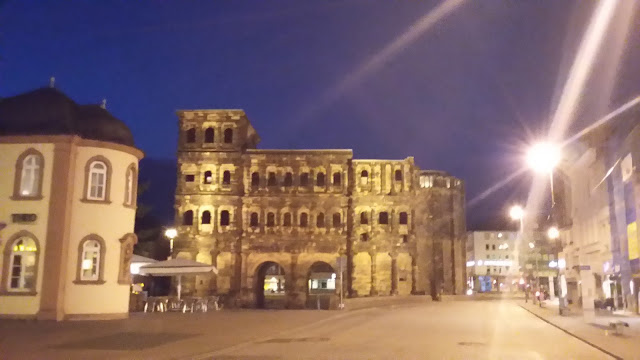 Above is  the PORTA NIGRA ...
The Porta Nigra  It is today the largest Roman city gate north of the Alps. It is designated as part of the Roman Monuments, Cathedral of St. Peter and Church of Our Lady in Trier UNESCO World Heritage Site. The name Porta Nigra originated in the Middle Ages due to the darkened colour of its stone; the original Roman name has not been preserved. Locals commonly refer to the Porta Nigra simply as Porta. 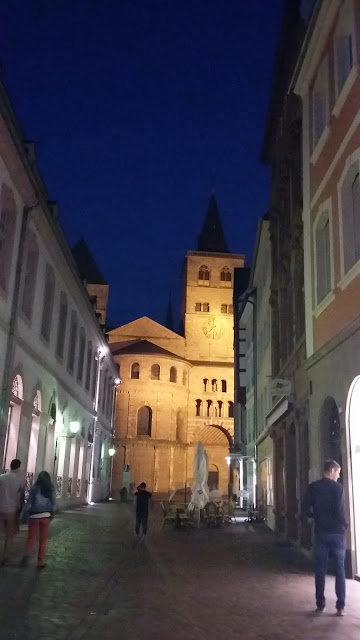 I certainly did not expect to see the below when I walked close up to this building ..
AMAZING !!!
The Cathedral of Trier by night ...
The High Cathedral of Saint Peter (German: Hohe Domkirche St. Peter zu Trier) is a Roman Catholic church and  is the oldest cathedral in the country. The edifice is notable for its extremely long life span under multiple different eras each contributing some elements to its design, including the center of the main chapel being made of Roman brick laid under the direction of Saint Helen, resulting in a cathedral added onto gradually rather than rebuilt in different eras. Its dimensions, 112.5 m length by 41 m width, make it the largest church structure in Trier. In 1986 it was listed as part of the Roman Monuments, Cathedral of St. Peter and Church of Our Lady in Trier UNESCO World Heritage Site.﻿


Thanks to Julian for taking this photo.  ( A panoramic)
﻿ 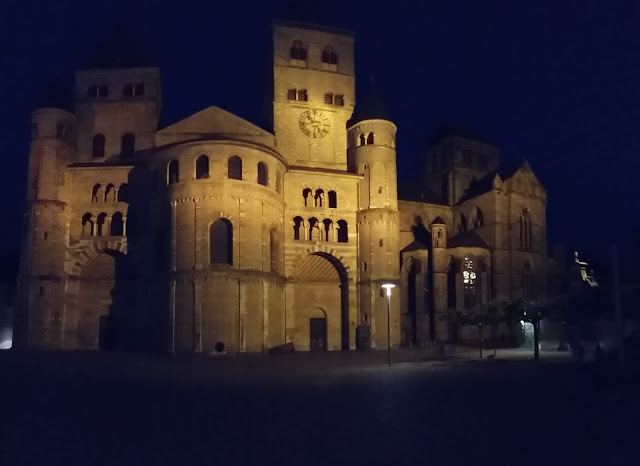 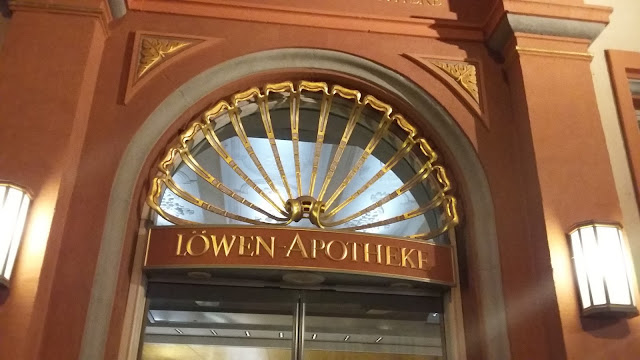 
Below are a few photos as we travelled out of Trier in the morning..
I will have to return , it is a beautiful city. 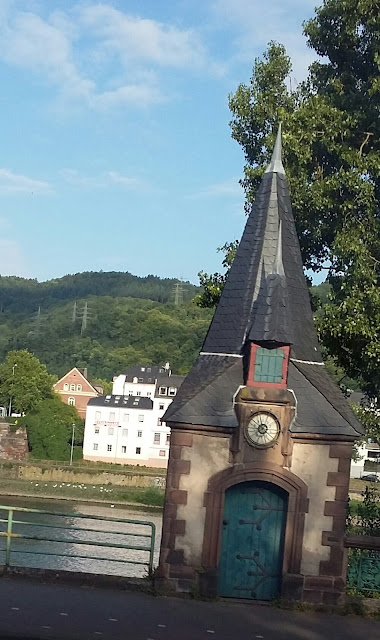 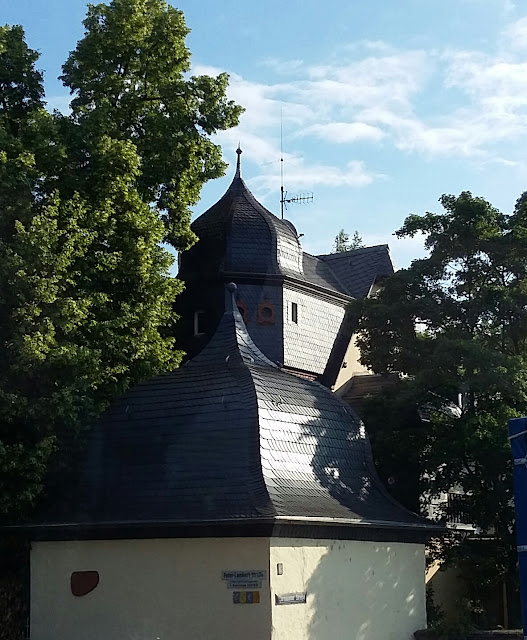 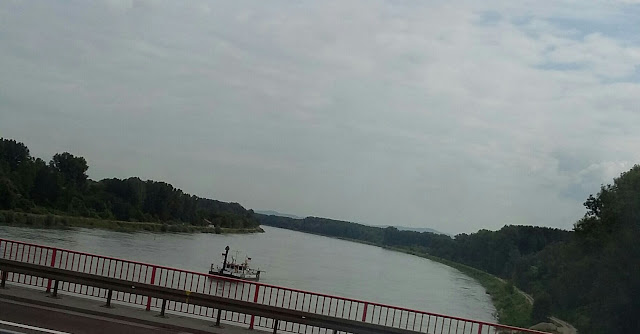