The town of
Villebois Lavalette
is a lovely little town
perched on a hillside
and surrounded by countryside. 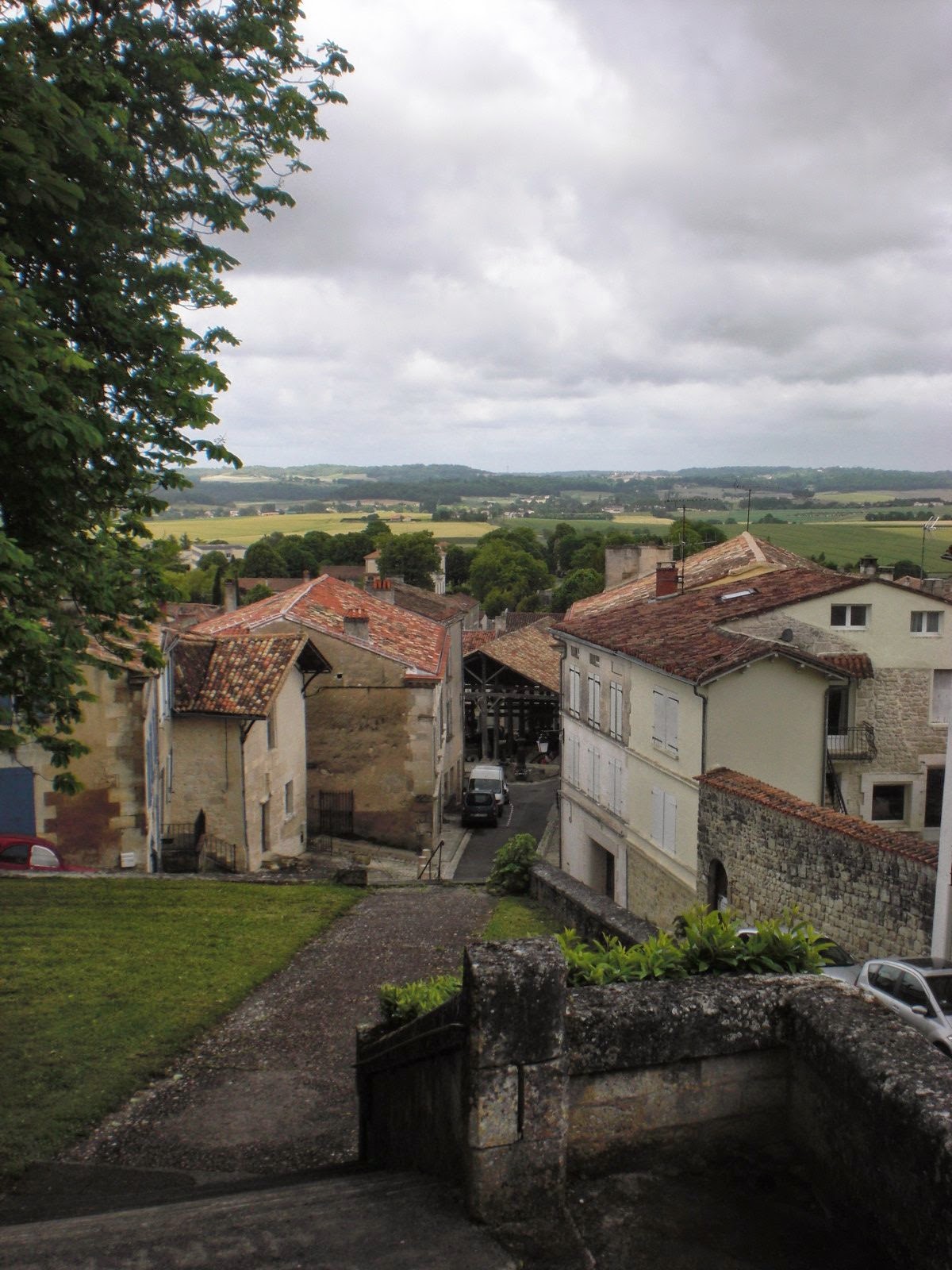 View Larger Map
Full of character and a
wonderful place to have a walk
around.
With a Castle , Church and a
very unusual Market place. 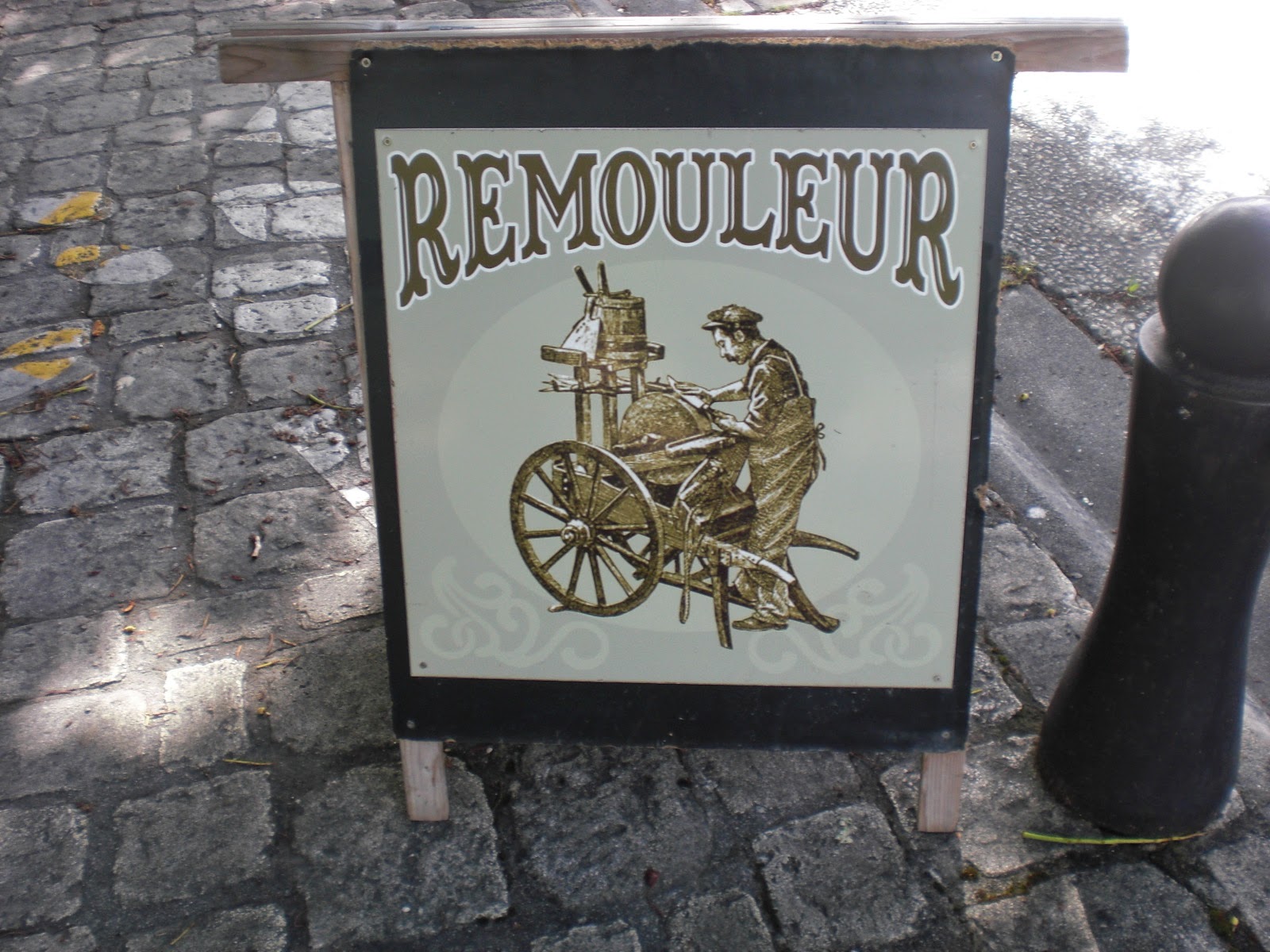 And here we have a

Which in English is a Grinder.

They even have their own Patron Saint.
Sainte-Catherine is the patron saint of grinders.

You might just still see one or two left in Paris.
But now a very dying trade.


He was very happy to have
his photo taken whilst doing
his sharpening.  Merci. 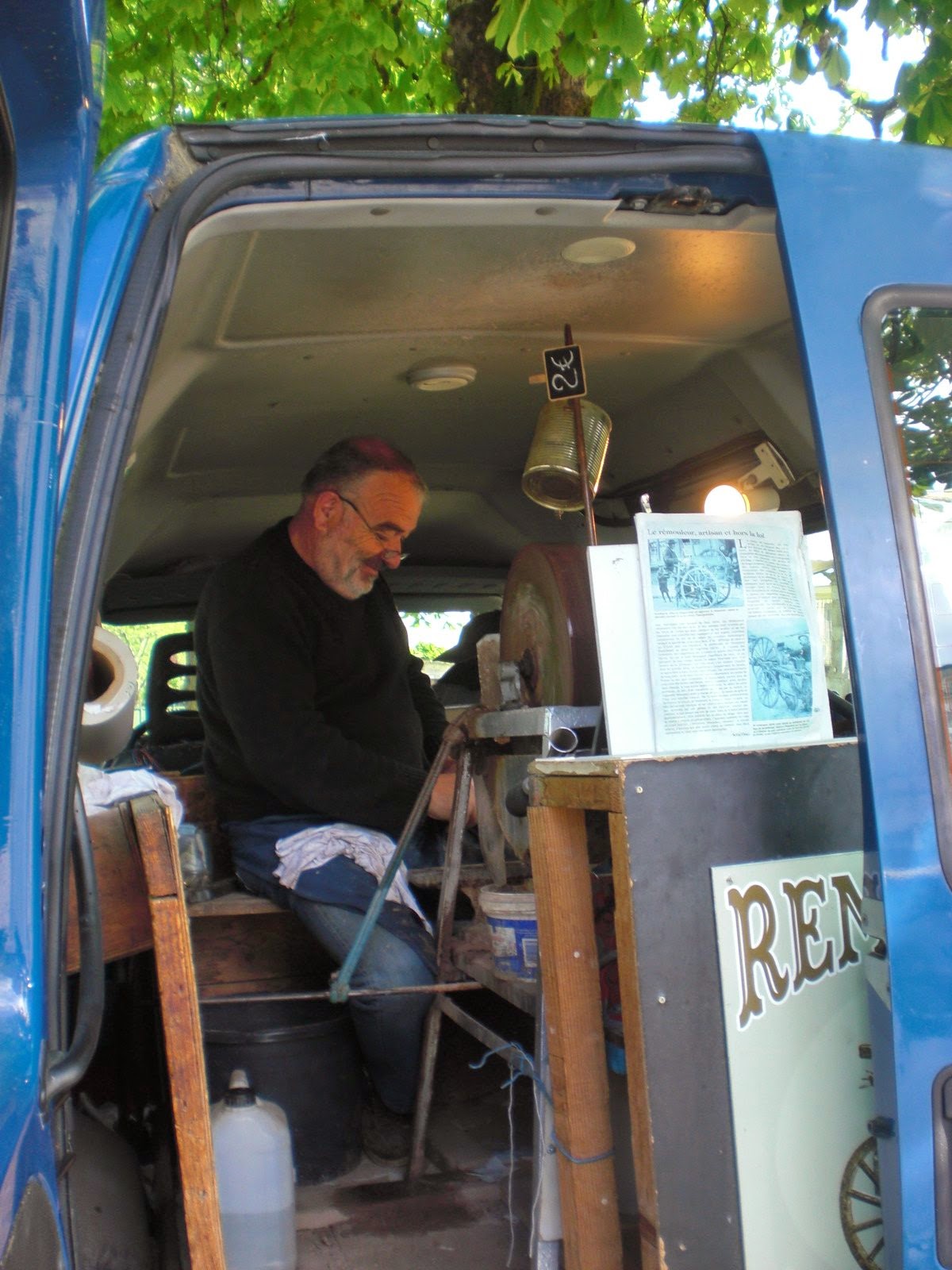 Such an unusual market place , one that is so original.

In 1665 the covering of the original market was
replaced with the one we see now. 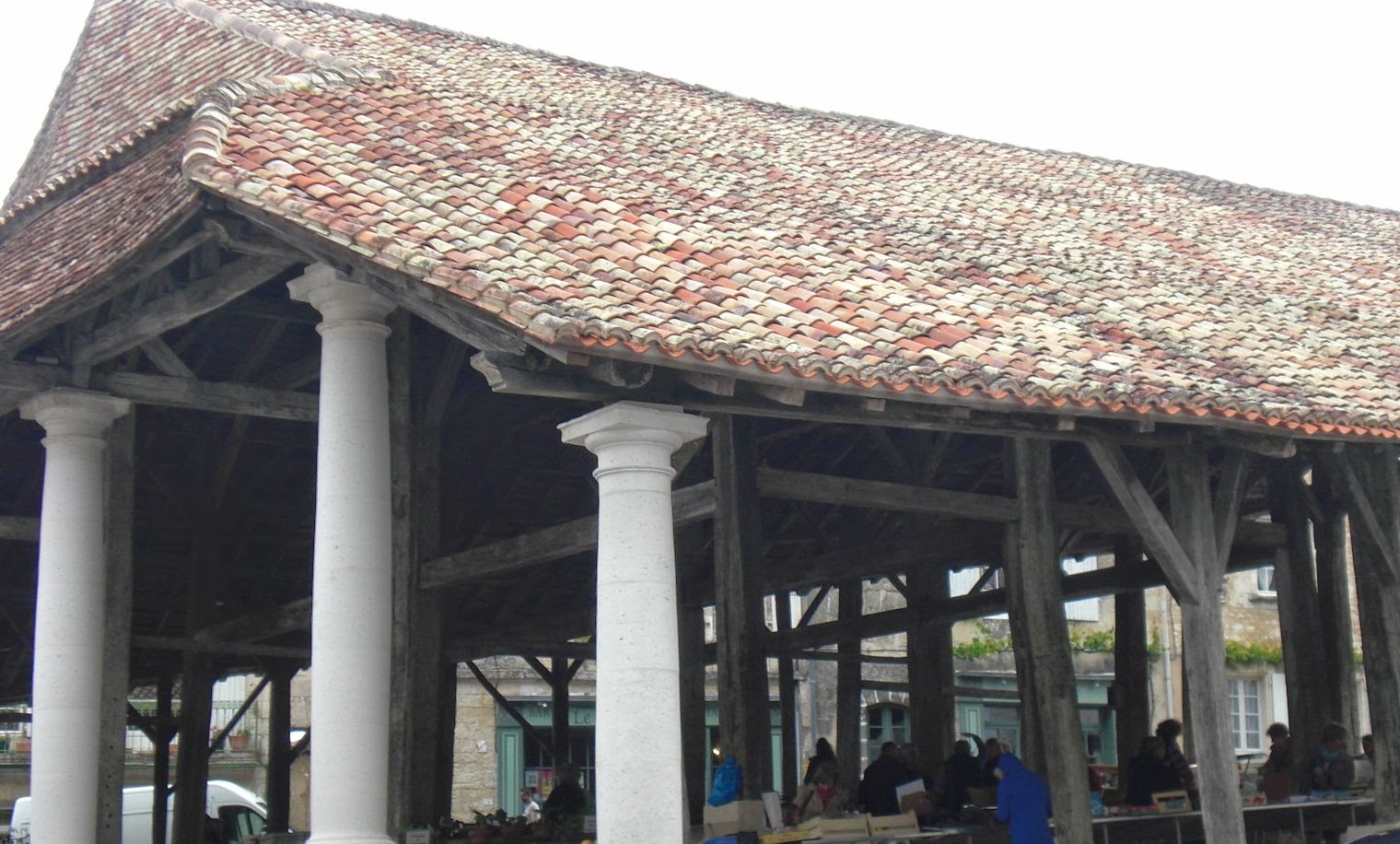 and its huge wooden pillars  and fascinating structure. 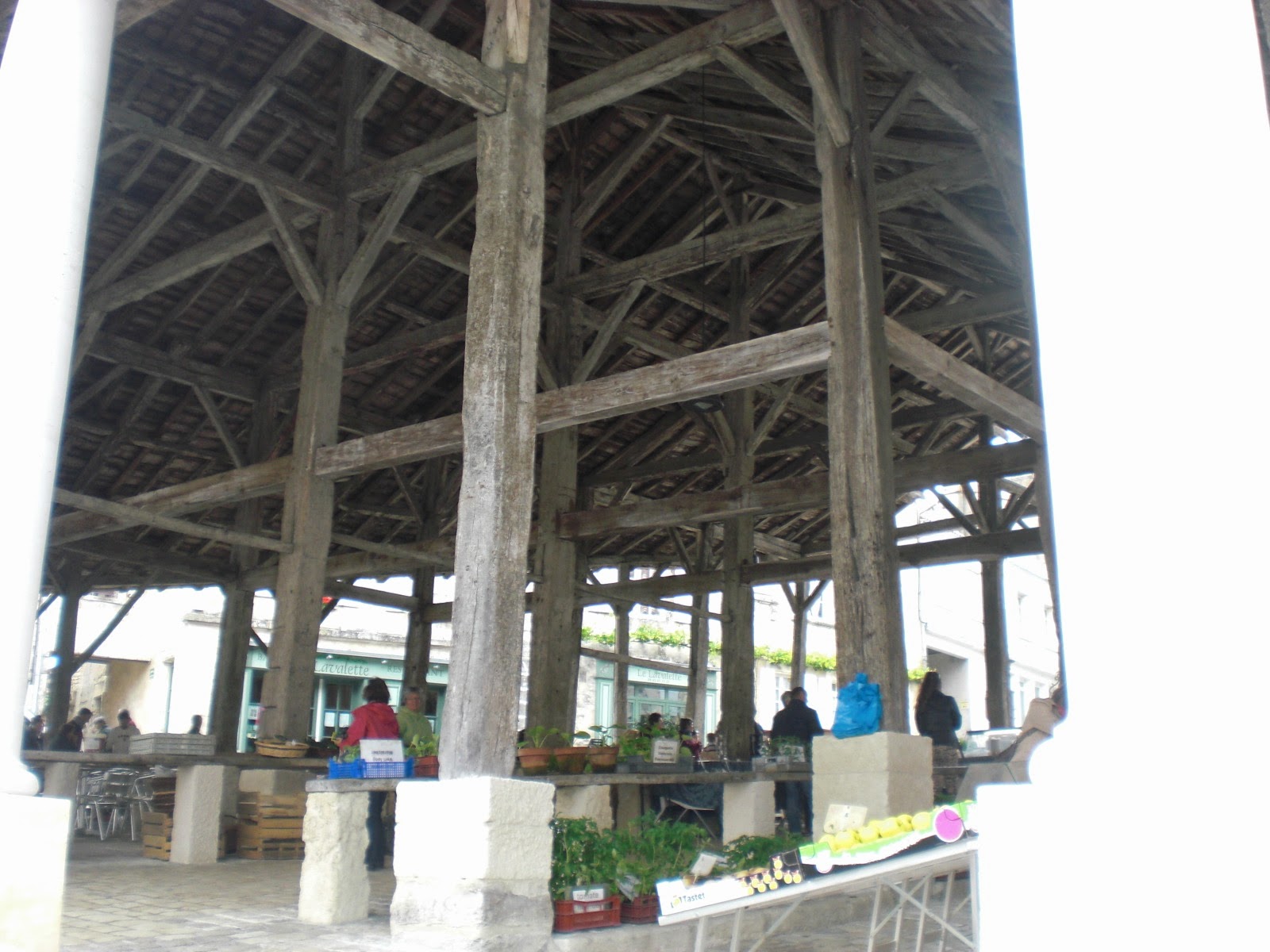 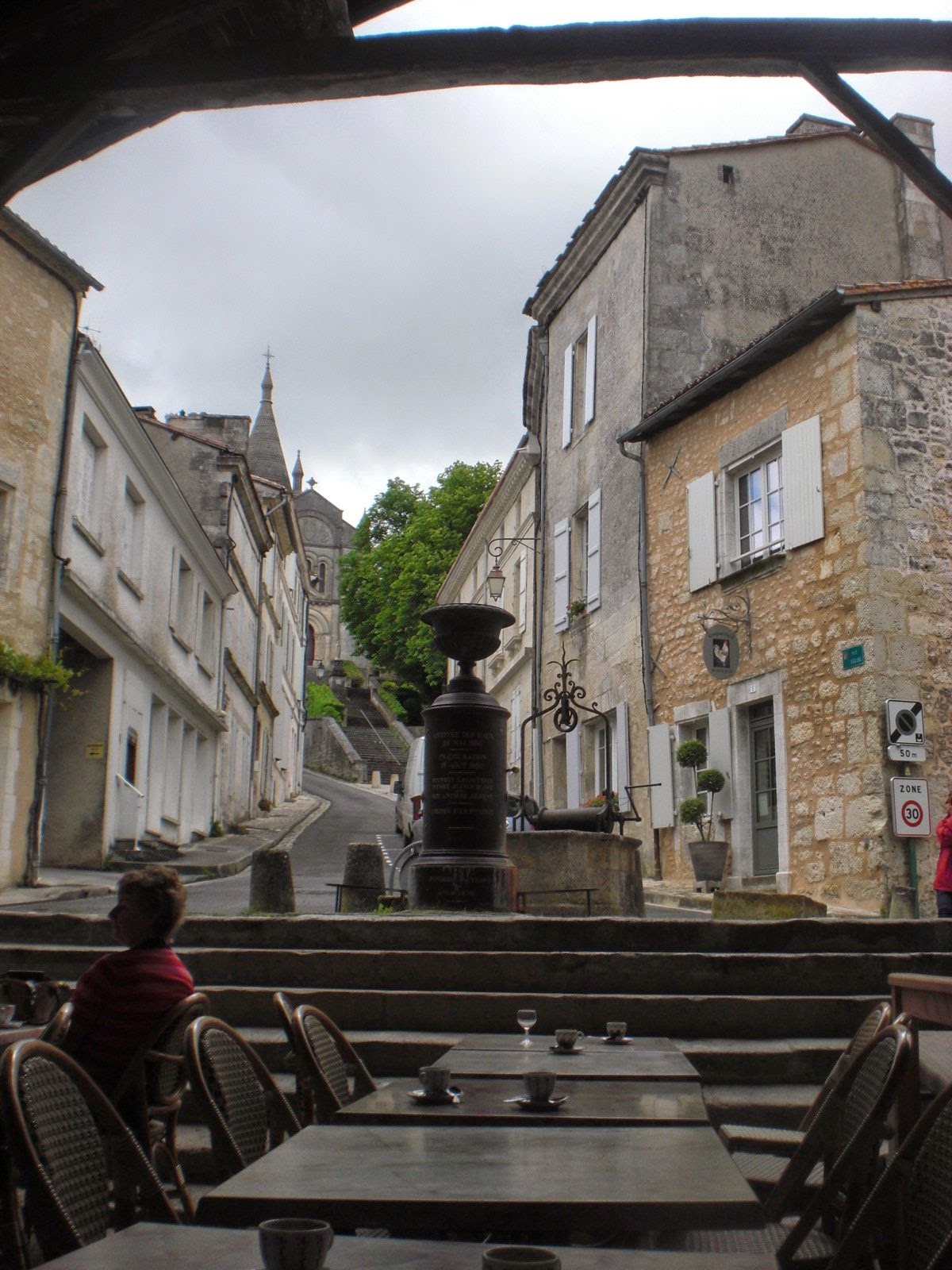 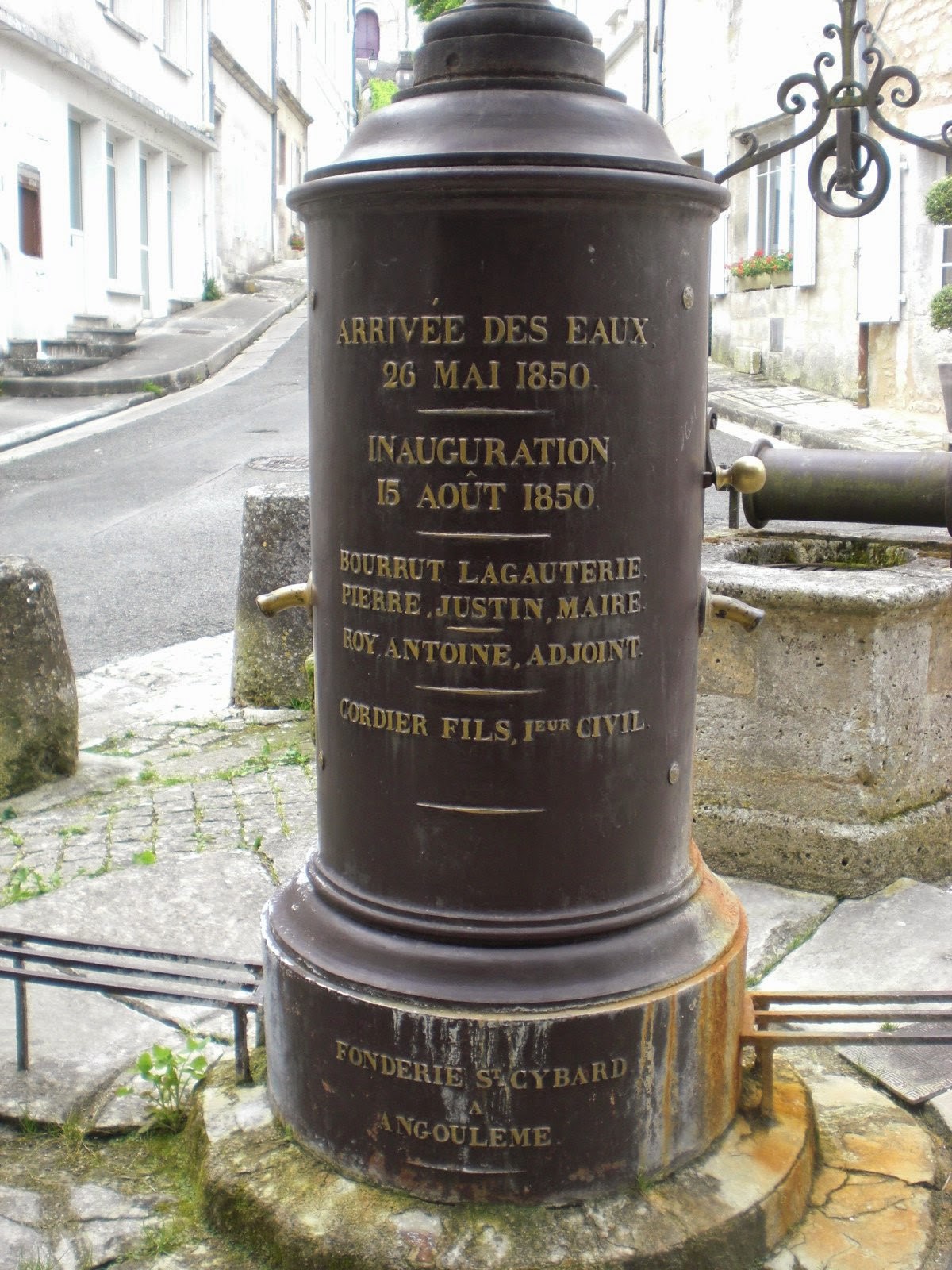 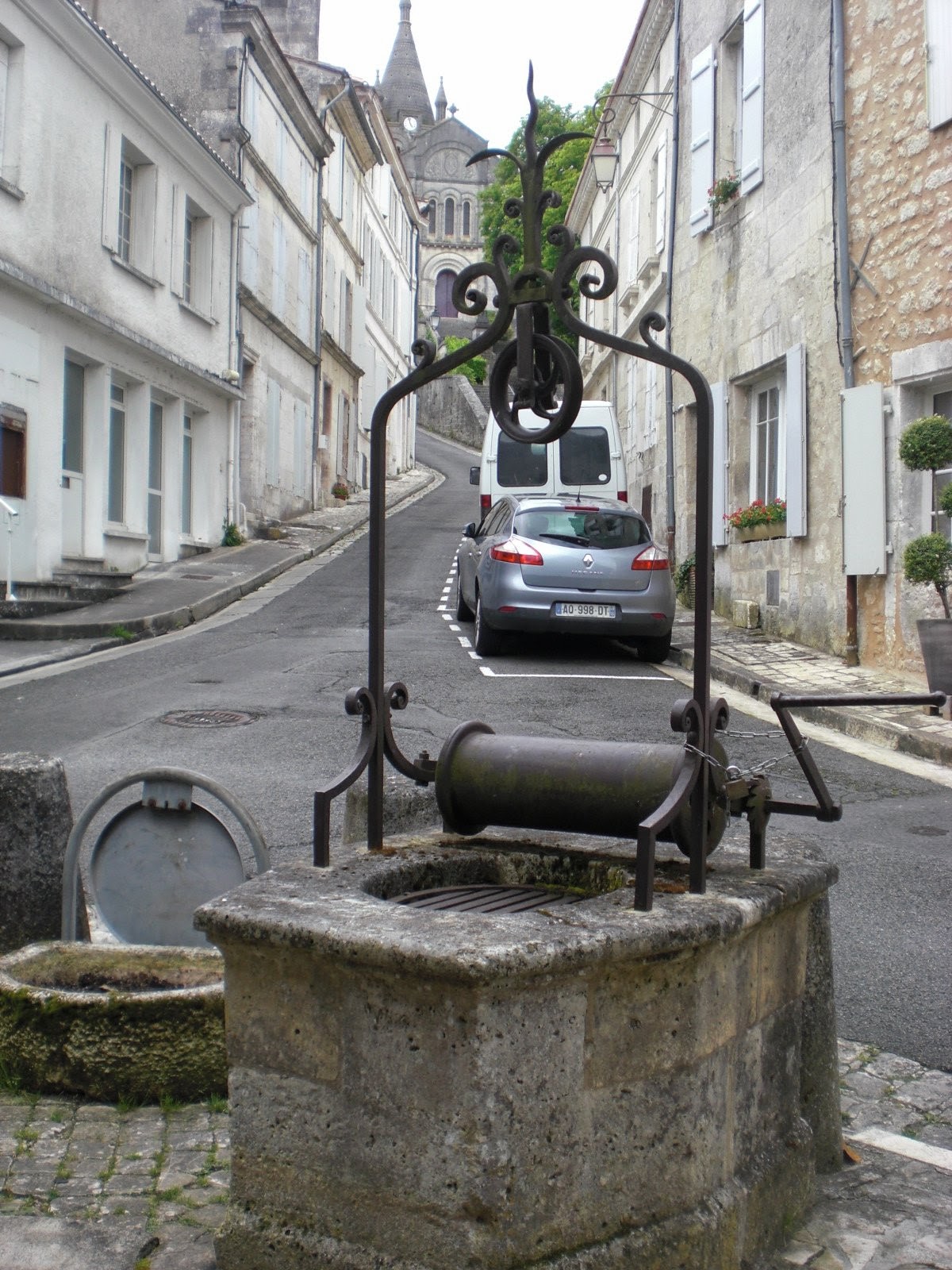 A small but very lively market takes place
on Saturday mornings.
This is where I go a FREE oyster ,
I offered to pay  but she said it is Nil price. 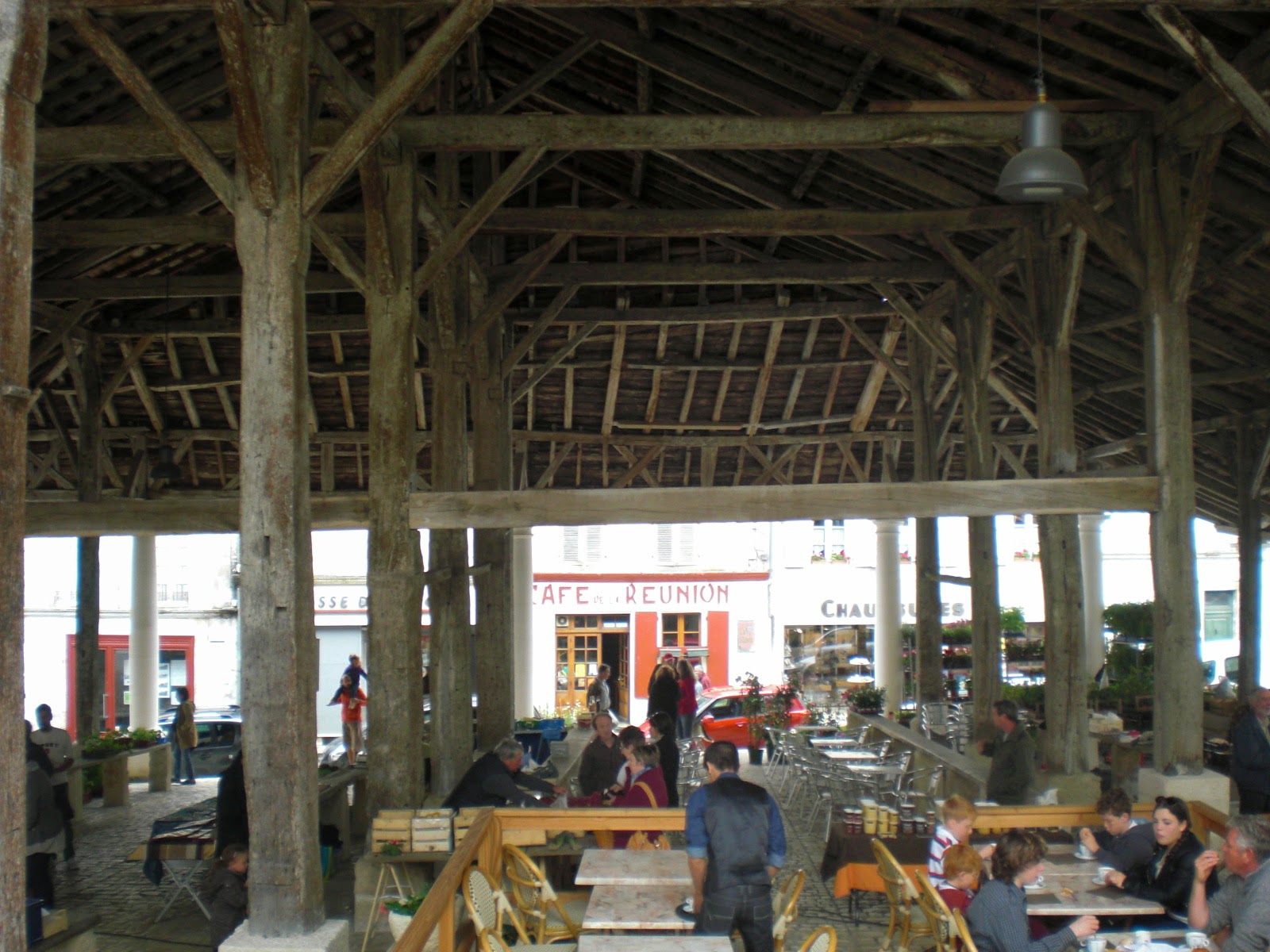 Shopping, Lunch and coffee all under one roof . 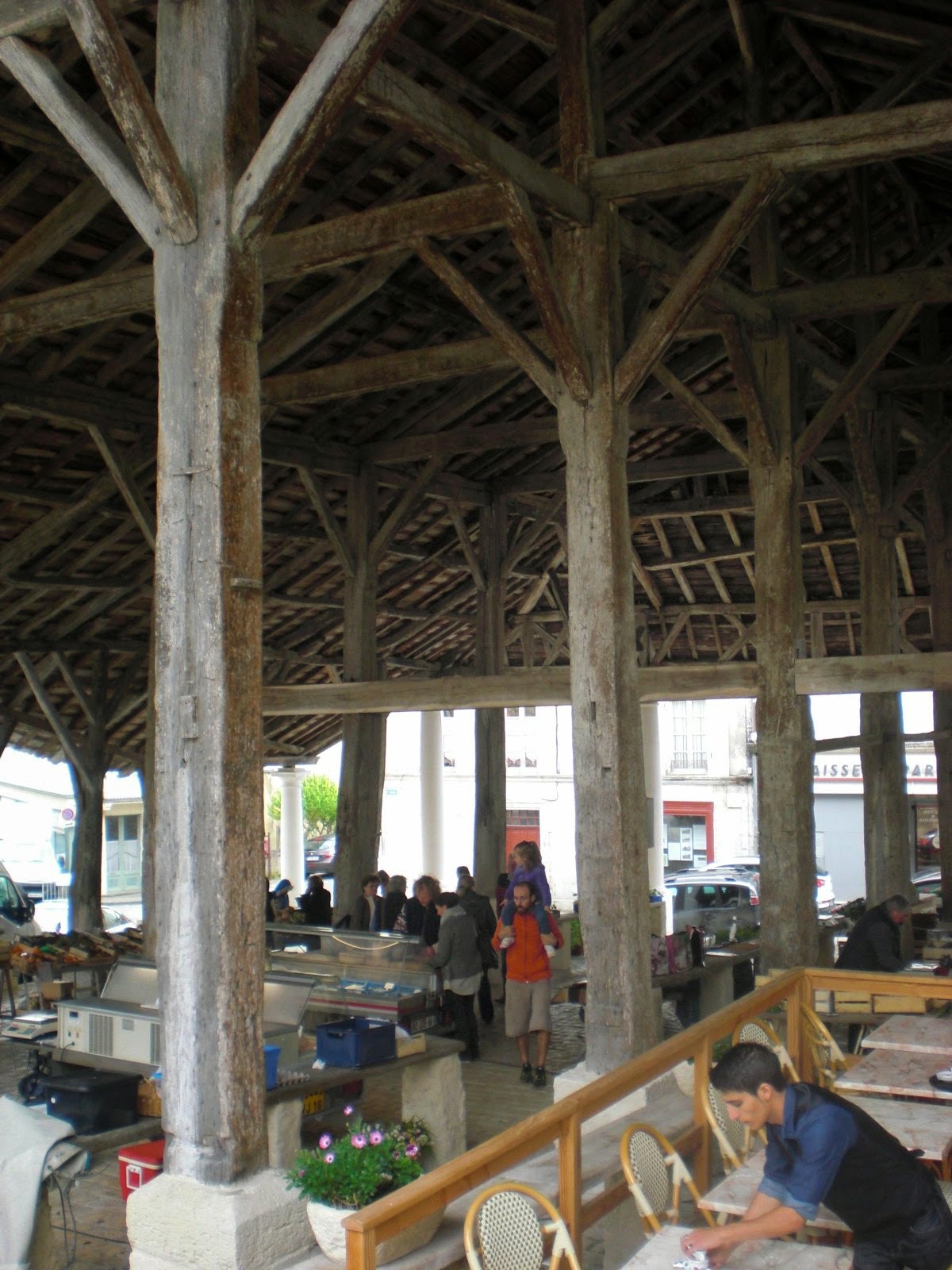 Apart from the market , many other events take place here,
suppers, concerts and shows.
The House of  Francois de Corlieu.
This house dates back to 15th or 16th century and the
the lintel is decorated with a  magnificent
Ogee Arch 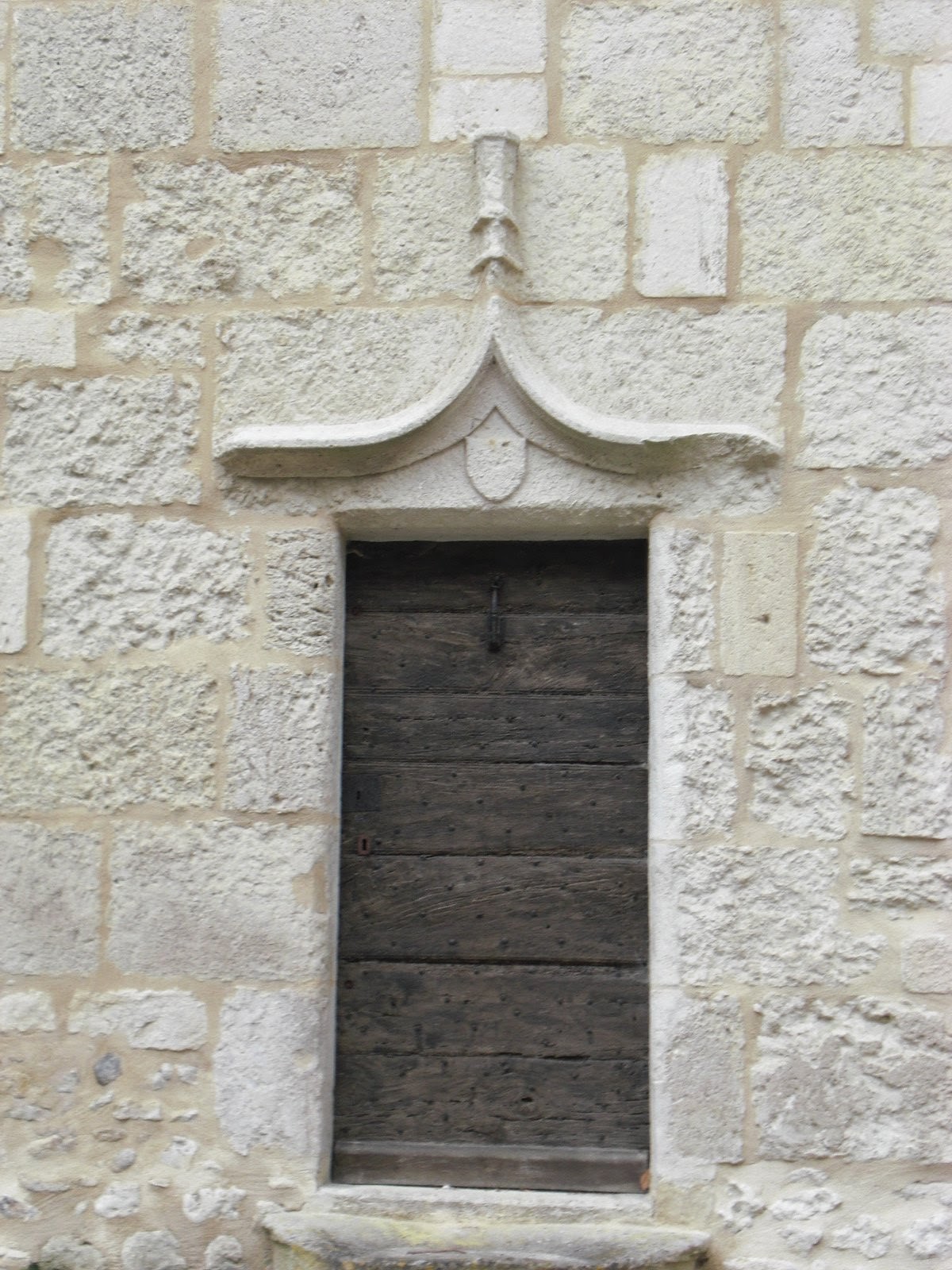 Francois was a celebrated historian , who acted as a
counsellor to the King and Duke of Orleans from 1544 , and he
was then appointed to the position of King's Procurator. Unfortunately
he drowned in the River Charente in 1576.


The Church of Saint-Romain.

In 1864, the commune of this town, received a bequest
contained in the will of the parish priest Vacher.
The careful economies of the priest, together with the sale of his goods, realised the sum of 30,000 francs, sufficient to pay, in those days, for the enlargement and reconstruction of the church, dedicated to Saint Romain de Lavalette. His will also included the proviso that a requiem mass be celebrated in  perpetuity, on the anniversary of his death. 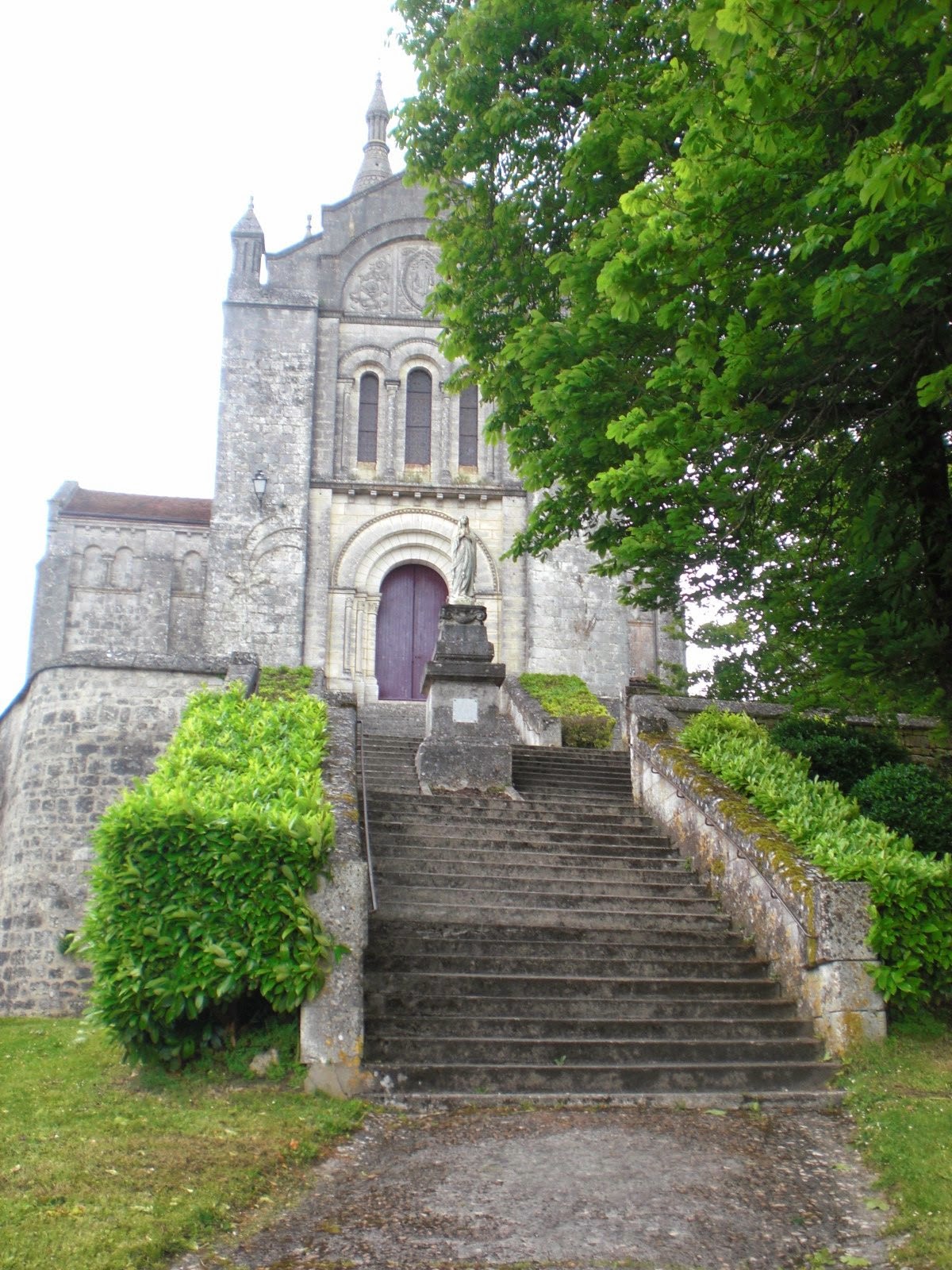 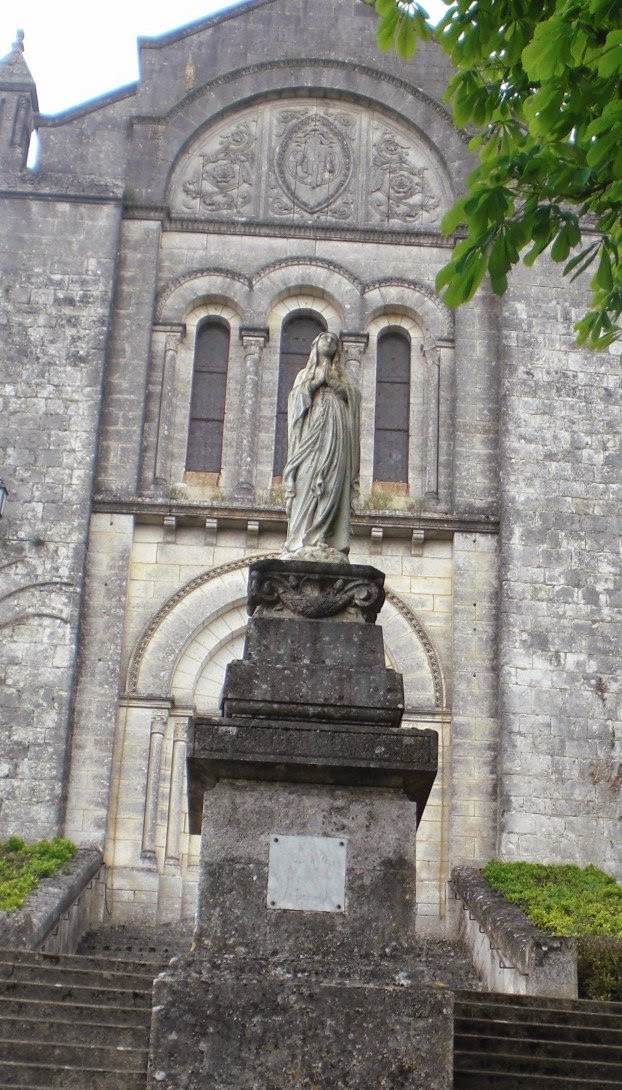 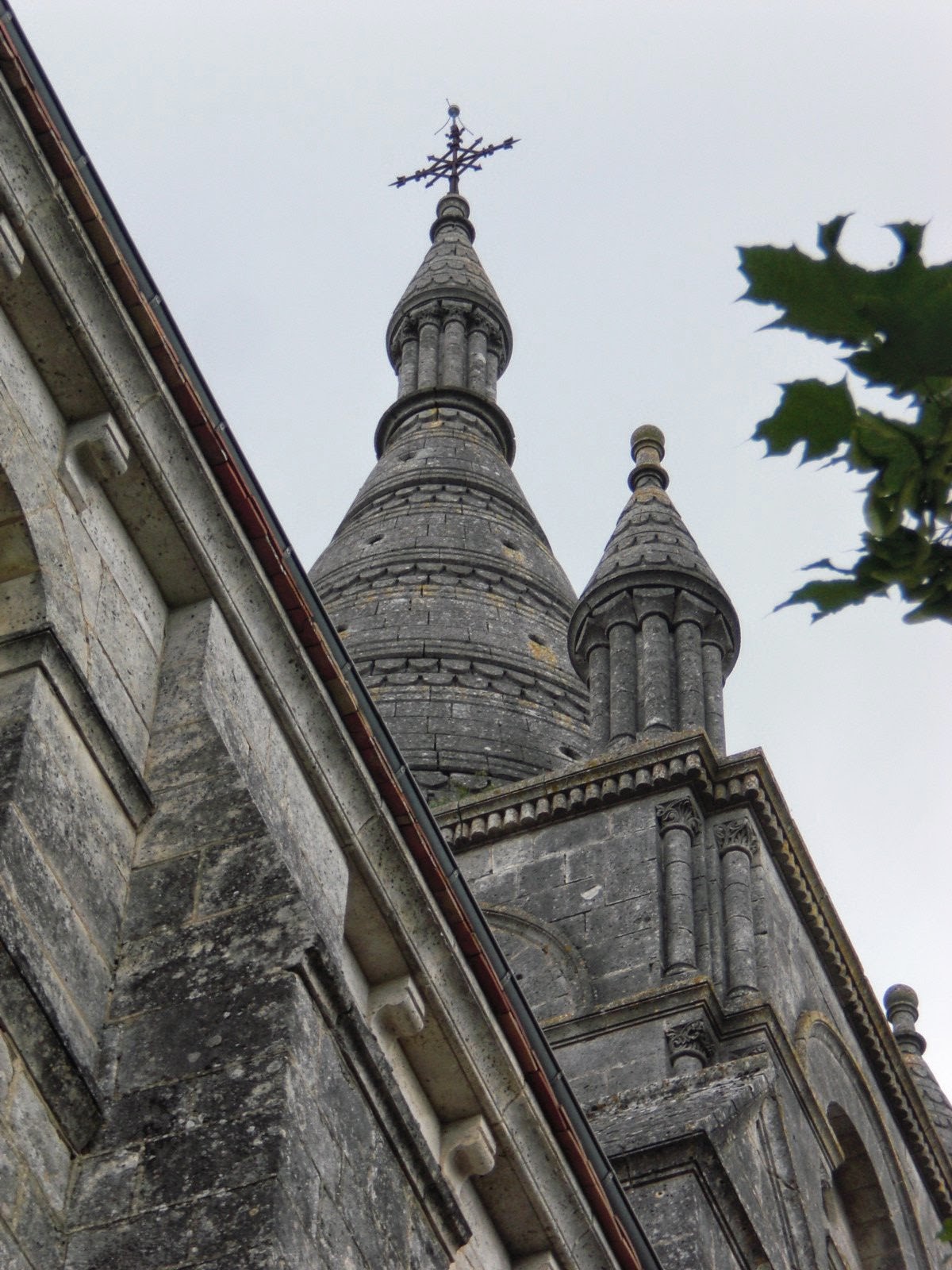 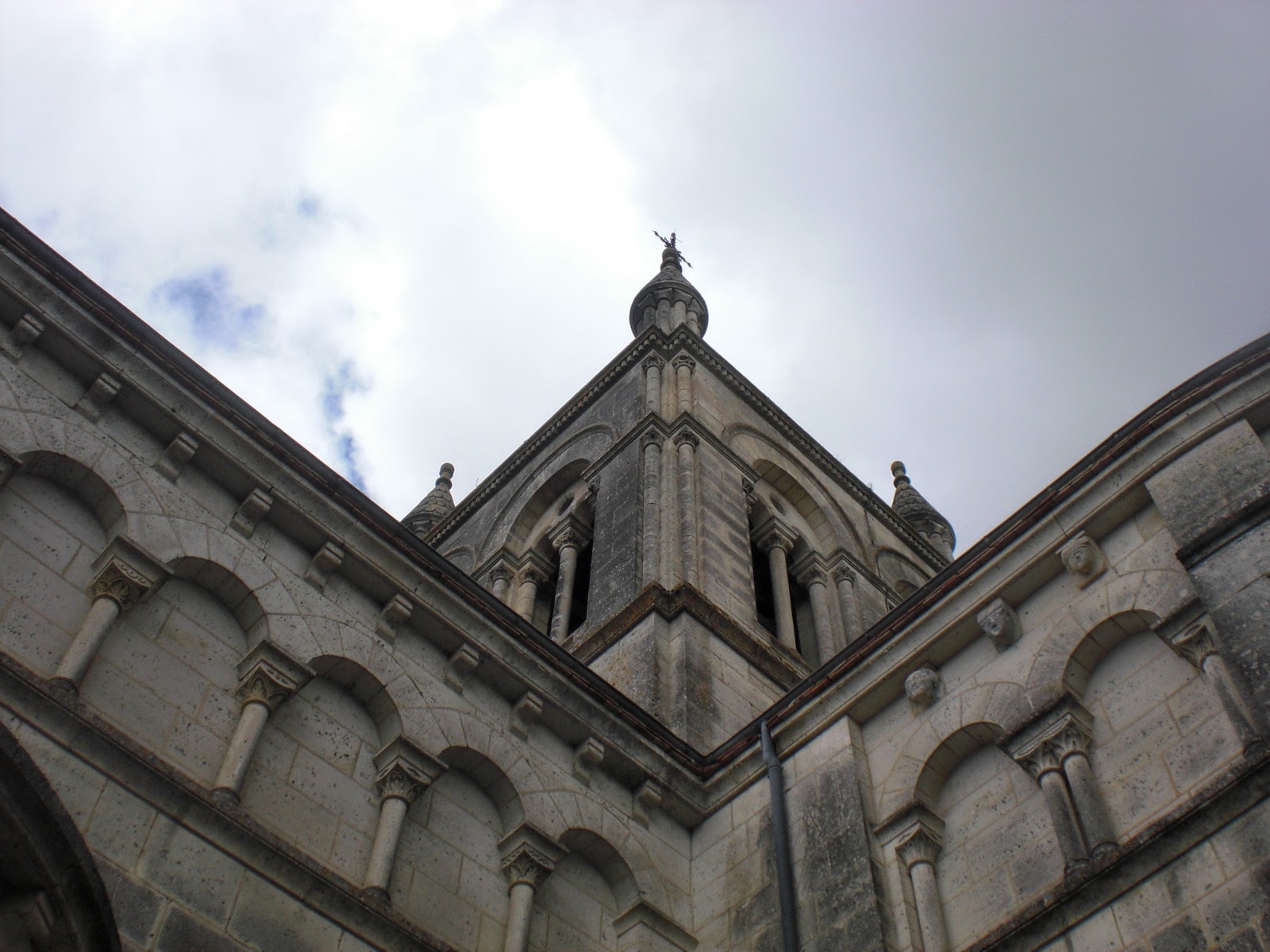 Unfortunately we could not enter the church on this day ,
as there was a funeral service being held.
Here is the link to Diane's blog and her photos of inside.

We then made our way round to
The Castle which was built in the 10 century on the site a former
Roman settlement, it was modified and fortified in the 12th and13th centuries
by the Lusignan family. 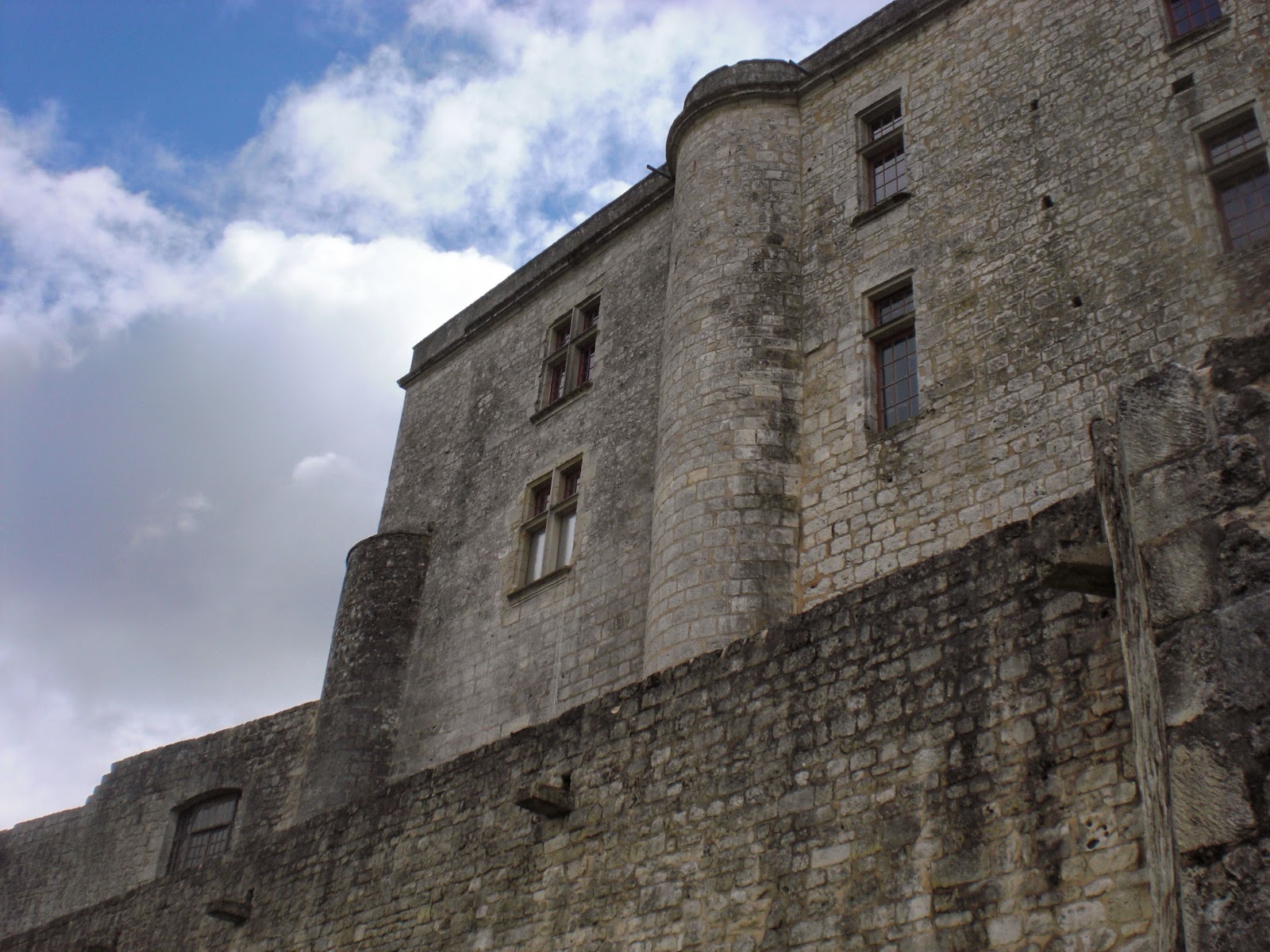 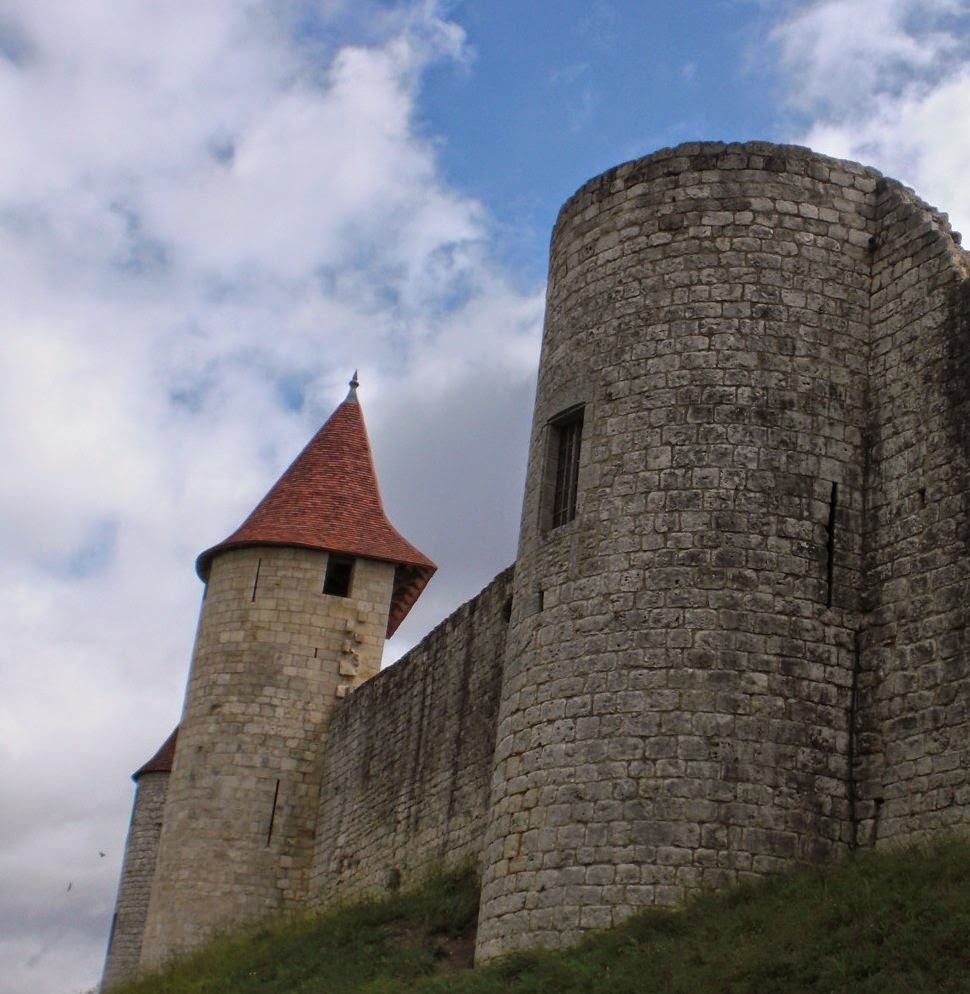 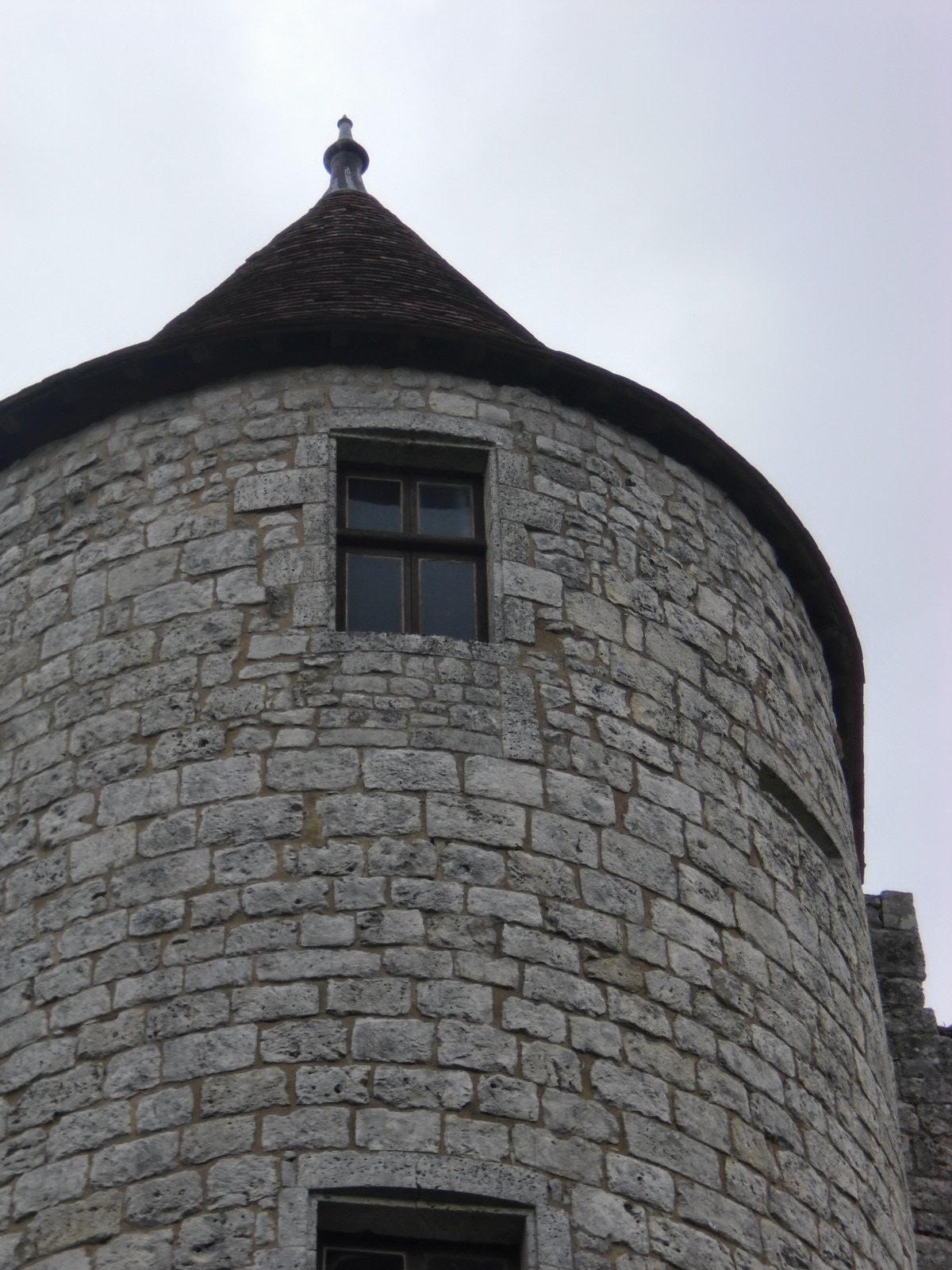 We did not go into the grounds of the Castle either
(no tour) here is Diane's day out there! 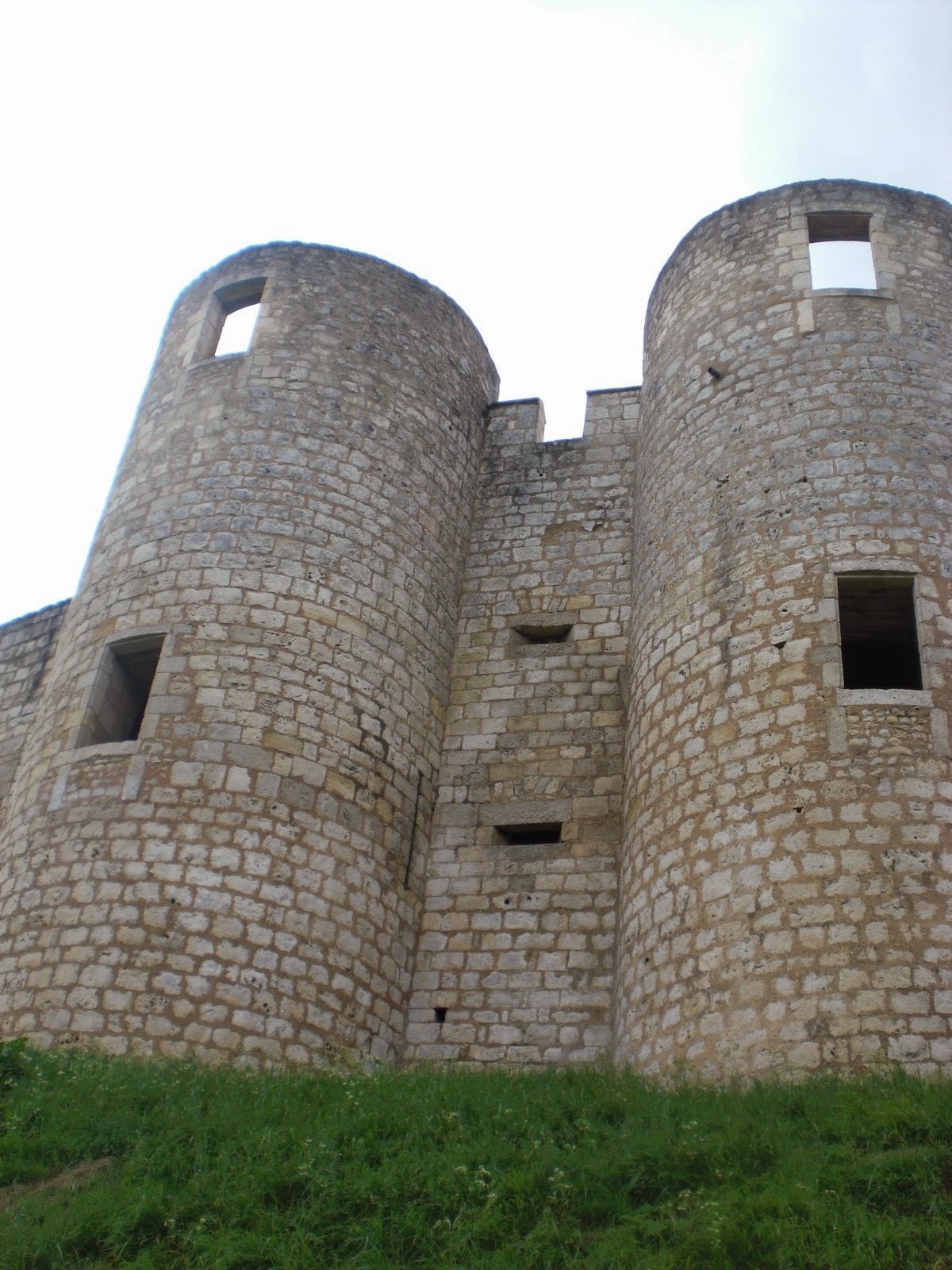 As you can see I love ROUND walls . 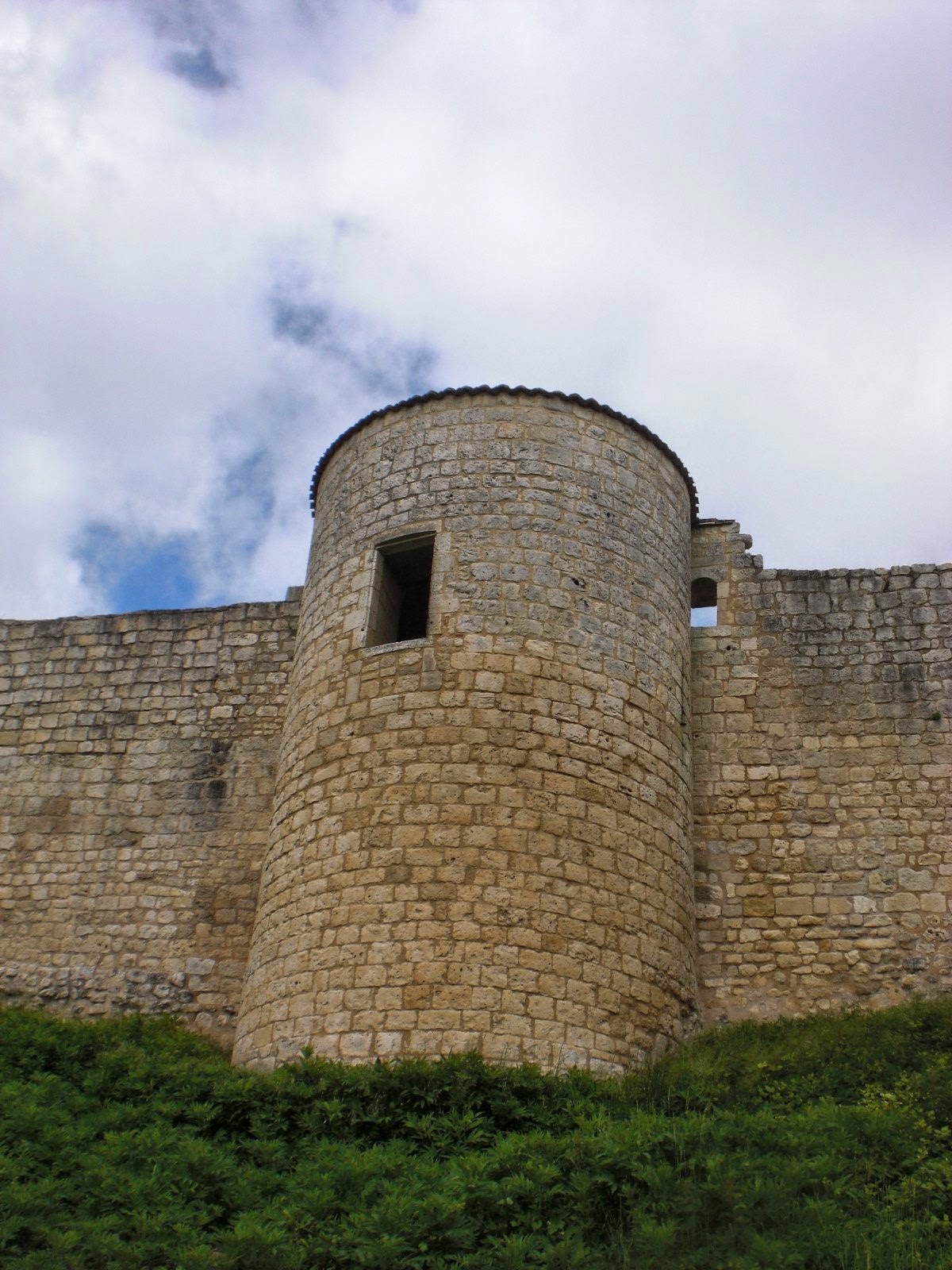