My wonderful blogger friend Jackie
whose blog is
JUNK BOAT TRAVELS
is always on the move ,
I just cannot keep up with her ...
They have been to  some fascinating places.
So a HUGE thank you Jackie for all
your amazing postcards , a sheer delight
to receive them ....
Below is Baja California Sur
which is surrounded by the waters of the Gulf of California – the Sea of Cortez – and the Pacific Ocean.  Baja California Sur is located in the northwest corner of Mexico and is a state that contrasts the soft and gentle landscape of the sea with the harshness of the desert.

Located in the southern part of the Baja California Peninsula, this state boasts beautiful, natural landscapes where visitors can do all sorts of activities that put them in contact with nature and its marvels. 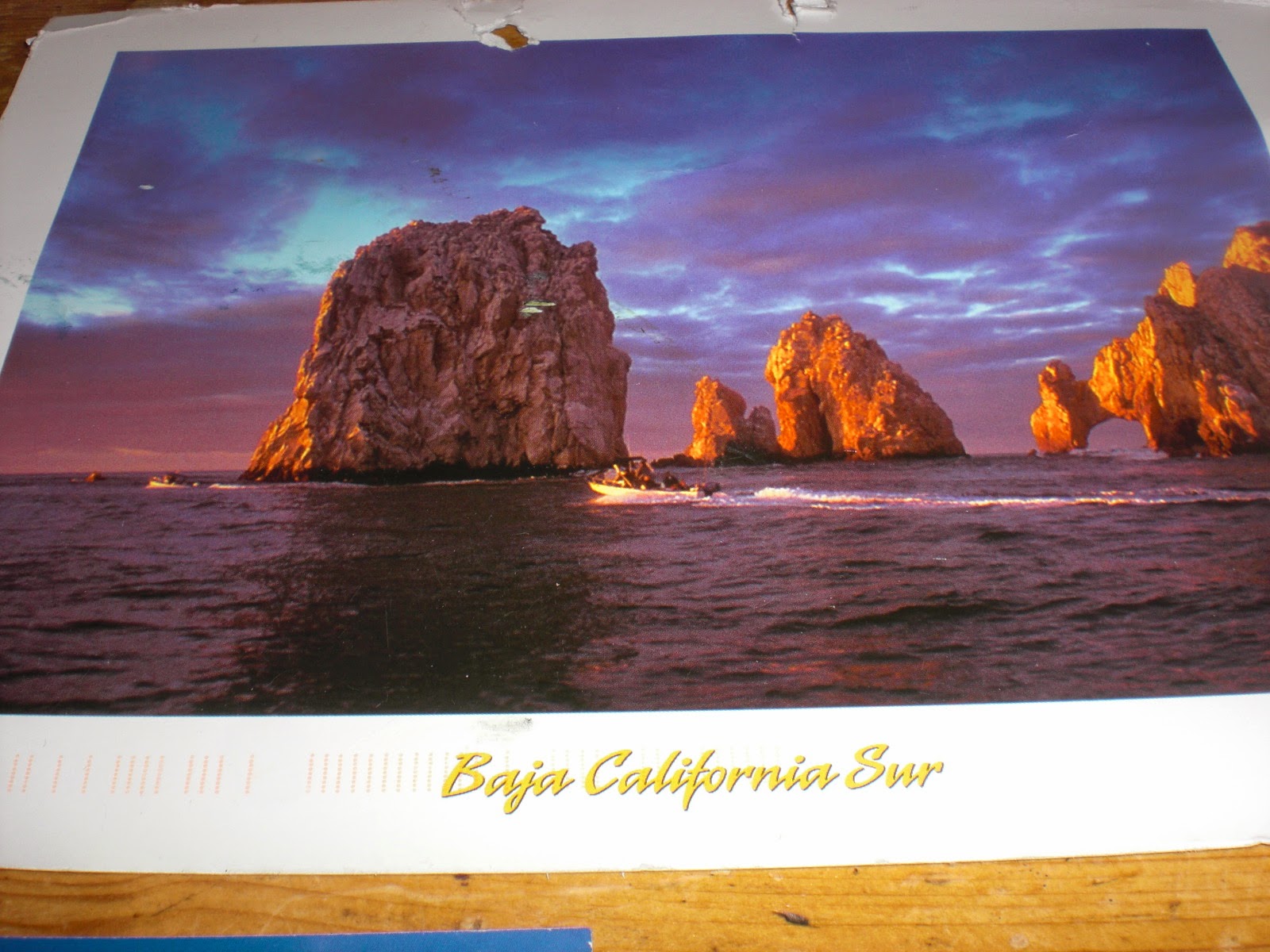 The distinctive landmark of Cabo San Lucas is El Arco (The Arch) rock formation that erupts from the sea at the tip of the Baja Peninsula. Also known as Land's End, El Arco is a popular tourist attraction and  a visit is one of the most popular things to do .

Viewed from a distance from nearly every vantage point in Cabo San Lucas, the image of El Arco is synonymous with Cabo San Lucas. It is called Land’s End because, as the crow flies, if you followed a line south from here, you would not touch land again until you reached the South Pole. 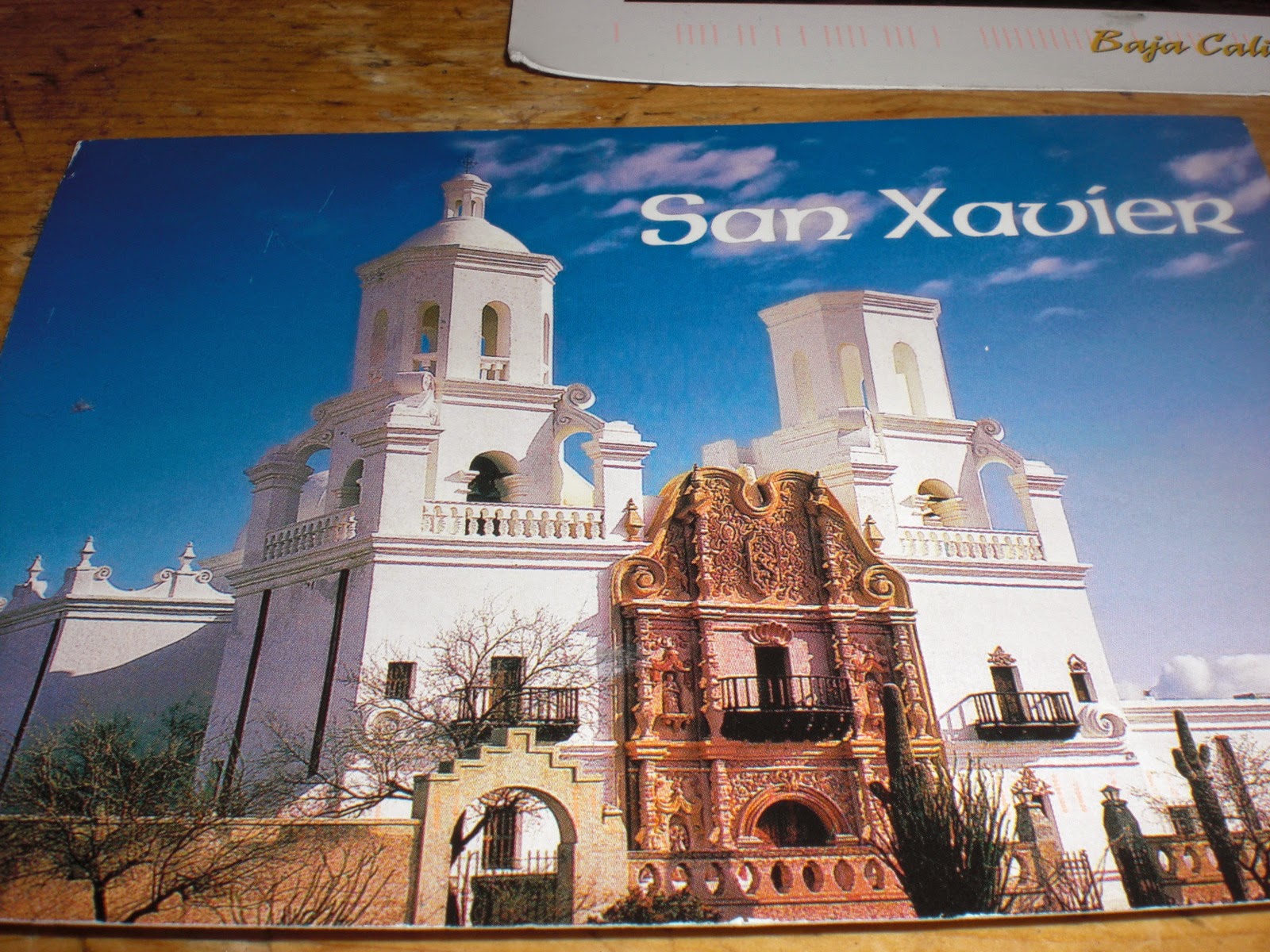 A National Historic Landmark, San Xavier Mission was founded as a Catholic mission by Father Eusebio Kino in 1692. Construction of the current church began in 1783 and was completed in 1797.  This is the  oldest intact European structure in Arizona, the church's interior is filled with marvellous original statuary and mural paintings. It is a place where visitors can truly step back in time and enter an authentic 18th Century space.
The church retains its original purpose of ministering to the religious needs of its parishioners. 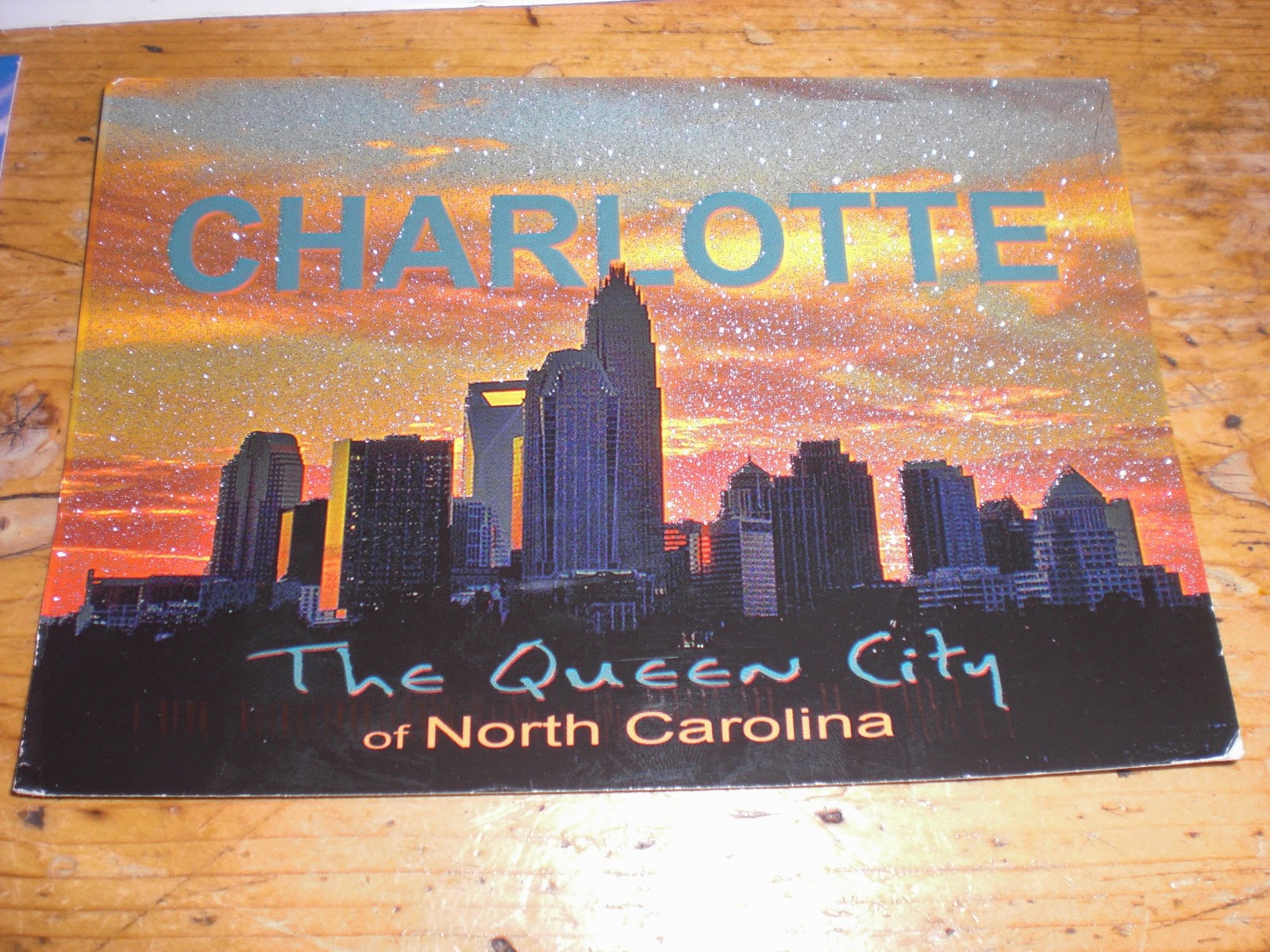 Charlotte has a rich history steeped in the discovery of gold and the pride of Scots-Irish settlers. The Queen City was founded in 1768 and named for Queen Charlotte, wife of King George III of England. Now the nation’s second leading financial center, Charlotte was originally built at the crossroads of two Native-American trading paths. The intersection of these two paths, now major streets, is known as the heart of Charlotte – “Trade & Tryon
The Charlotte region is composed of 16 counties, including four counties in South Carolina, with the city of Charlotte serving as the hub. Located in the heart of the Southeast and lies within the southern Piedmont of North Carolina, along the state’s border with South Carolina. Charlotte is the largest and most accessible city between Washington, D.C., and Dallas, Texas. Due to its mid-Atlantic location, getting to Charlotte is easy from anywhere in the country or the world, hence its nickname "the International Gateway to the South."


I have certainly learnt something here , I never knew we had a Queen Charlotte !!!
Very interesting cards , I hope that you have enjoyed them. If you have not read
Jackie's blog , please go and have a read, she blogs and blogs about everything :-)
♥ ♥ ♥ ♥ ♥