So great to meet up, we had a fab time .
Also to see Paris in the eyes of someone new.

♥ ♥ ♥
Linda of Frenchless in France and I have
been trying to meet up for ages but it never happened
until this year .. Timings were wrong before.. 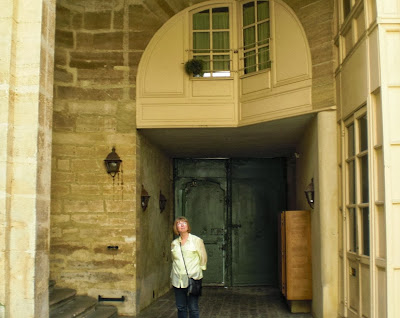 In one of the secret little nooks Linda knows !
We started off by meeting at Place de Clichy (little bit of a mix up) but
all was sorted after we communicated by mobile ..
We walked (what other way do you see Paris) for miles.. 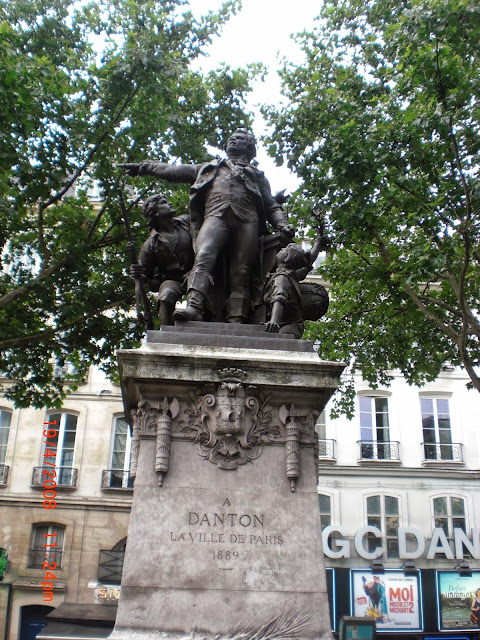 Statue of Georges Danton
St-Germain-des-Pres
The  Statue de Danton, by Auguste Paris was erected in front
of Odeon,  Paris, in 1889 for the centennial celebration of the French revolution. 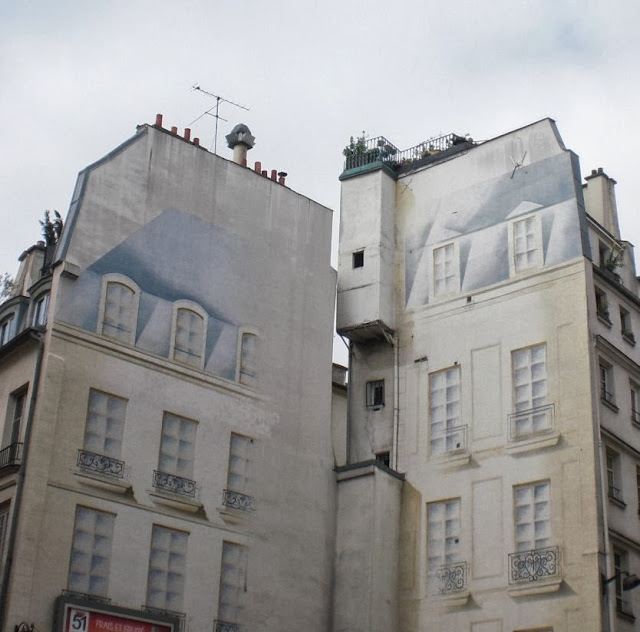 Love the end of these buildings , such a super idea!! 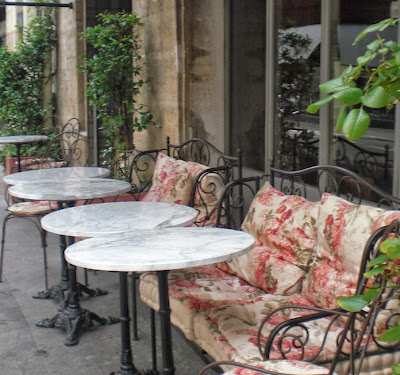 Fancy a café or vino  sitting here? I would. 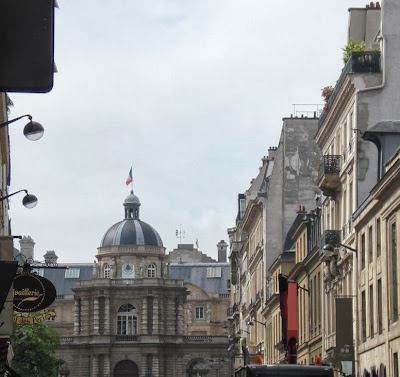 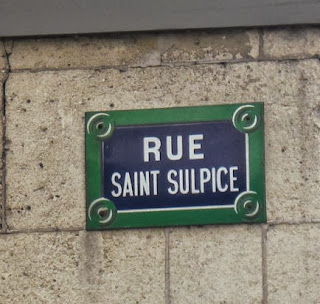 Years ago the street names used to be etched into the
stone walls .. but that all changed and so did the arrondissements..

On 11 October 1795, Paris was divided into twelve arrondissements. They were numbered from west to east, with numbers 1-9 situated on the Right Bank of the Seine, and 10-12 on the Left Bank.
Each arrondissement was subdivided into four quartiers, which corresponded to the 48 original districts created in 1790.

On 1 January 1860, new territory was defined to be within the city by Napoleon III. The previous twelve arrondissements were rearranged with this new territory to become the present twenty. 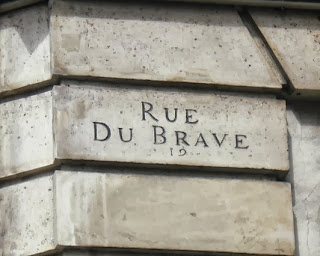 I have tried to find these streets on google but no joy
(I will continue to look)
But as you see it does say the 19th but we were
no where near there.. 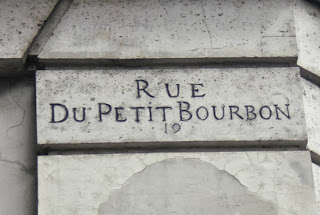 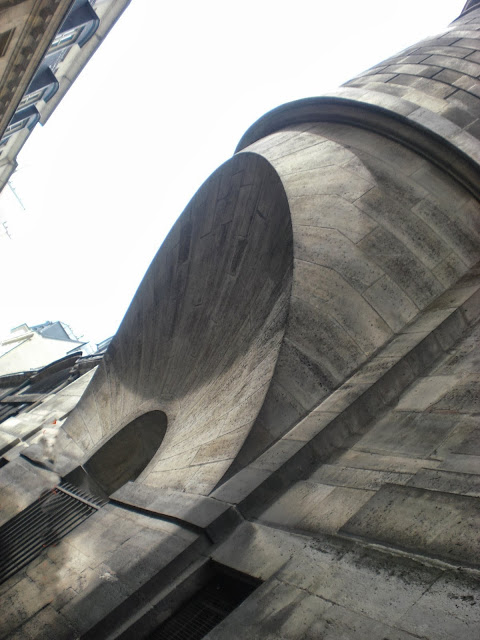 We headed to Saint Sulpice , Roman Catholic Church..
the second largest church in the city.. 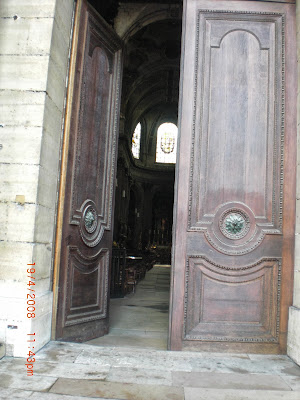 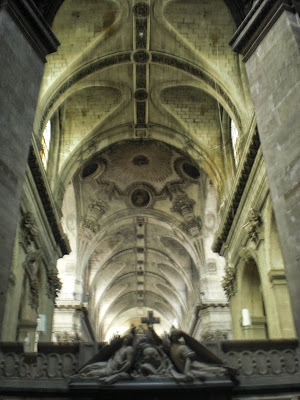 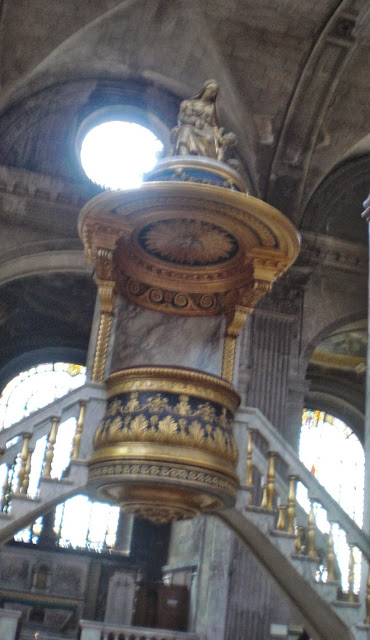 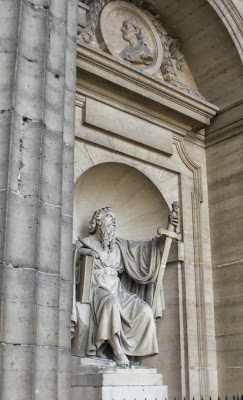 What we do to get a great shot. 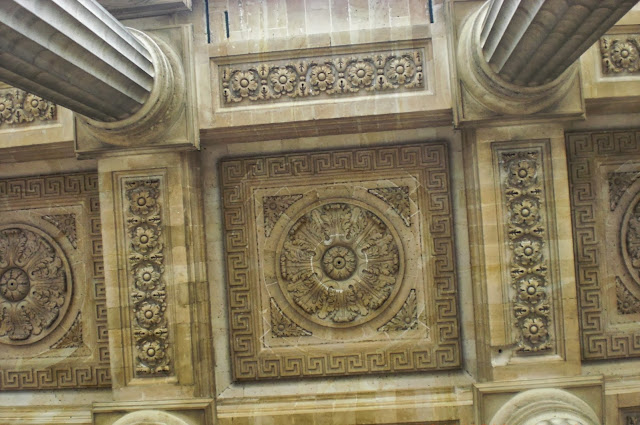 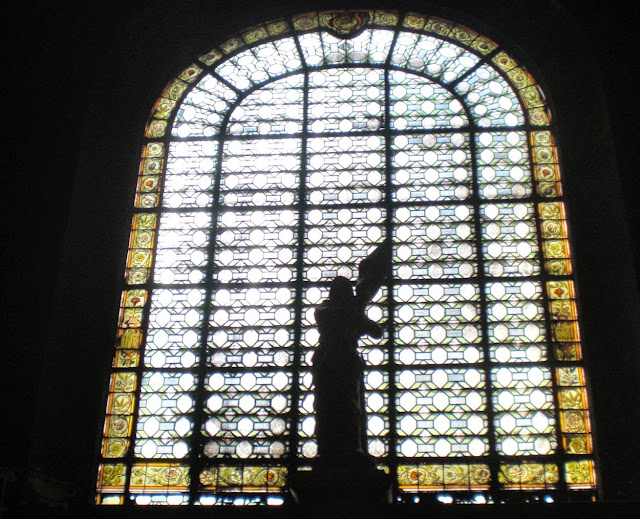 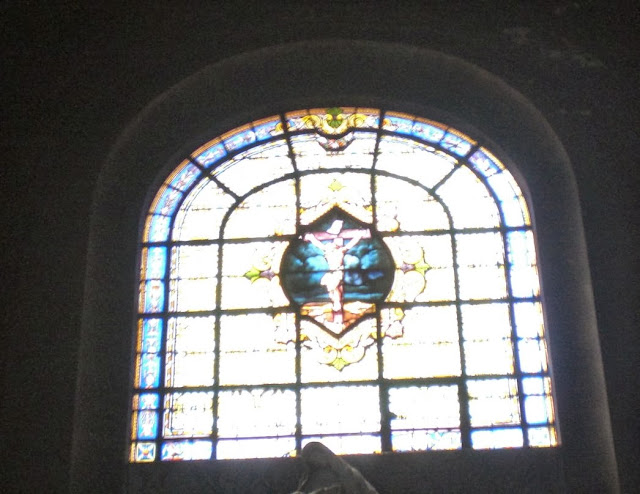 In 1727 Jean-Baptiste Languet de Gergy, then priest of Saint-Sulpice, requested the construction of a gnomon in the church as part of its new construction, to help him determine the time of the equinoxes and  Easter A meridian line of brass was inlaid across the floor and ascending a white marble obelisk, nearly eleven metres high, at the top of which is a sphere surmounted by a cross. The obelisk is dated 1743.
In the south transept window a small opening with a lens was set up, so that a ray of sunlight shines onto the brass line. At noon on the winter solstice (21 December), the ray of light touches the brass line on the obelisk. At noon on the equinoxes (21 March and 21 September), the ray touches an oval plate of copper in the floor near the altar.
Constructed by the English clock-maker and astronomer Henry Sully, the gnomon was also used for various scientific measurements: This rational use may have protected Saint-Sulpice from being destroyed during the French Revolution

This information was taken from the internet ..


This is my photo , close up of the brass meridian line ... which goes across the
floor and up the white obelisk, 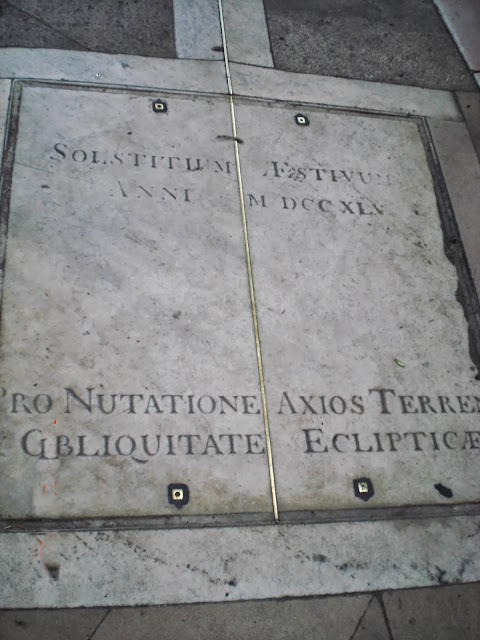 Taken from the interet , as the church is really dark .. but you can see the Obelisk in
the back ground 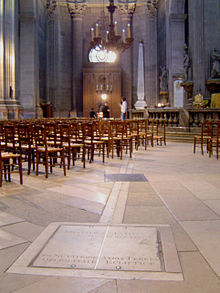 This is just a small part of our day out .. will be back with more!
♥ ♥ ♥ ♥ ♥
Dreaming of France then call over to
The Accidental Blog with Paulita
and share your stories , maybe a book,
a film or even one of your trips
or just dreaming ♥ 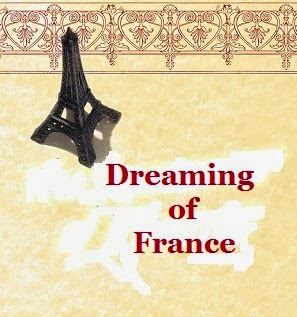