UPDATE ON THIS POST - London for the afternoon with a great friend ..

A few days before I was due to go to Paris (in July)
, I went to stay with my mother -in-law in North London,
I love going there and now it is extra special
as my lovely friend Jennifer has moved from Paris to London
to be with her boyfriend  ..SOON TO BE HUSBAND .. Peter.
And only three Metro stops from my mum-in-law which is super for all of us. 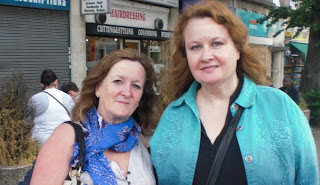 We went to Stoke Newington , which is new to me, I was able to see
where they were getting married ..:-) :-) .. also have a look around the
up and coming area.
So our first stop was ..a Cemetery.
We walk round them in Paris so why not London .. ??

Hi Anne, just to let you know that Marc Bolan of TRex fame was born in Stoke Newington. Elton John used to hang out on Church St and played in a pub on the river Lee. If you go to the library on Church St, you will see the gravestone of Daniel Defoe, the author of Robinson Crusoe. There is a Daniel Defoe society and apparently Johnny Depp and Tim Burton are members. Queen Elizabeth the 1st used to visit the small ancient church near the entrance to Clissold Park on Church St. By the way, the cemetery is tastefully scruffy, that's the way Stokies like it! The reason it's not trimmed down is the wildlife and it is National Trust protected. There are woodpeckers, jays and sparrow-hawks.

Abney Park in Stoke Newington, in the London Borough of Hackney, is a historic parkland originally laid out in the early 18th century by Lady Mary Abney and Dr. Isaac Watts,  and the Hartopp family. In 1840 it became a non-denominational garden cemetery, a semi-public park arboretum, and an educational institute, which was widely celebrated as an example of its time. Abney Park is one of the Magnificent Seven London cemeteries. ]It is also a Local Nature Reserve. 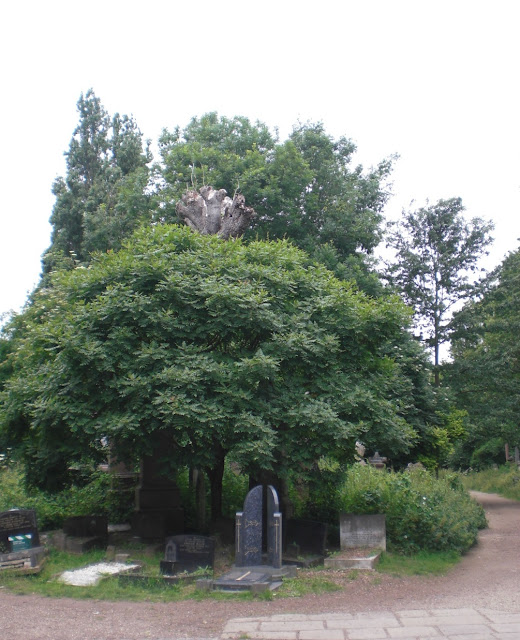 Given how important this place is I think the Hackney council need to step up and help preserve it!  After all this is one of Britain's historic park and garden . Unfortunately as is mostly the case in England the roof slates and roof flashings of the Abney Park Chapel have been damaged by unauthorised climbing and theft at times when the park was left unsupervised and unlocked overnight, and this has resulted in water seepage into the chapel walls which is now causing serious problems to the whole building, which on our visit was derelict.

The Chapel ..
which is waiting for restorations and brought back to life and
to be used by the trust and open to the public. 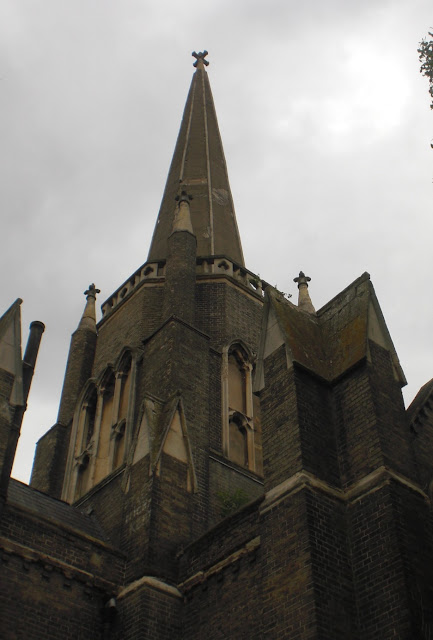 Statues we saw on our walk round,
it was also quite eerie!! 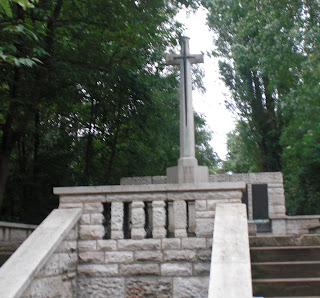 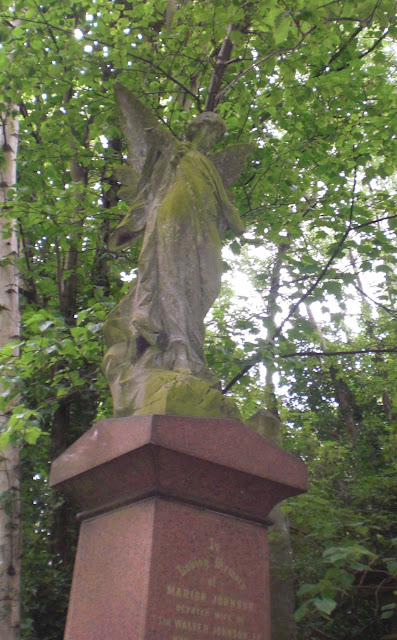 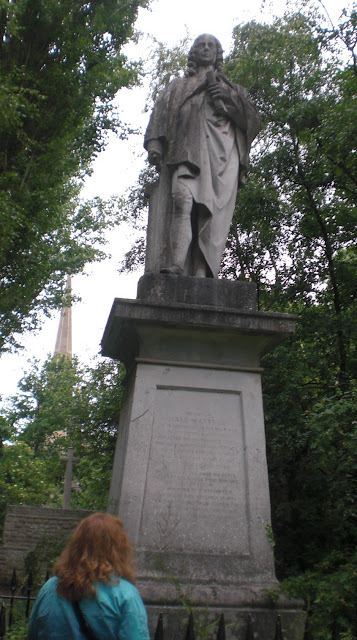 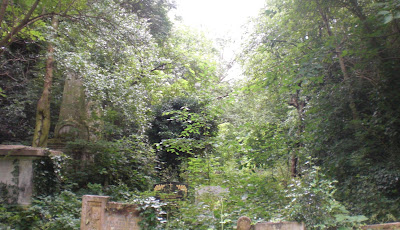 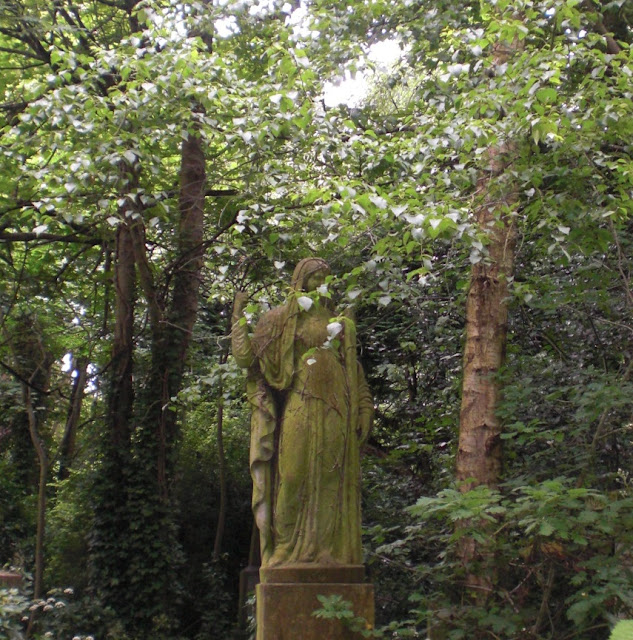 ﻿
William Frederick Tyler, Police Constable 403 of 'N' Division,
Metropolitan Police Service, fallen while bravely serving
the community on the 23rd January 1909.
Killed age 31 in the Tottenham Outrage
which took place 23 of January 1909.
One winter Saturday morning two armed Russian/Latvian anarchists, Paul Hefeld and Jacob Lepidus, attempted to seize the wages’ cash (£80) being delivered to the Schnurmann Rubber Factory in Chestnut Road, Tottenham.  If you would like to know more please click on the link above.. 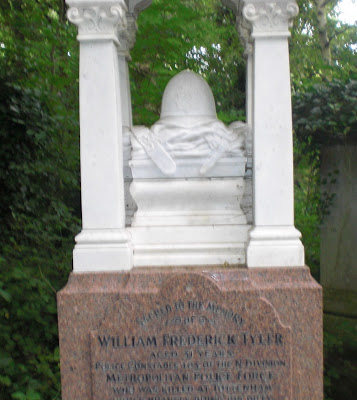 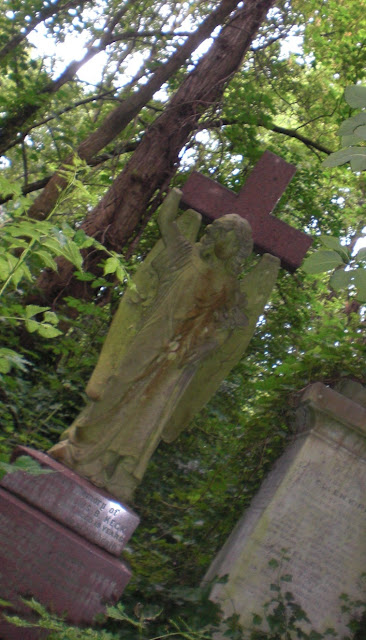 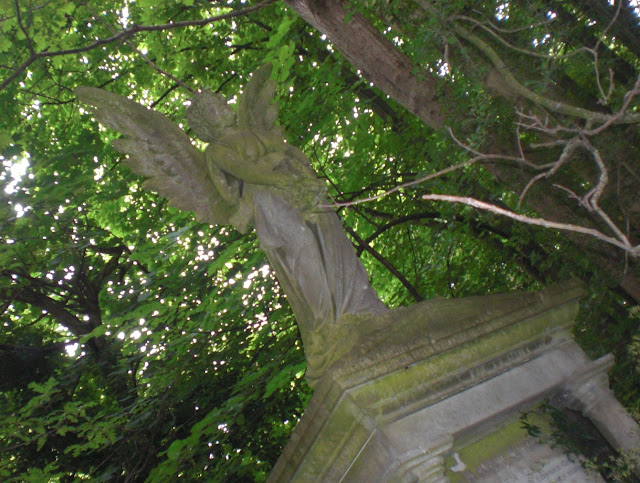 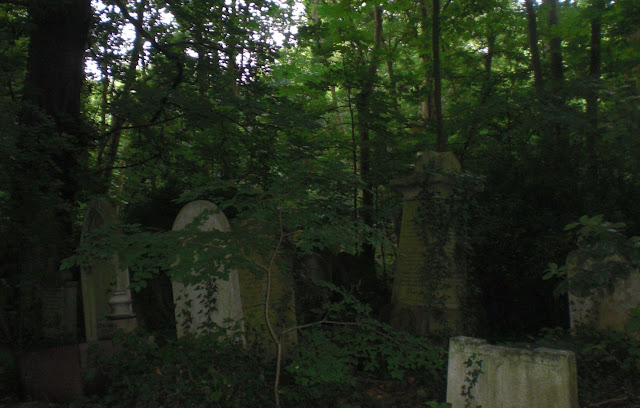 Wood carving in one of the tree trunks.﻿ 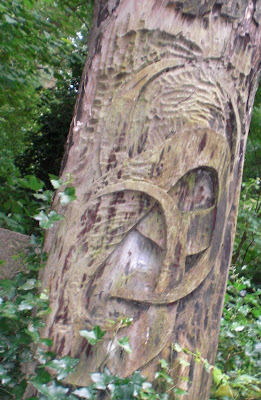 We also came across these men !!
Of course we were both curious !! 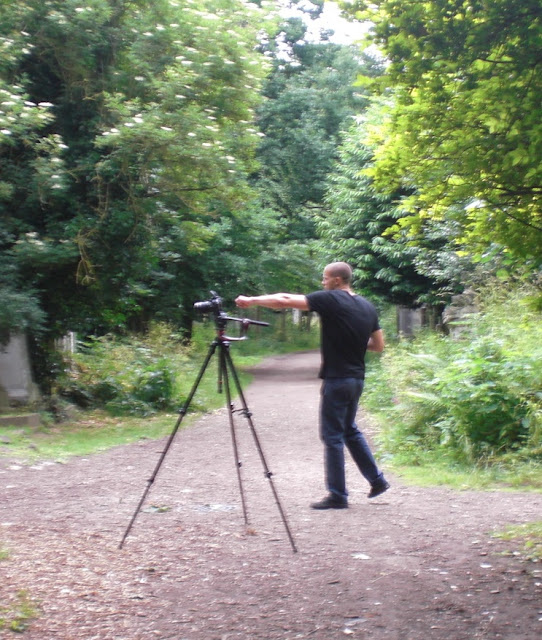 They were filming for a trailer for a film called
The Vampire ..
You can see the black guy in the photo ,
before this , they were standing somewhere else,
and when we walked up (Jennifer was behind me)
he turned to talk to me , I jumped a mile , he had
RED eyes and fangs in (and he has huge muscles) yikes.... Spooky..﻿ 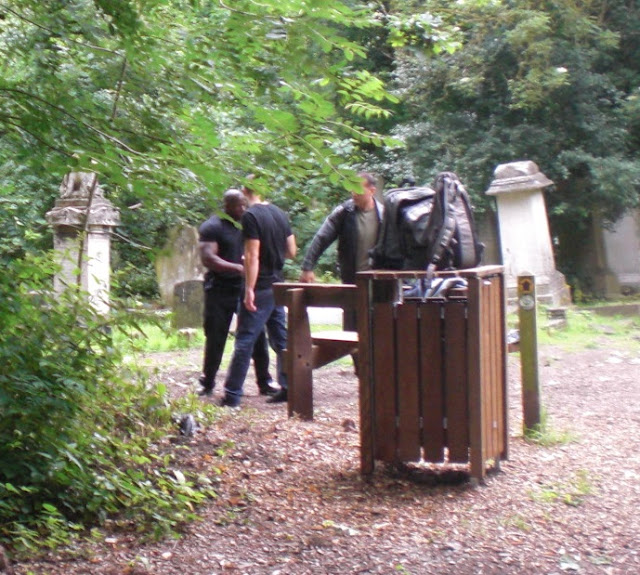 At last I have managed to get this done , little bit more to come.
Hope you have enjoyed this little bit of history. I have linked up
so you can follow more if interested.
♥♥♥♥♥
﻿
on September 01, 2013