The town sits on the banks of the Natisone river,
Cividale del Fruili was founded by Julius Caesar in the 1st century BC,
it later became the first and most important
Lombard duchy formed in Italy after the 6th century
Germanic invasion of Italy. 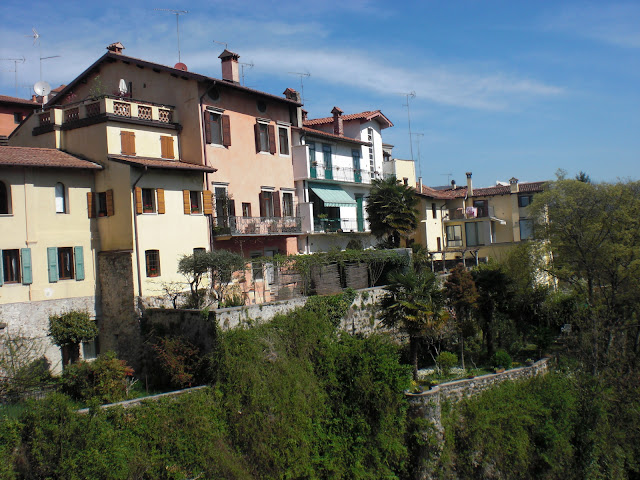 The houses above over look the river .. and if you look
at the river link you can see they have used the same picture! 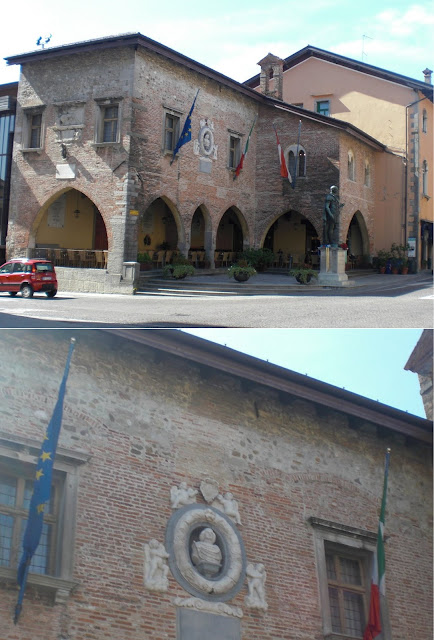 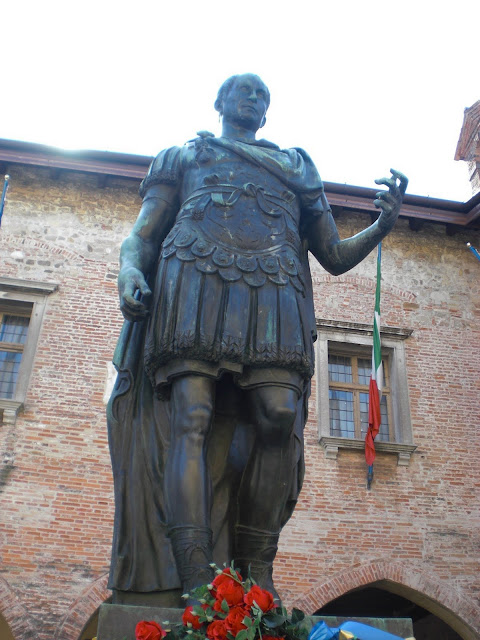 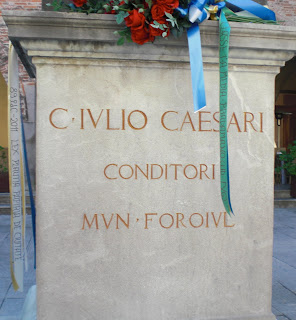 Cividale has a bridge known as
the Devils Bridge ...a symbol of the town and
with a legend.﻿ 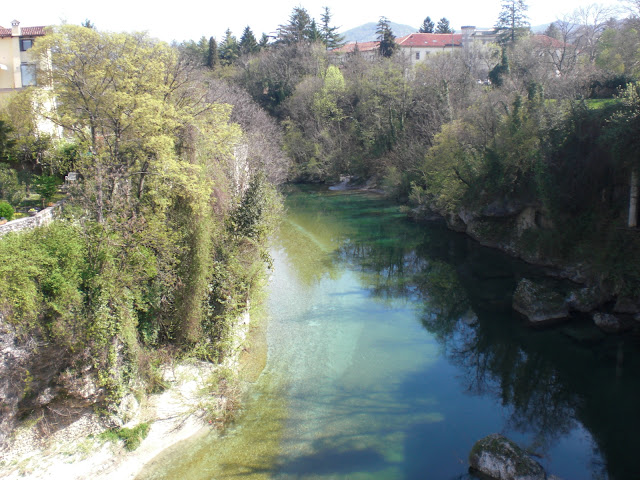 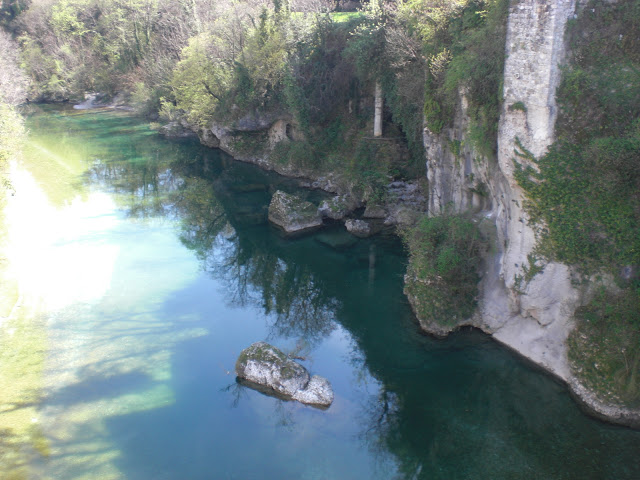 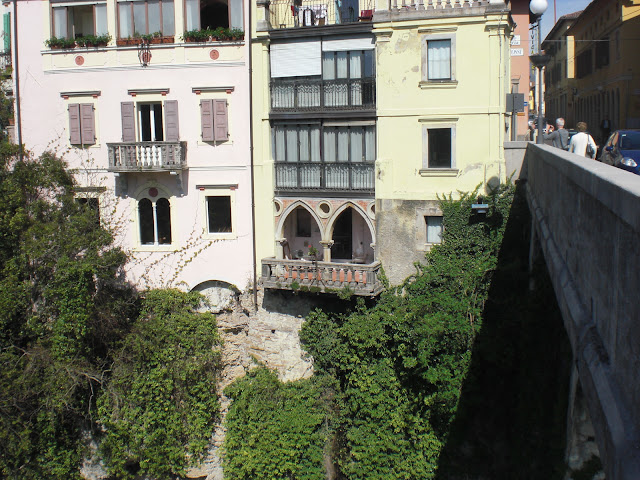 Looking down on to the river and this beautiful balcony. 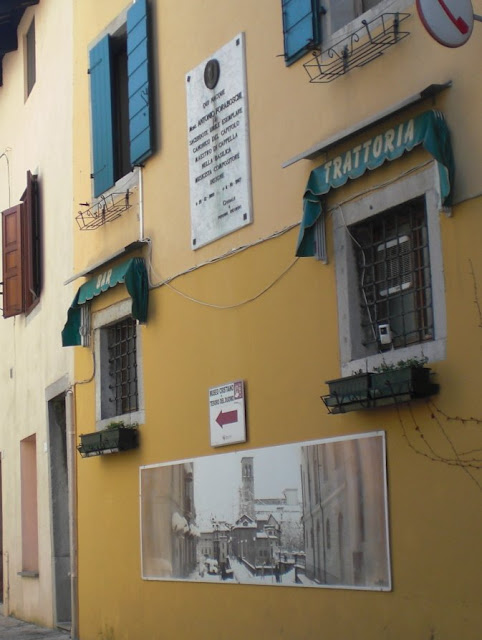 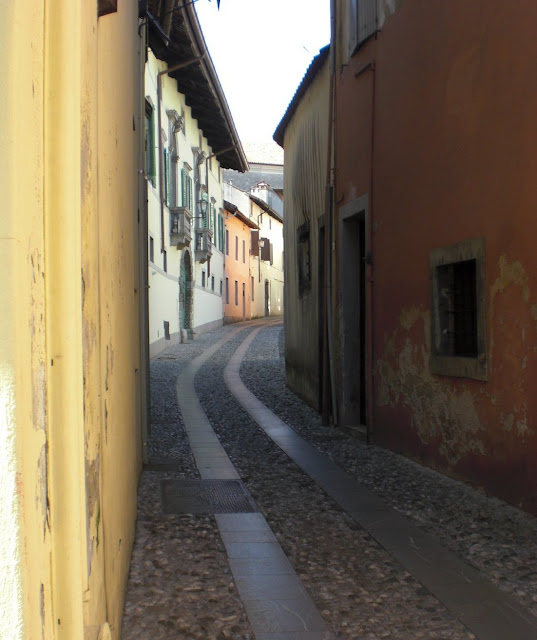 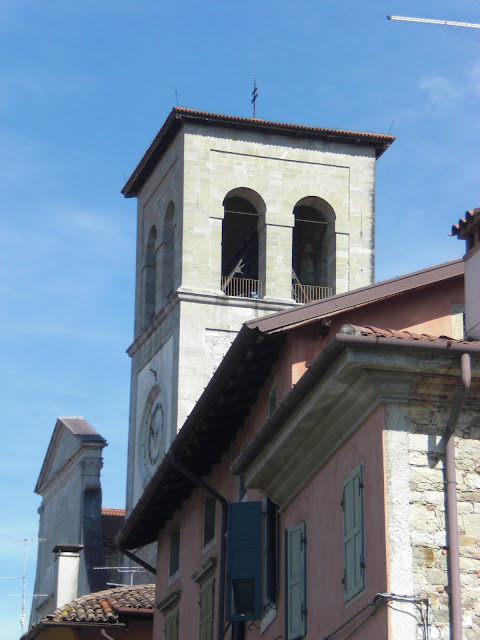 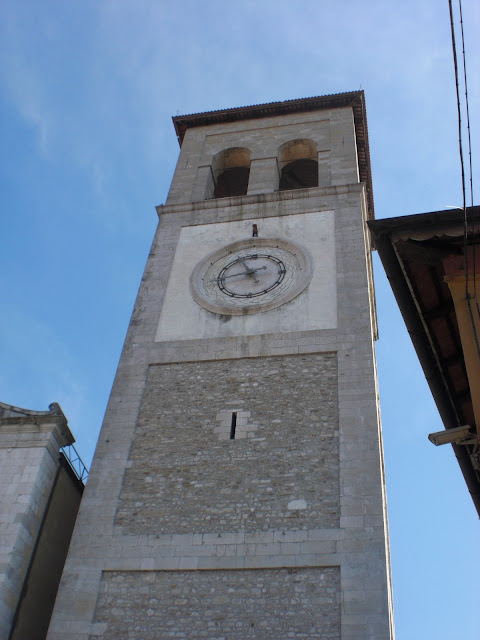 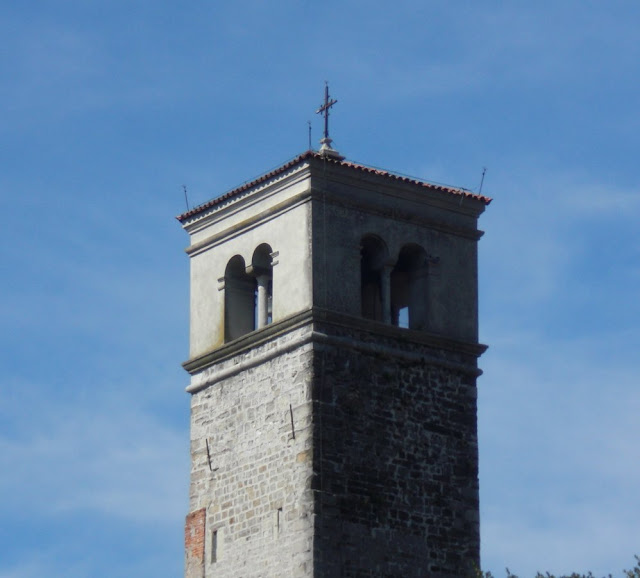