The  Basilica of St. Euphemia,  has a three-part façade with two doors and three large windows of an early Christian type. To the right of the front of the cathedral there is a 15th century bell-tower, while inside it has an early Christian structure (three naves, columns and capitals).
In the apse of the church there is a large fresco representing Christ surrounded by symbols of  the “Tetramorph” (the “Christian tetramorph” presents the four evangelists and four saints). 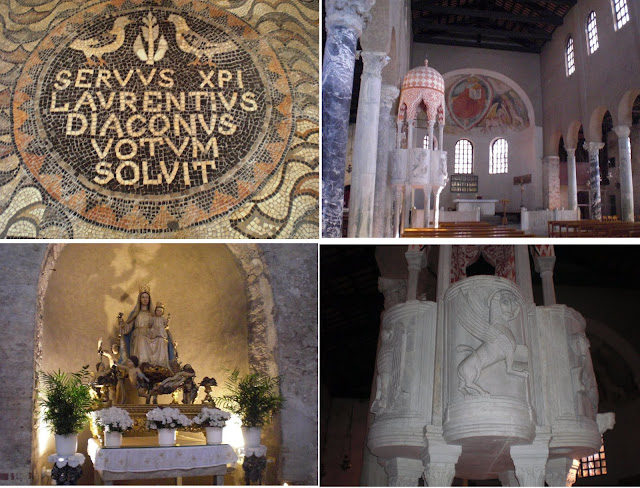 The building is a typical monument of Byzantine architecture, decorated with mosaics, and it was the cathedral of the Patriarchs of Grado until the mid-fifteenth century. (info taken from Internet) 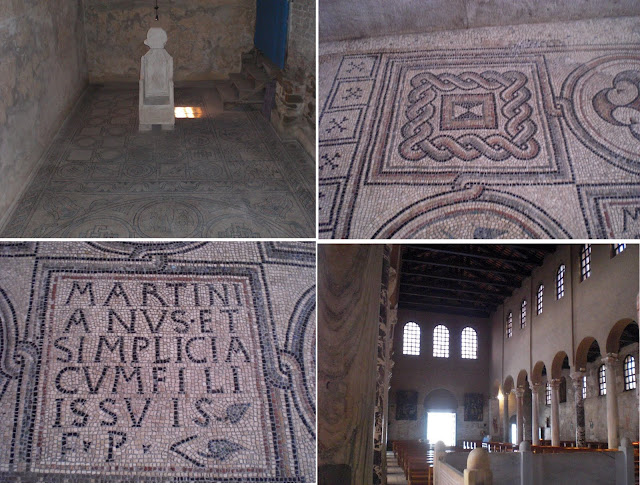 The Lapidary, which collects many finds from Roman times;
precious pieces of statues and
epigraphs dating back to the Roman, Palaeo-Christian,
and late middle ages are conserved

The inscriptions are presented chronologically,
from the first to the fourth century AD. 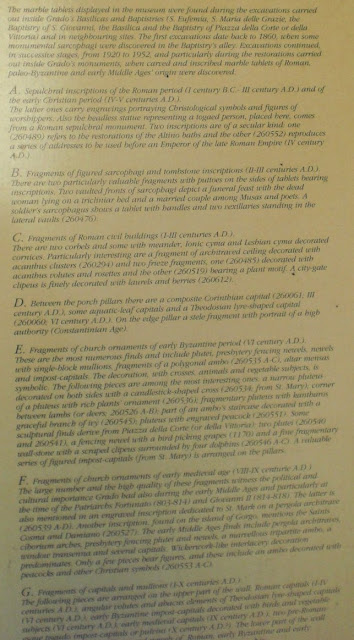 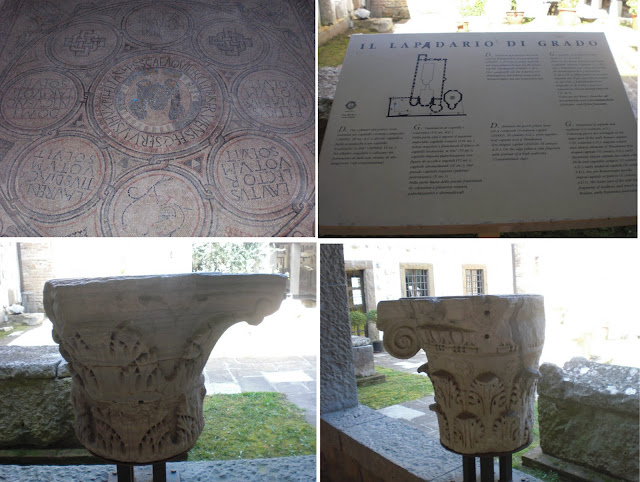 There has been excavation work going on in the centre 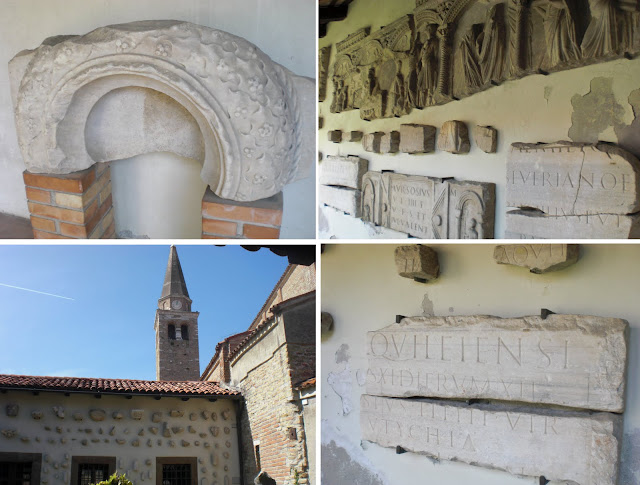 and they uncovered the ruins of another church
Basilica della Corte. 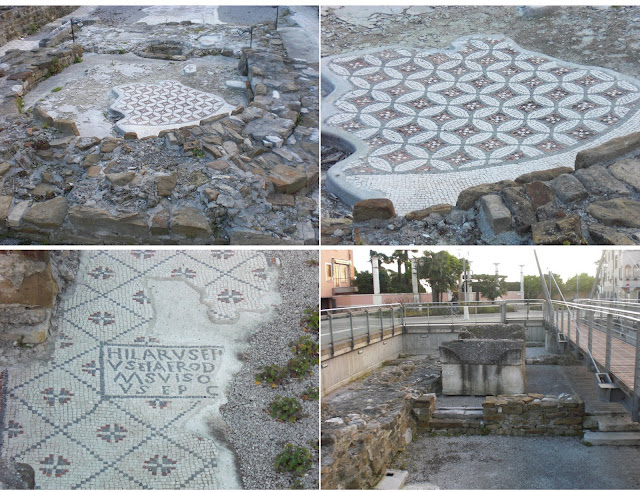 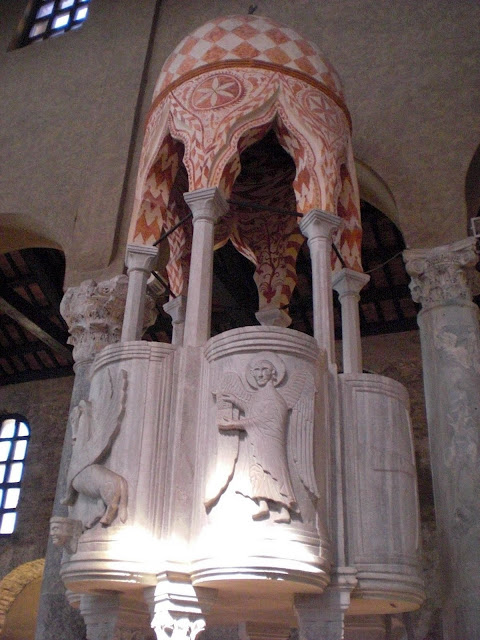 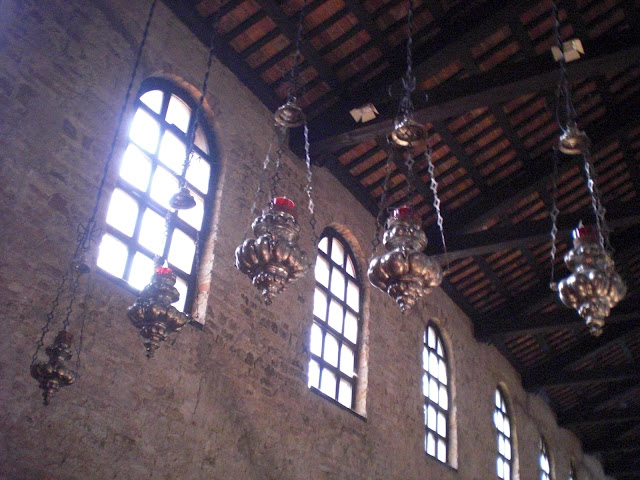 The  medieval belltower topped by a distinctive weathervane shaped like an angel (Anzolo),
a gift from Venice that has become a symbol for the entire community of Grado 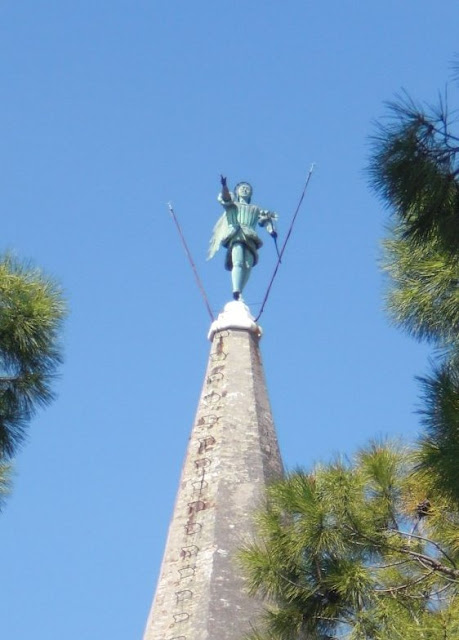