Cathédrale Marie-Reine-du-Monde
Mary, Queen of the World Cathedral
in Montreal. 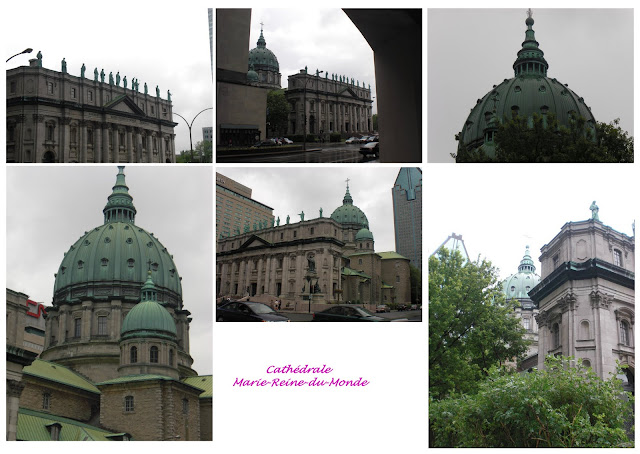 The statues on top are

of the patron saints from 13 parishes 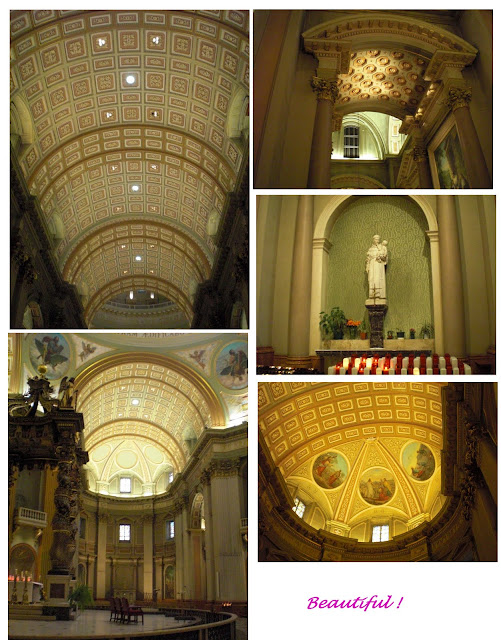 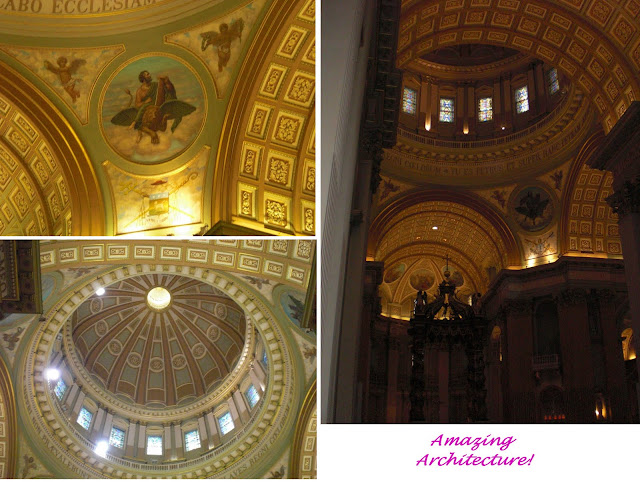 The Cathedral-Basilica of Mary, Queen of the World (French: Cathédrale Marie-Reine-du-Monde) in Montreal, Quebec, Canada, is the seat of the Roman Catholic archdiocese of Montreal. It is the third largest church in Quebec after St. Joseph's Oratory (also in Montreal) and the Basilica of Sainte-Anne-de-Beaupré east of Quebec City.

The church is located at 1085 Cathedral Street, at the corner of René Lévesque Boulevard and Metcalfe Street, near the Bonaventure metro station and Central Station in downtown Montreal.
If you ever get a chance to visit , I hope that you do .. it wonderful and you can also get a free guide to show you around. I didn't take the offer up, as didn't have much time. But definitely would of done. 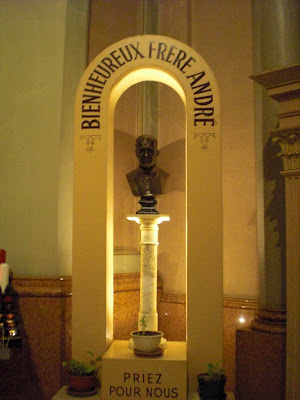 who founded St Joseph's Oratory in

Brother Andre will become the

first Canadian-born man to be canonized a

saint in the Catholic Church. The canonization

will take place, during a solemn mass celebrated

by Pope Benedict XVI in Rome.