Last Thursday August 7th we were so happy to be invited to Raf Benson Families Day. This was quite special to us, as this is where we both used to live. I spent 8 years there, lots of memories, great friends, and quite honestly the best place I lived whilst connected with the Air Force. My husband was there 10 years and I know he would say the same. Very strange as well, walking past where I used to live, where I used to work, shop, the boys school, the old hairdressers, yes its still up and running.!!! And last but not least our old drinking ground, where we used to join our friends for a drink or two!!! We left there in 1992, have been back to the area before, but not really back on to the camp.

This invitation came through the Williams F1 team, who had been invited to attend by the Station Commander. Unfortunately Sir Frank Williams could not attend, but those on the team wishing to do so went along.

Williams F1 had kindly provided one of their cars for display along with the Rolls Royce, Jaguar and Ferrari Owners Clubs. 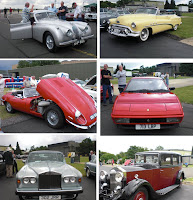 We were also treated to a superb display by the RAF Falcons Parachute Display Team . They were brilliant. 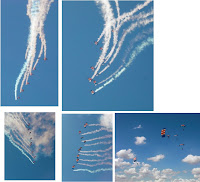 And lastly a Royal Air Force Air Display would not be complete without the fantastic RAF Red Arrows Team. I have seen them so many times but they never fail to amaze me.!!! 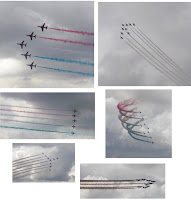