Udine and its wonderful architecture .... 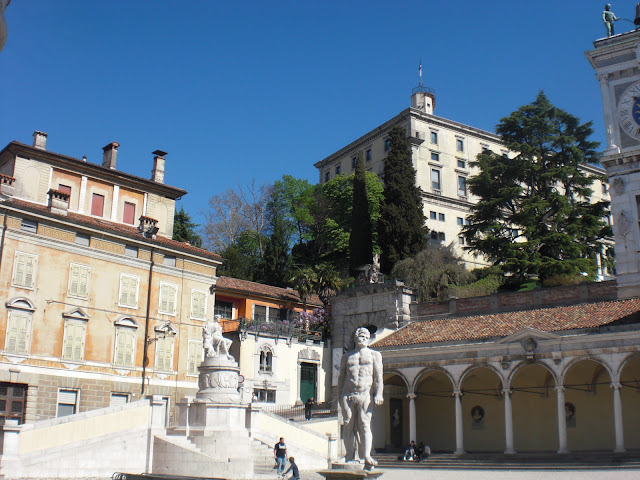 In the principal square (Piazza della Libertà) stands the town hall (Loggia del Lionello) built in 1448–1457 in the Venetian-Gothic style opposite a clock tower (Torre dell’Orologio) resembling that of the Piazza San Marco at Venice. It was begun in 1448 on a project by Nicolò Lionello, a local goldsmith, and was rebuilt following a fire in 1876. 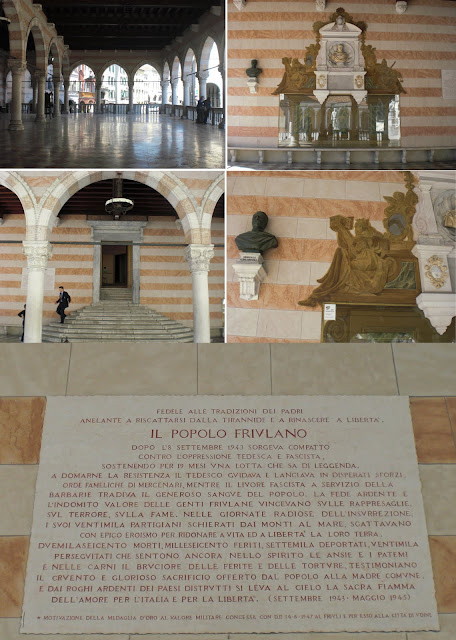 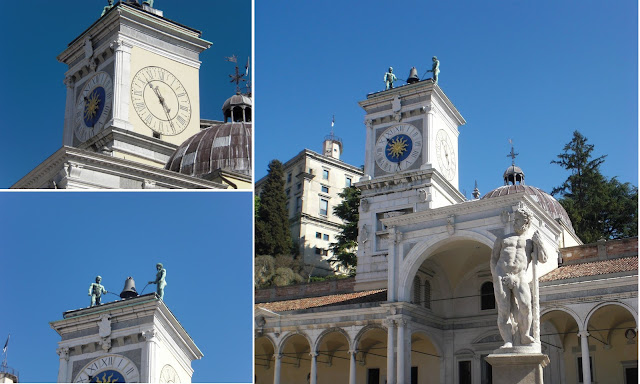 The Clock Tower, is one of the jewels of Liberty Square. It was built in 1527 by Giovanni da Udine , on the same scheme of the Venetian tower in Piazza .  On top of the tower, the two statues are known as "Huomini delle ore" and on the hours they strike on a bell placed between them.  The two statues were created by the sculptor Vincenzo Luccardi in 1850. The clock is round, very elegant, decorated in the center of a golden sun on a blue background.
The Loggia di San Giovanni, a Renaissance structure designed by Bernardino da Morcote. Other monuments in the square are the Fountain by Giovanni Carrara, an architect from Bergamo (1542); the Columns bearing the Venetian Lion and the Statue of Justice (1614), the statues of Hercules and Cacus and the Statue of Peace (1819) which was donated to Udine by Emperor Francis I to commemorate the peace Treaty of Campoformido. 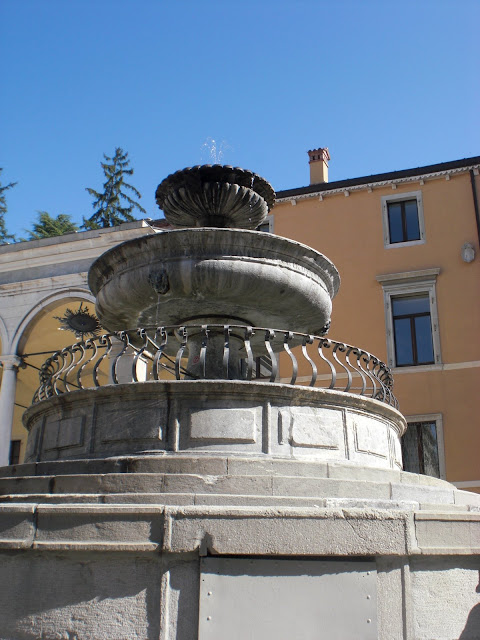 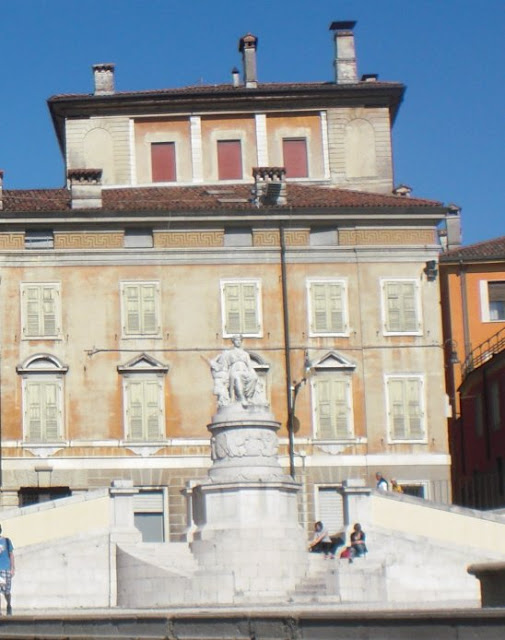 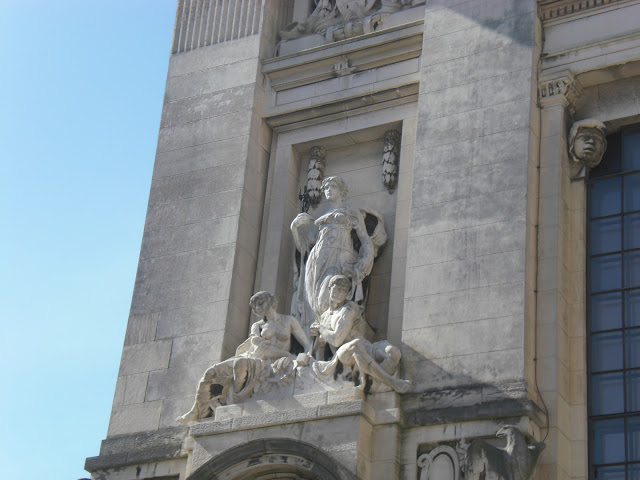 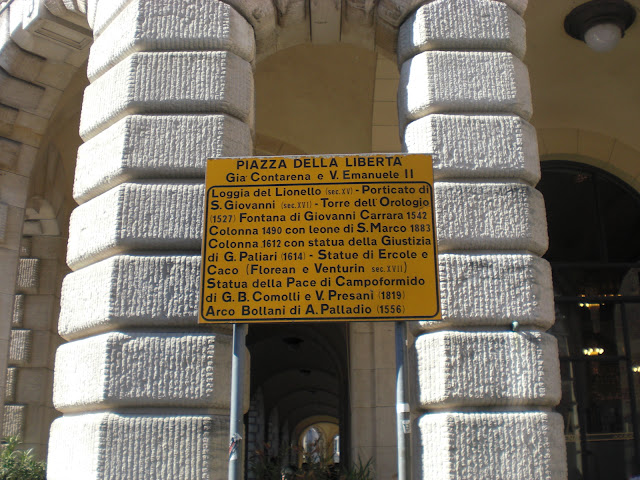