Marsaxlokk - Fishing Village in Malta ...(dont read if you dont like Fish Photos) :-)

My cousins took me to
Marsaxlokk
which is a traditional fishing village in the South Eastern Region of Malta,
The village’s name comes from
marsa, which means "port" and xlokk (which is pronounced "schlock")
which is the local name for south east.

The inhabitants of the village are called the Xlukkajri and are historically fishermen. 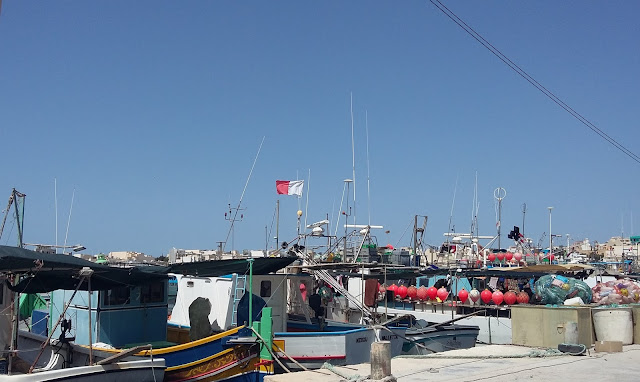 Marsaxlokk is a picturesque fishing village on the south-east side of Malta, it has an ancient history being the site of a Roman temple dedicated to the goddess Juno, but no ancient remains are visible. It is rare as a Maltese seaside village in that it has no modern buildings such as hotels spoiling it and none of the traditional housing has as of yet been destroyed to make way for prefab rental apartments.

On sundays there is a fish market where one can get the best fish available, a particular local favourite is the Lampuki(only when in season) 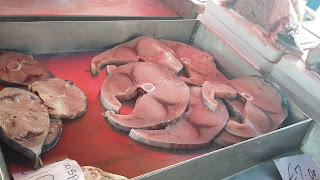 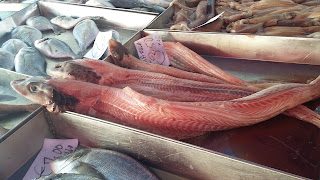 The Fish Market is amazing.

But it isn't only A Fish Market , it is
a market for everything.

My cousin , chose her Fish and her veg , asked the stallholders to keep it for her, to collect later! 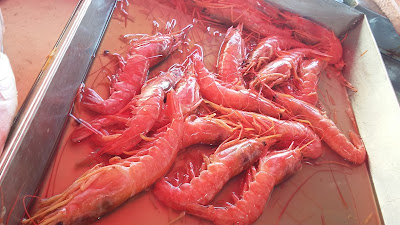 Such an array of unusual Fish and Seafood. 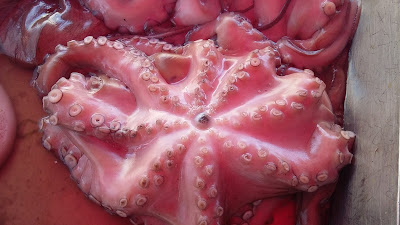 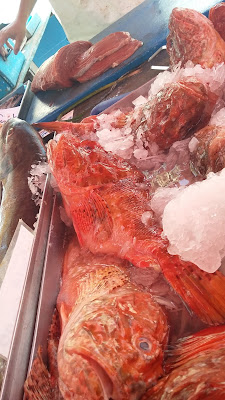 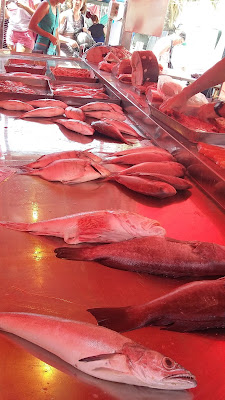 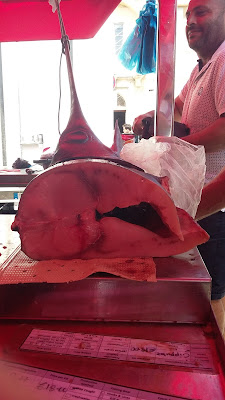 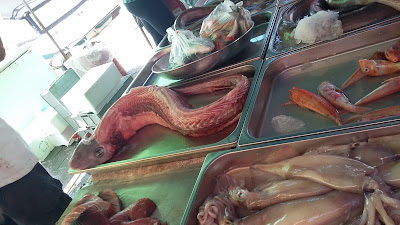 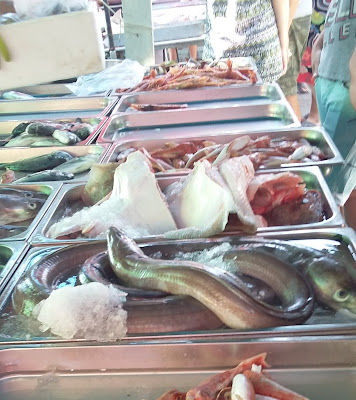 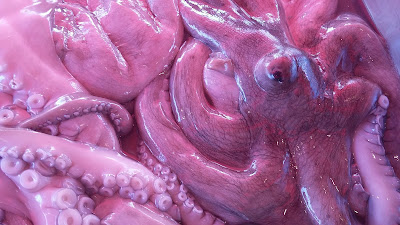 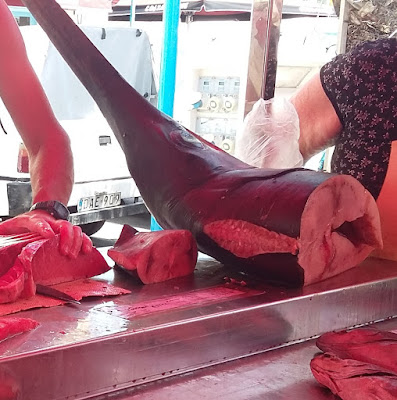 The sight of the traditional luzzu's (fishingboats built according to a design dating back to the Phoenicians) and the tranquil surroundings make this a very pleasant place to have lunch . 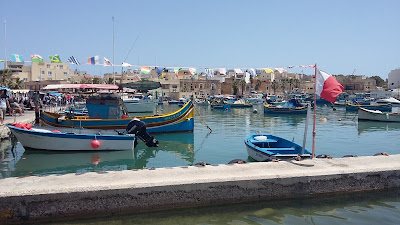 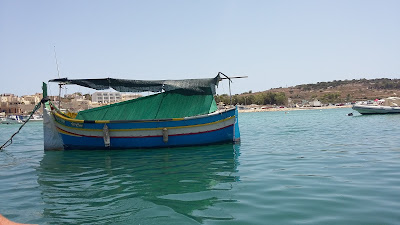 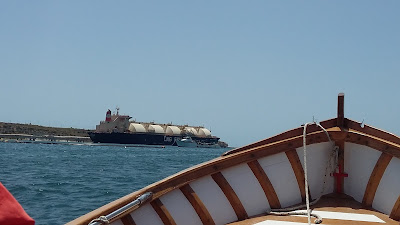 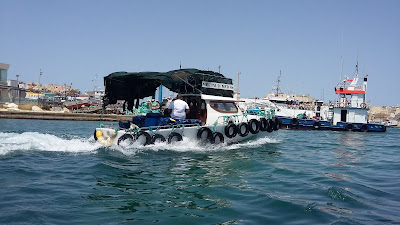 The only blemish on this near perfect picture is the powerplant that for some unfathomable reason had to be built on the side of the bay rather than out of sight in the next bay where the ultra modern cargo port is located.  What were they thinking ?  They have ruined another bay which is called Pretty Bay , it isn't Pretty anymore because of the huge Cargo Port they built there .. shame they could of used another side of the Island. Oh well  I enjoyed both places.