New Friend and Concert in Oxford

My new friend Laura and I met up for the first time yesterday,
and went to a free concert in Christ Church Cathedral , Oxford.

Now when I say we met for the first time , this is true ..
but back in January I went to another concert
in Christ Church with my friend Sarah ,,
Laura was actually sitting two seats from me ,
but we did not talk to each other !!

Long story on how we did make contact again ,
but I am so happy that we did.

The concert was performed by the
Valley High School Orchestra
from IOWA... 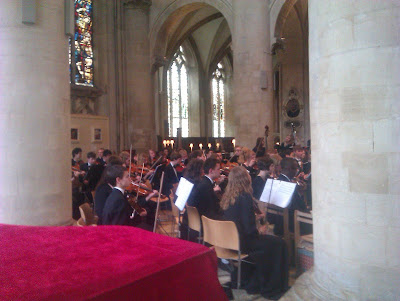 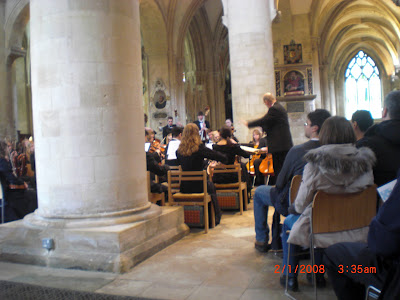 Christ Church Cathedral is the smallest cathedral in England and the seat of the Bishop of Oxford. It is unique in serving not only as a cathedral but as the chapel of Christ Church College. 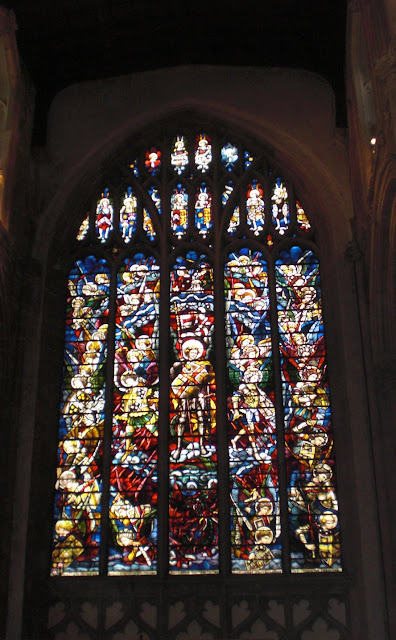 Below is St Frideswide window ....by Edward Burne-Jones 1858

The panel shows a ship of souls carrying St, Frideswide to heaven. 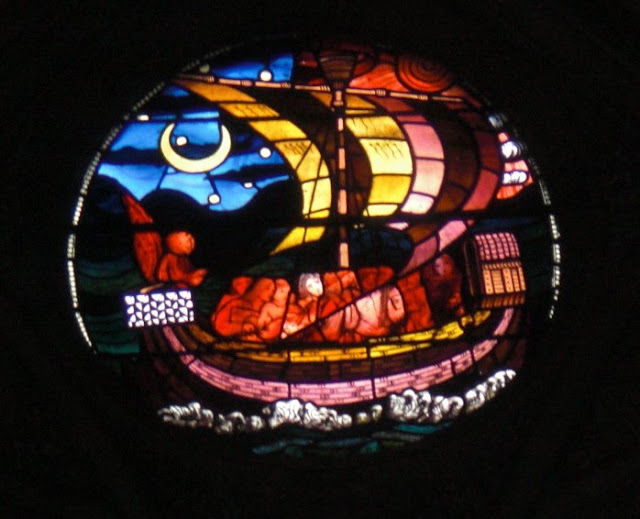 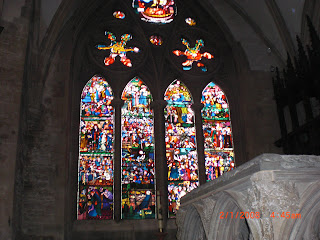 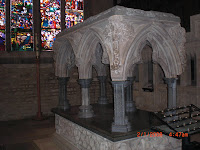 The panel above tells the story of the eighth century
local saint, and to the right is the shrine, the oldest monument in the cathederal.  once held the relics of St. Frideswide, the patron saint of Oxford, but  was destroyed during the Reformation. 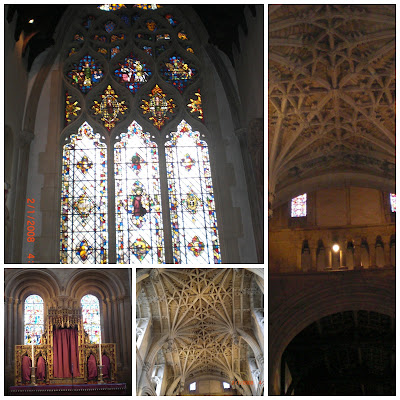 Edward Bouverie Pusey (22 August 1800 – 16 September 1882) was an English churchman, for more than fifty years Regius Professor of Hebrew at Christ Church, Oxford.
He was one of the leaders of the Oxford Movement. 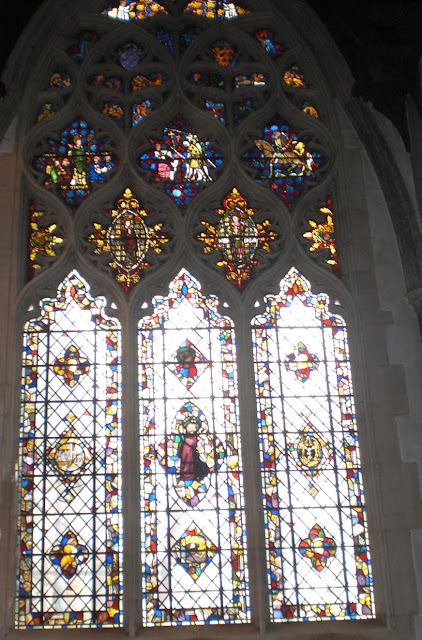 The The oldest stained glass window in the cathedral is the Becket Window, found in the Lucy Chapel on the south side. It dates from 1320 and is a rare surviving portrayal of Thomas Becket, the Archbishop of Canterbury who was murdered in his cathedral by order of the king in 1170. 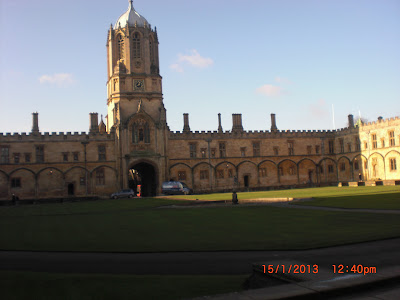 If you are ever in Oxford and would like to meet up ..
I would be happy to take you around the city.