My lovely friends have been on their
travels in the last few months.
So great to receive their postcards,
and from new places too.
My great friend Brigitte in Paris,
went to the Canary Islands
over Christmas - Sun and Warmth.

We could all do with Sun and Warmth!

Parque Nacional De Timanfaya  is a Spanish national park in the southwestern part of the island of Lanzarote, Canary Islands. It covers parts of the municipalities Tinajo and Yaiza.  The parkland is entirely made up of volcanic soil.

The statue "El Diablo" by César Manrique is its symbol. 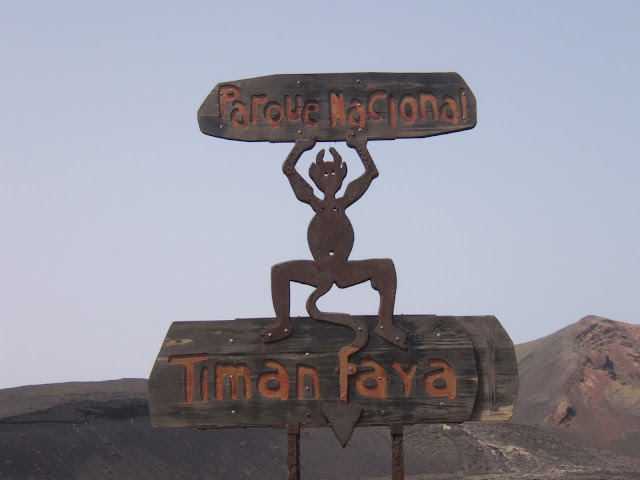 The Montanas del Fuego (Fire Mountains) were created between 1730 and 1736 when more than 100 volcanoes, covering more than 50 km², rose up and devastated this part of the island. The last eruptions were in 1824, however due to the low rainfall (and therefore lack of erosion) this area appears much the same as it did just after the eruptions. In 1968 the area was declared a national park, Parque Nacional de Timanfaya. 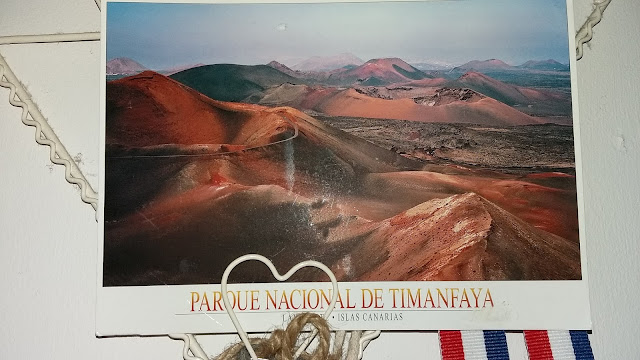 ♥♥♥♥♥♥♥♥
BIG THANK YOU BRIGITTE ♥
Blogging has taken a bit of a back step as life has thrown
some curve balls  which I need to deal with .
I know my friends understand.
When friends take time out of their holidays to think
of me and send me a postcard, no matter where in the world they are,
I love to share with
you all.
I have another postcard post soon. Take Care xox
﻿
on January 22, 2016