Huge thanks   to
Jackie of
JUNK  BOAT  TRAVELS
who is still on her
fantastic trip .
I have been so lucky
that she has sent me  super cards
from lots of places..
This time we are in California . 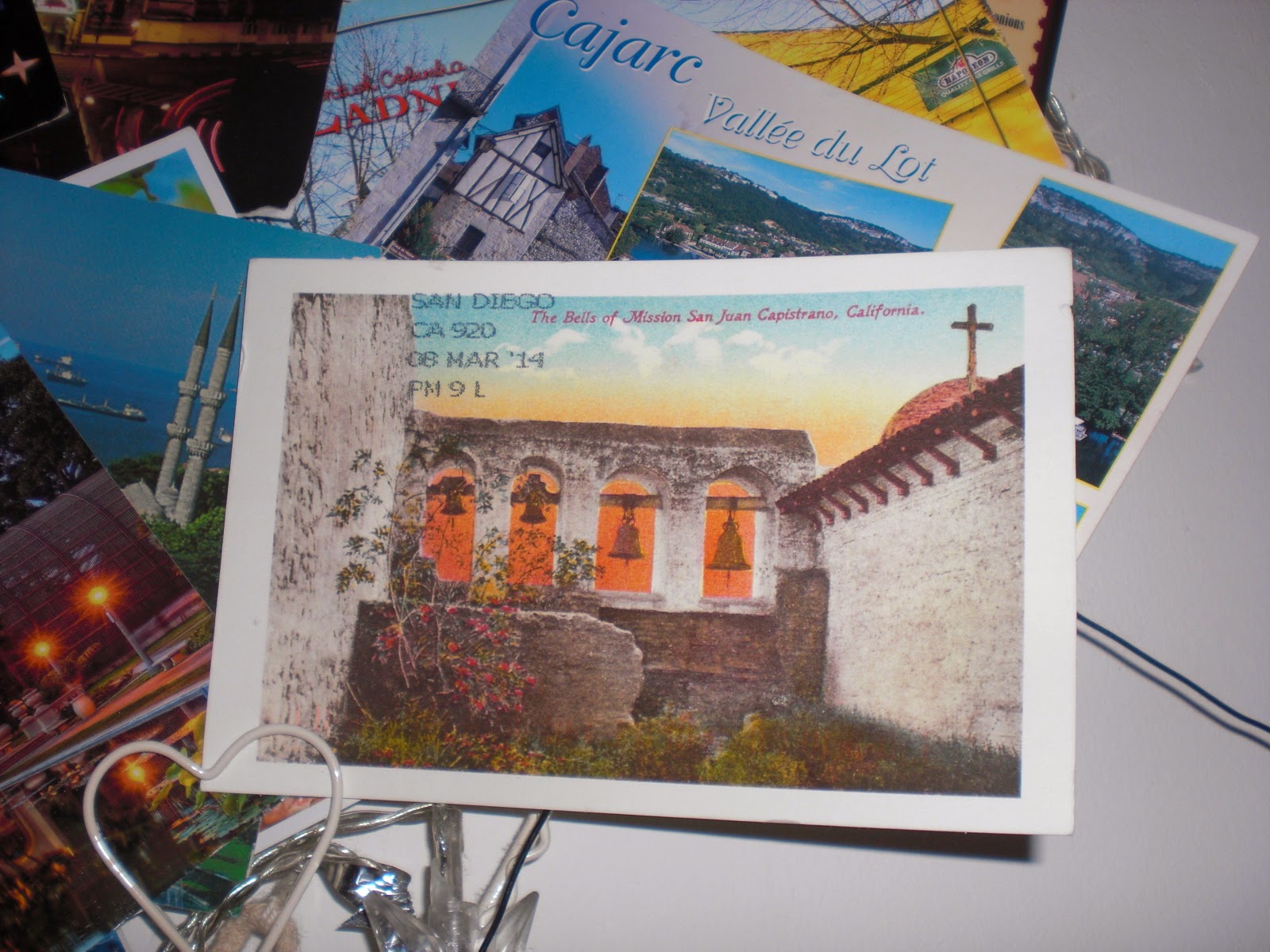 This is  one of
The Bells of Mission San Juan Capistrano
It was founded on All Saints' Day November 1, 1776, by Spanish Catholics of the Franciscan Order. It  is  home to the oldest building in California still in use, a chapel built in 1782.

The Great Stone Church had bells hung in the tower and when the church collapsed in a massive earthquake in 1812, the four original bells survived and were hung in a bell wall the following year. The two largest bells were cast in 1796, the others in 1804.

In 2000 the bells were removed from the bell wall and used for molds to make copies. They were saved after the copies were made, then  placed in their current location in 2004. The two large bells on display within the Great Stone Church are now the original bells. The large bells in the bell wall are copies. 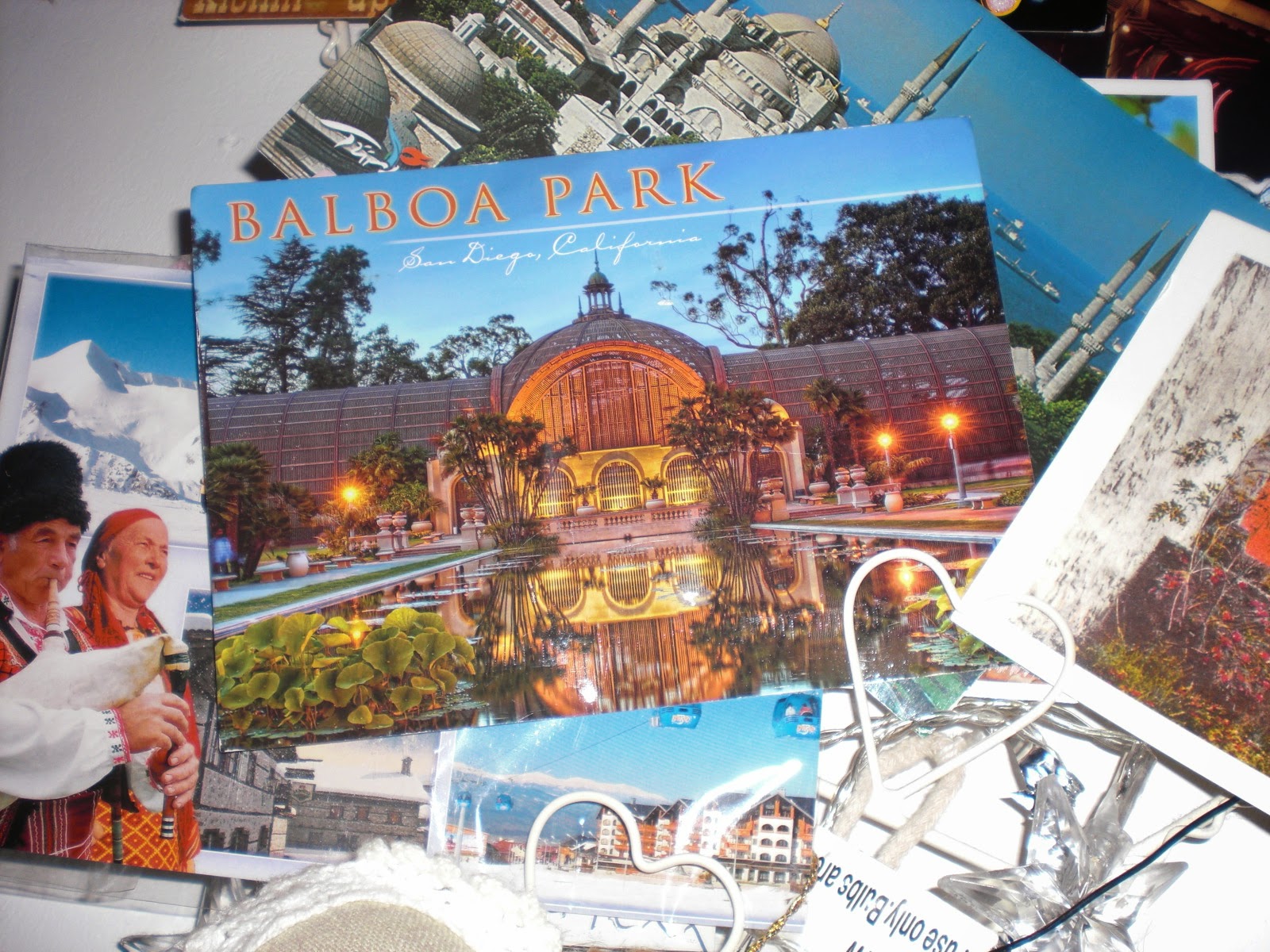 The Botanical Building
Balboa Park
The view of the Botanical Building with the Lily Pond in the foreground is one of the most photographed scenes in Balboa Park and a "must-see" destination in San Diego.
Built for the 1915-16 Exposition, this historic building is one of the largest lath structures in the world.
Balboa Park is a 1,200-acre urban cultural park in San Diego, California. As well as open space areas, natural vegetation zones, green belts, gardens and walking paths, it contains museums, several theaters, and the world-famous San Diego Zoo
Jackie's blog has special themed day posts ..
.Monday Murals, Time Travel Thursdays and
Weekend Reflections just to name a few
and of course her fascinating travel stories ...
You will certainly find something of interest and a great read .
Big thank you to you Jackie
♥♥♥♥♥
on March 17, 2014