The small and quiet but well known village of Aquileia lies in the plain of Friuli not far from the lagoon of Grado. In the 2nd century AD, the Romans built the town-fortress that became one of the most famous towns of the Empire, not only for its military, prowess and its economic wealth, but also for its cultural and spiritual magnificence

Aquileia  was destroyed by Attila in the mid-5th century. Most of it still lies unexcavated beneath the fields, and as such it constitutes the greatest archaeological reserve of its kind. The patriarchal basilica, is an outstanding building with an exceptional mosaic floor, and played a key role in the evangelization of a large region of central Europe. 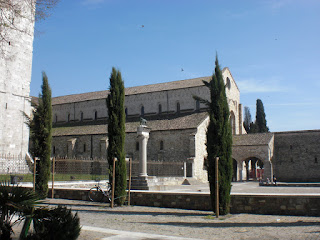 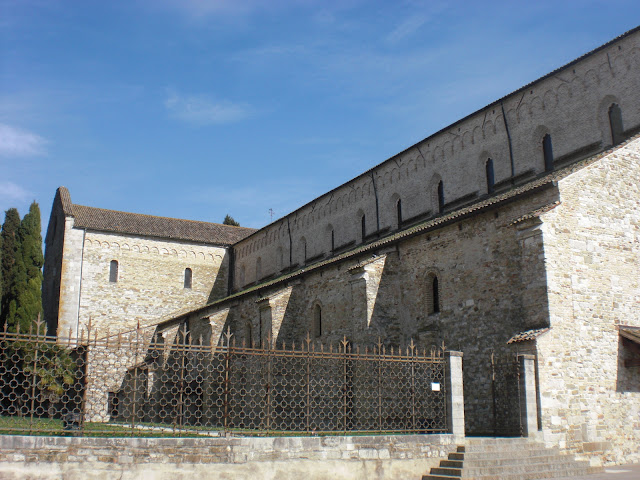 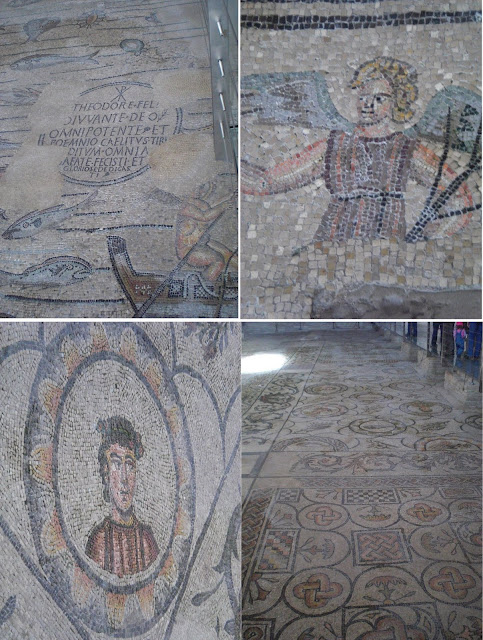 Glass walkways run either side of the nave so that visitors can admire the decoration without damaging it. The mosaic features early Christian iconography such as a contest between a cockerel and a tortoise ('light' and 'dark'), representations of the seasons  and towards  the altar is an illustration of the story of Jonah and the whale, complete with a range of swimming sea-creatures. 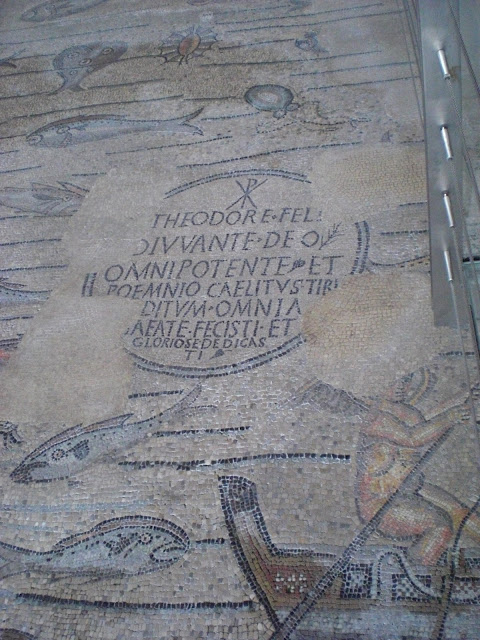 At the beginning of the 20th century, the ancient mosaic pavement was discovered below the nave floor and is thought to be the earliest surviving remnant of any Christian church. 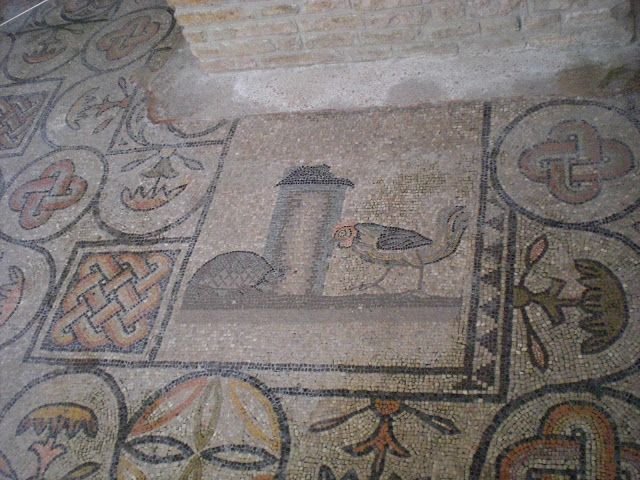 The wooden ceiling is from 1526 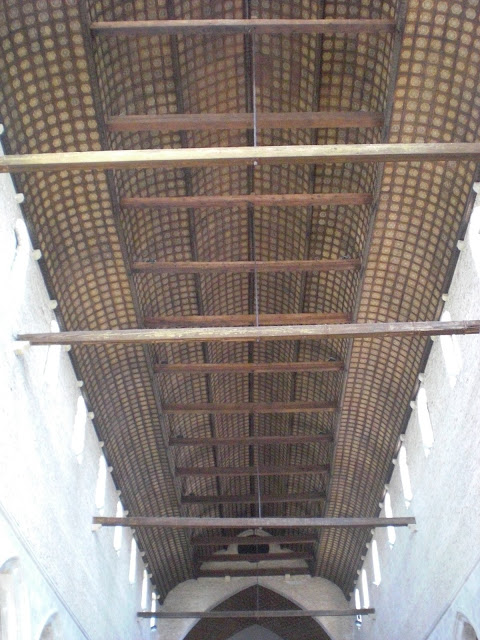 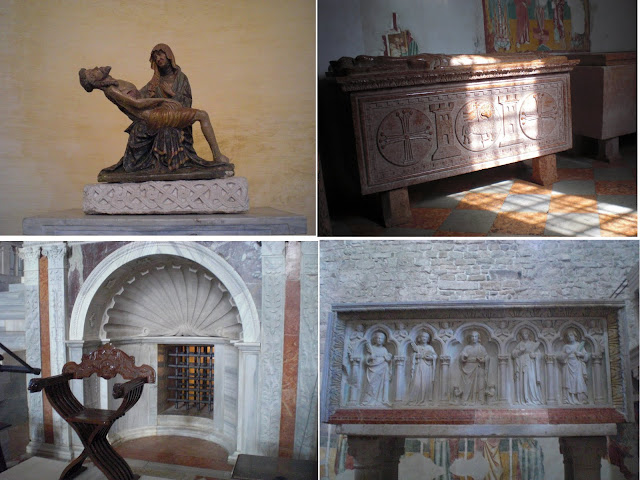 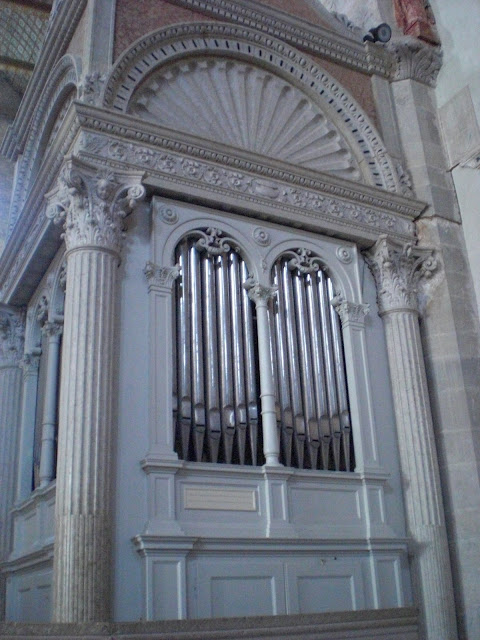 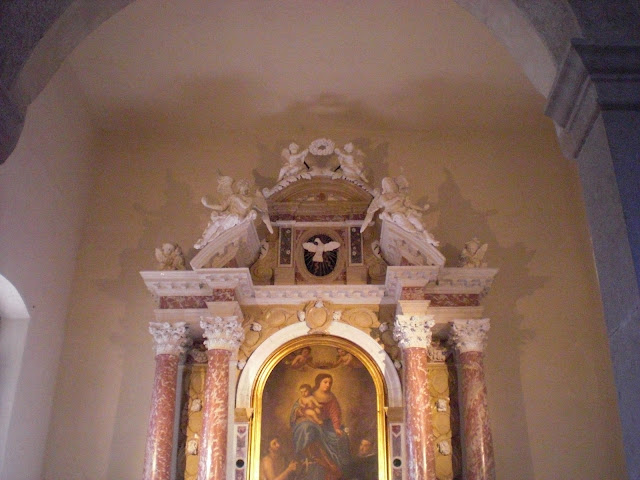 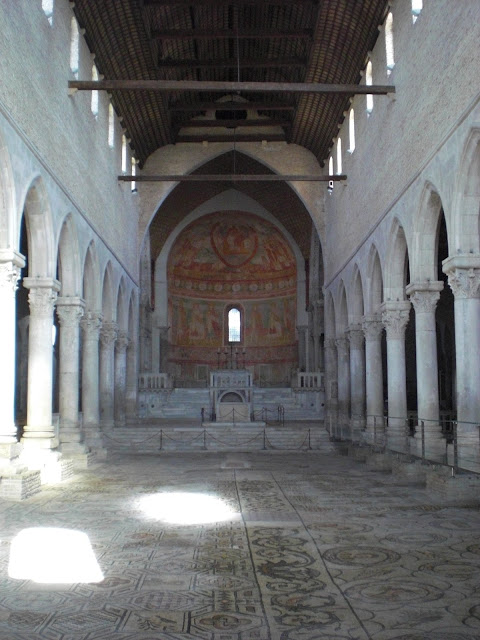 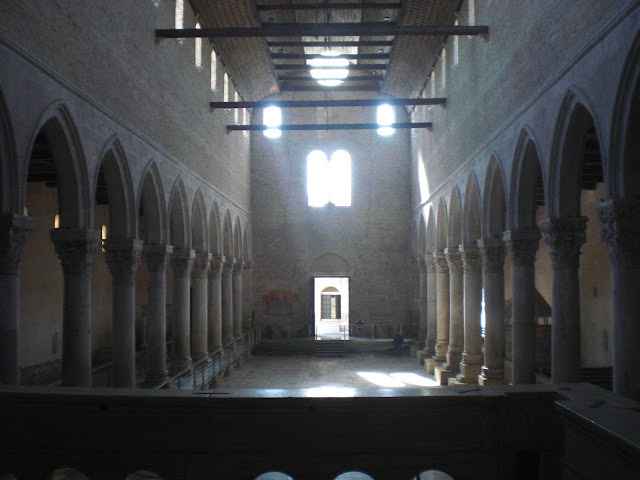